We Don't Know How Lucky We Are

I get a bit of a kick out of showing people the epic backcountry we have here in New Zealand. So when Abram, a young American working in Australia put a request on the forum asking for advice on hunting in New Zealand, I put my hand up. 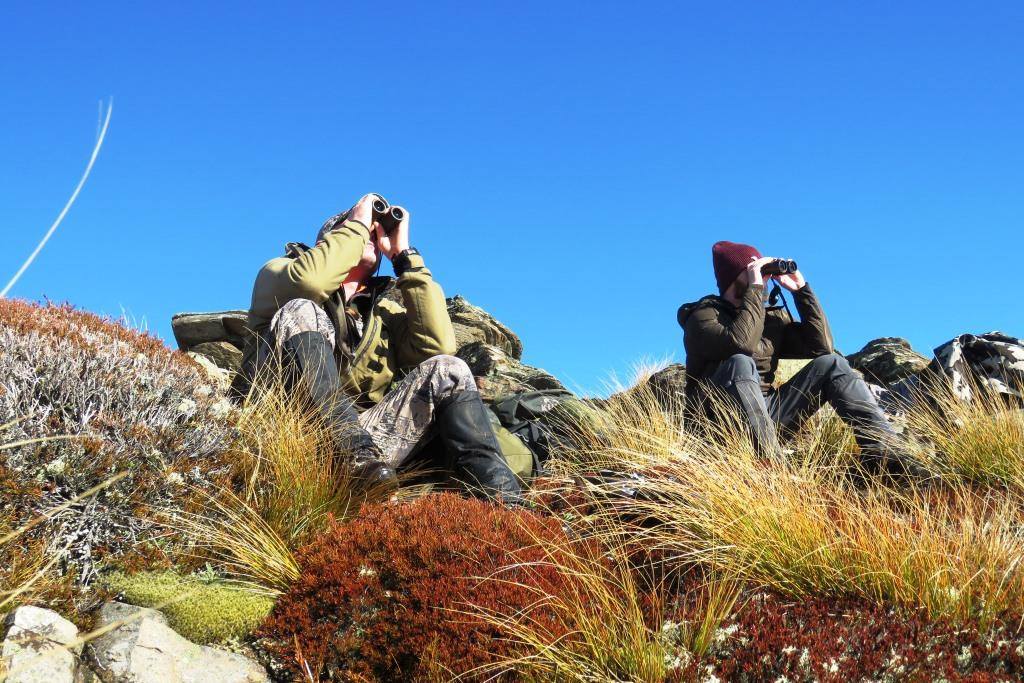 Abram was a bit time poor and really only had a weekend to get out and hopefully see some animals. So I contacted him and explained that if he made his way to Queenstown airport I’d guarantee him a look at some animals amongst our awesome scenery, but couldn’t guarantee a shot at something - although we’d try our best. He booked his tickets almost immediately!

He arrived in Queenstown at 9am on Saturday, and after one hell of a good weekend I dropped him back at the airport first thing on the Monday morning so he could be back in his Sydney office before lunch.

A quick coffee stop upon arrival and we were off out of town in the Landcruiser for the two hour journey to a public land spot I know well. We spent the weekend trekking about in the mountains and had two long days hunting for deer and chamois. 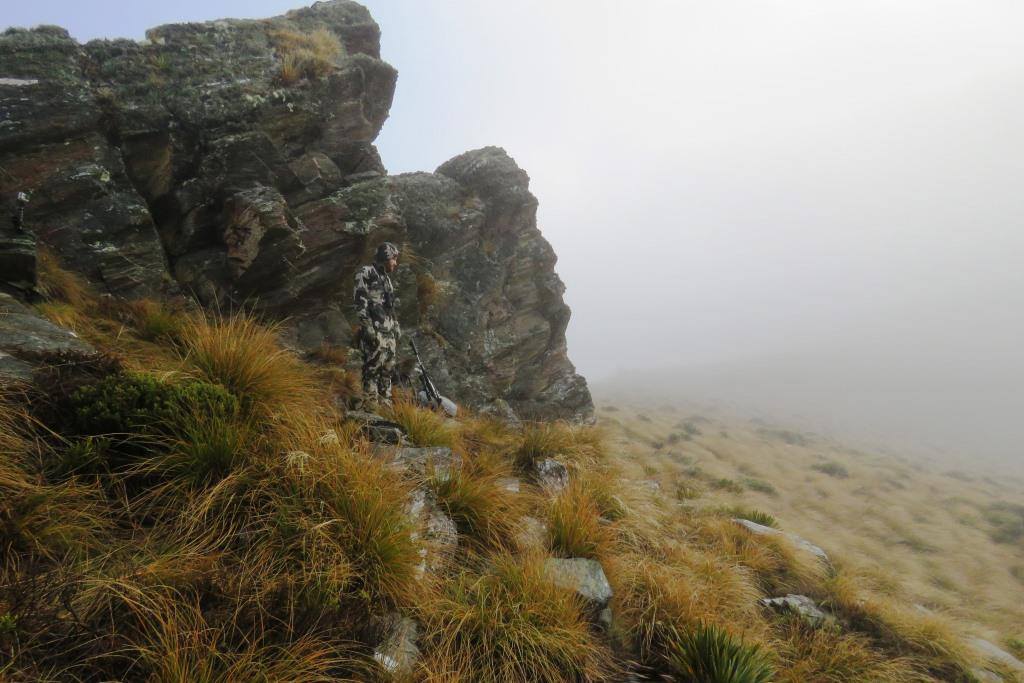 Long story short is that we covered a heap of country - lots of kms, and got pummelled by gale force winds, snow and sleet, as well as being fogged in for several hours. Persistence in the end paid off and we saw a few animals, even managing to take a couple home. 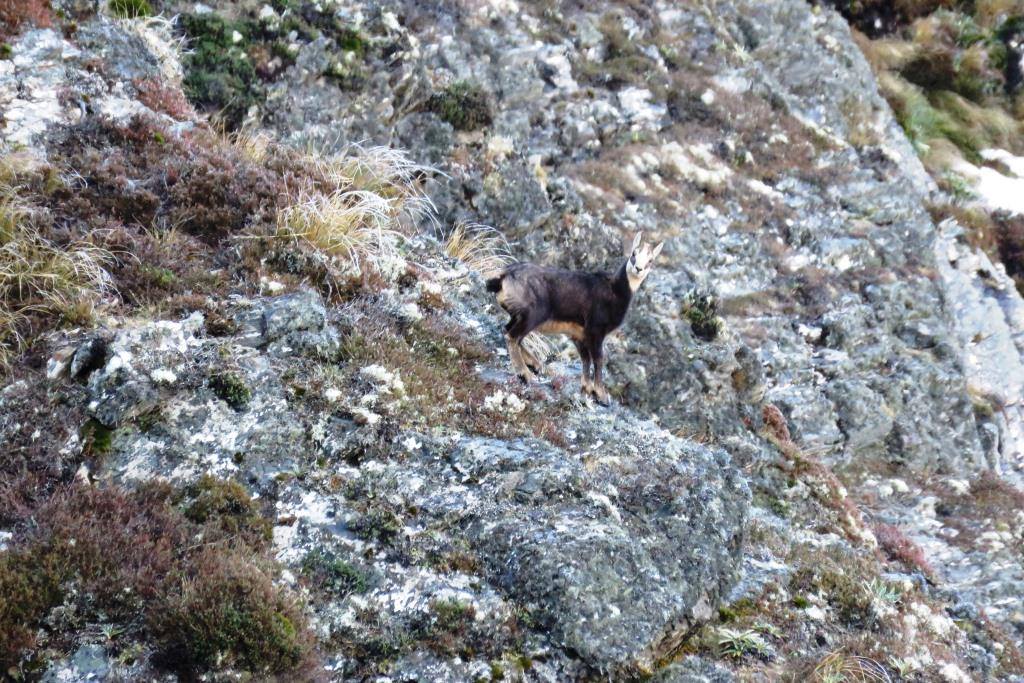 Late on Saturday afternoon, not six hours after arriving in our country, we stumbled onto a group of deer in a sheltered spot. Frantically we set up as the deer became suspicious and prepared to flee, then with a perfect shot Abe rolled his first ever red stag - which incidentally was also his first antlered deer, having only shot cow elk in the US. Antlers and meat sorted we continued hunting. 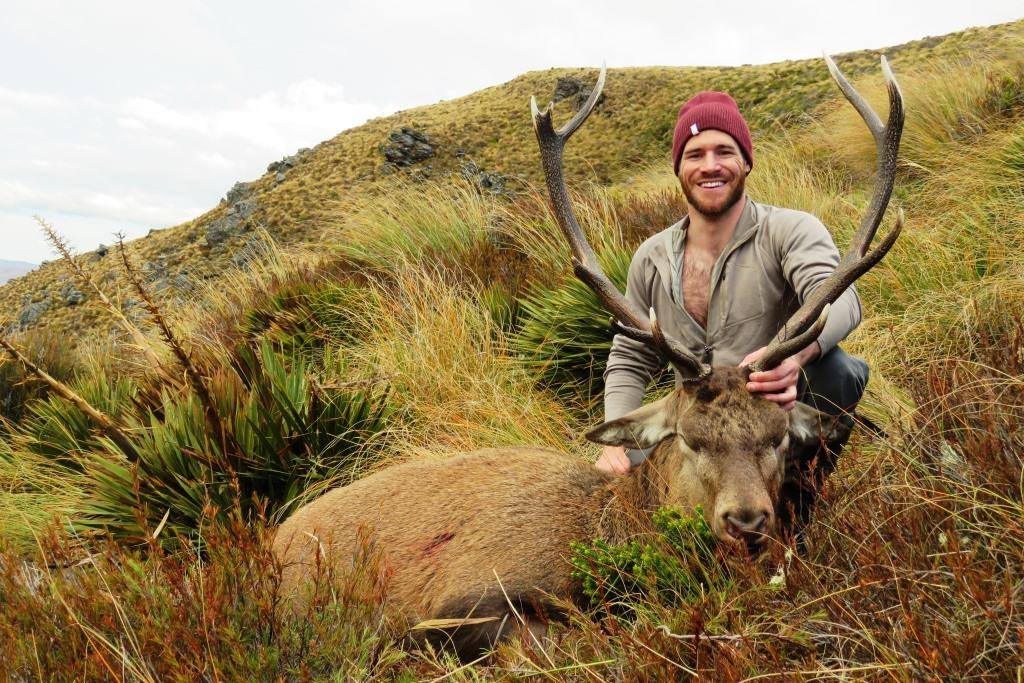 We were then fortunate enough to find a few chamois after sitting for six hours in pea soup fog. We made the most of the few hours of daylight left and pulled off an epic stalk to secure him his 2nd NZ game animal - a nice chamois doe. Chamois horns and a beautiful winter skin to take home to the US sorted! To say he was stoked was an understatement, as was I with the effort he put in. He deserved it. 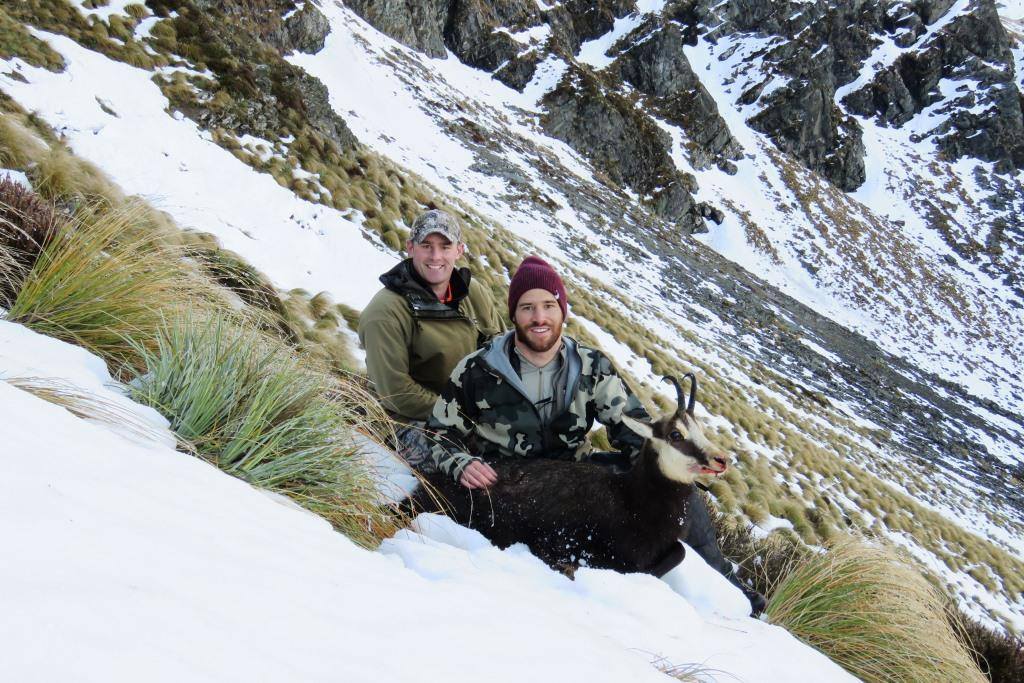 The icing on the cake though, was a 10.5-inch chamois buck, which Abe kindly offered me the shot on after I said it was the biggest chamois I’d ever seen. The buck appeared right on dark across a couple of gullies, and after a quick sprint to close the gap, a single shot dropped him on the spot - almost 15 years to the day since I shot my first chamois buck. He’s easily the biggest I have ever seen in the flesh and likely to be the biggest I’ll ever see. He’s going on the wall. 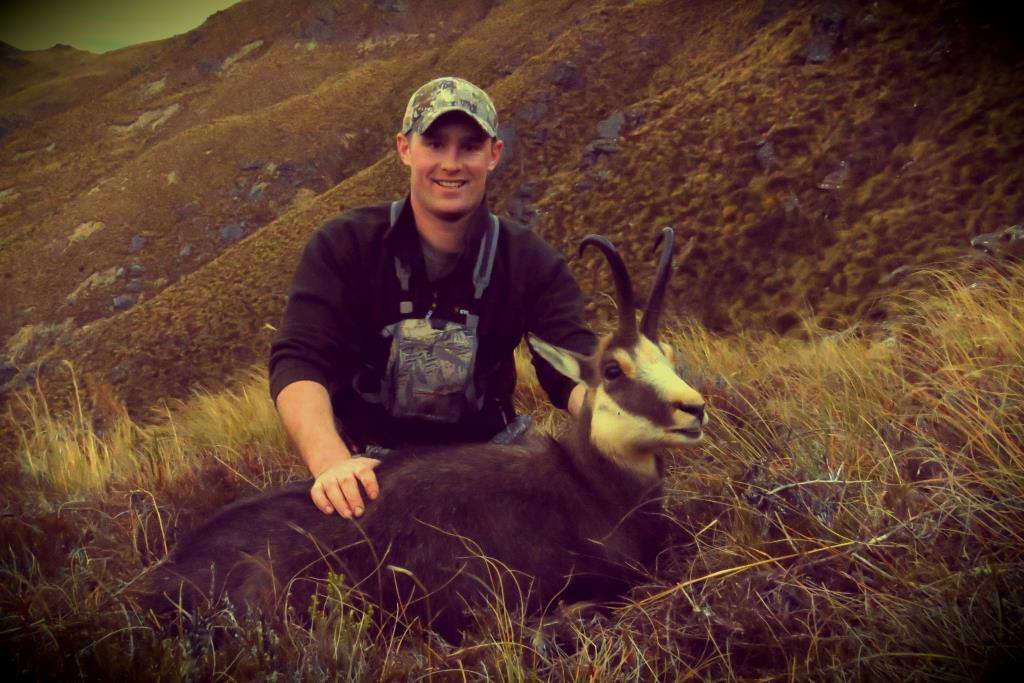 It was a pleasure to hunt with someone from the other side of the world, who is as passionate about the mountains and outdoors as me. NZ public land hunting at its best – I was reminded by him on more than a few occasions during the weekend - we truly don’t know how lucky we are.