I’ve always loved reading history – human behavior fascinates me.  If my reading of history has taught me anything – and I’d like to think that it has – it’s that people kill people.  A lot.  We do it constantly.  And we’re pretty good at it.  Well……some of us are obviously better at it than others.  Anders Breveik clearly had his head in the game more than most, Mao trumps Stalin, and quite frankly Bush/Blair Inc. have made Mr Bin Laden look like a bit of a mummy’s boy.  But ultimately, where there is a will, there is way.

And we always find a way. 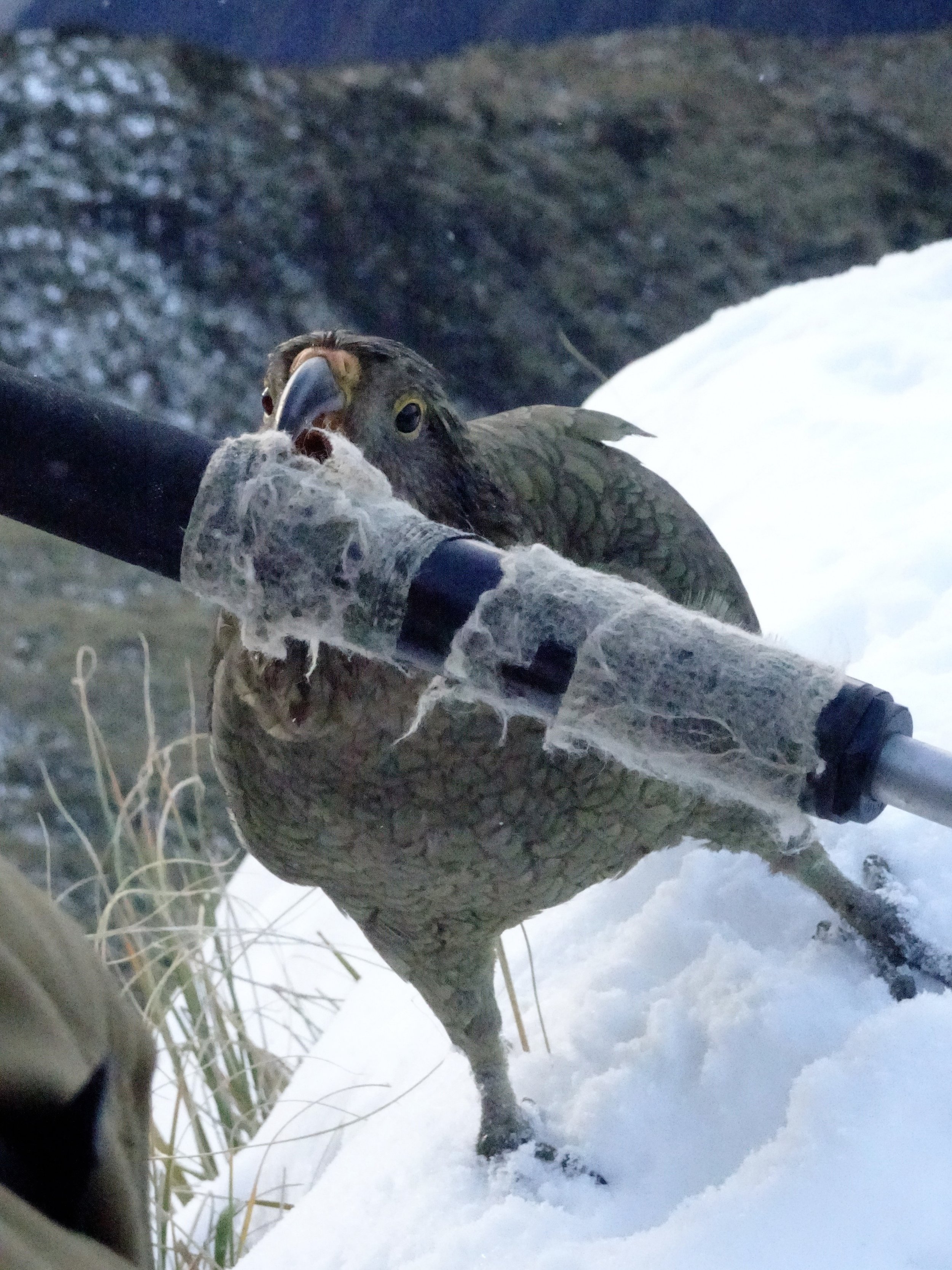 We kill each other for all kinds of reasons_ personal, political, economic, pseudo religious and miscellaneous.  There is also expediency, criminal practicality, desperation, perceived necessity, madness and revenge.  We kill by accident and by omission.  Some of us kill for fun.

And we’re very good at coming up with new and better ways of killing each other.  Before we had bombs we had guns, before guns we had bows and arrows, before bows and arrows we had swords and spears, and before that we had sticks and stones.  Knives, chainsaws, assorted sporting goods, jug cords, cliffs, oceans, wild animals, poisonous gas, furniture and electronic appliances – we’ve put all of them to good use.  And in the absence of anything else, we’ve used ourselves – fists, elbows, knees, feet, head and teeth.  Rapunzel could have used her hair.

We’ve always done it and we always will.  We always find a way.

I think – and the Terminator would agree with me – that we kill each other because it is in our nature to do so.  This extended shenanigans that we call life is a truly hazardous business and the human being is a dangerous creature – even the BFG knew that much. 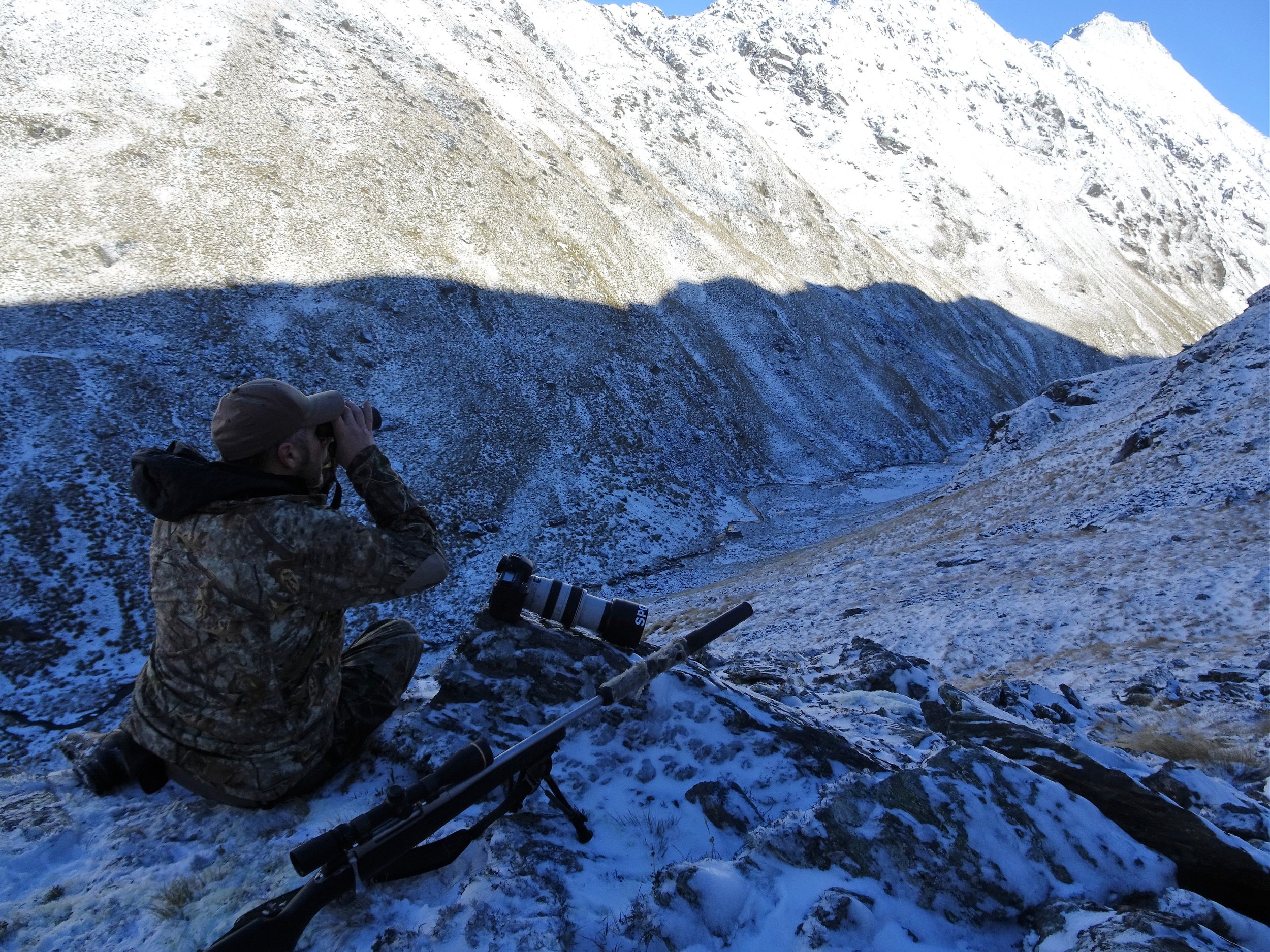 Which brings me to my next point_ guns – the private ownership and utilisation thereof.

Some people like guns.  Other people don’t.  They’re a little like bit flags and governments in that respect.  They’re one of those things that people tend have reasonably strong feelings about – one way or the other.  And they have a way of regularly cropping up as a point of discussion in our incredibly objective and emotionally restrained news media.  But before I go ahead and try to make my own objective and emotionally restrained point, allow me – in the spirit of transparency – to provide a little context.

Being a keen hunter and so also an owner of several firearms, I suppose I am relegated somewhat inexorably to the ranks of what might be considered ‘Pro-Gun’. There’s no real escaping that.  However, as it happens, I am also Pro-Screwdriver, Pro-Garden Rake, Pro-Ballpoint Pen and Pro-Toilet Paper.

It’s crazy, I know – so many militant causes for one man to be a part of.  But I digress…

For those of us who use them (for my part, to put meat on the table), firearms are tools – nothing more.  Admittedly, they are for some people are rather scary tools – a gun is after all, an instrument of destruction.  And I get that – I’m terrified of chainsaws.  They scare the crap out of me!!  Two wheel motorbikes as well.

Guns are by their design and very nature, potentially hazardous items.  But then so are chainsaws, automobiles, garden rakes – actually pretty much any kind of tool.  Pointy writing implements too.  I’m not sure just how readily you could snuff someone with a roll of toilet paper……but we are an inventive bunch.  Number 8 Wire and all that.

Virtually any item – common or uncommon – can be used to maim or kill.  Where there’s a will……aye, there’s the rub.

To the best of my knowledge, guns don’t load themselves or choose their victims.  We do that.  Guns are not, as some of the more hysterical elements of our society would have us believe, green-eyed monsters that lurk in the closet – like the Boogie Man or Michael Jackson. They are inanimate objects – like sticks and stones.

When was the last time you read or heard about a gun busting itself out of a locked gun cabinet, walking over to the ammo safe, loading itself and then heading out into the big wide world to shoot people?  It just doesn’t happen – at least not in New Zealand.  It could happen in American – I mean, if Donald Trump can run for President, then a gun can probably have feelings.  But it doesn’t happen here or anywhere else that I’m aware of.

Granted, guns do allow their users not only to kill – which is sort of the whole point of them – but to remove themselves physically and so emotionally from their victim.  And no, not everyone should have them – because they are inherently dangerous.  But last time I checked, precisely the same was largely true of motor vehicles.  And chainsaws.  And kitchen waste disposals systems.

Given the number of people who are killed on our roads every year, how is it acceptable for a private individual to own more than one car?  Surely that’s just asking for trouble.  No one looks twice at a builder who owns more than one power tool – indeed, we would think it somewhat odd if he didn’t.  And who would criticise a woman (or a man for that matter) for owning several pairs of shoes?  But people who own more than one firearm are regularly described as ‘gun nuts’. 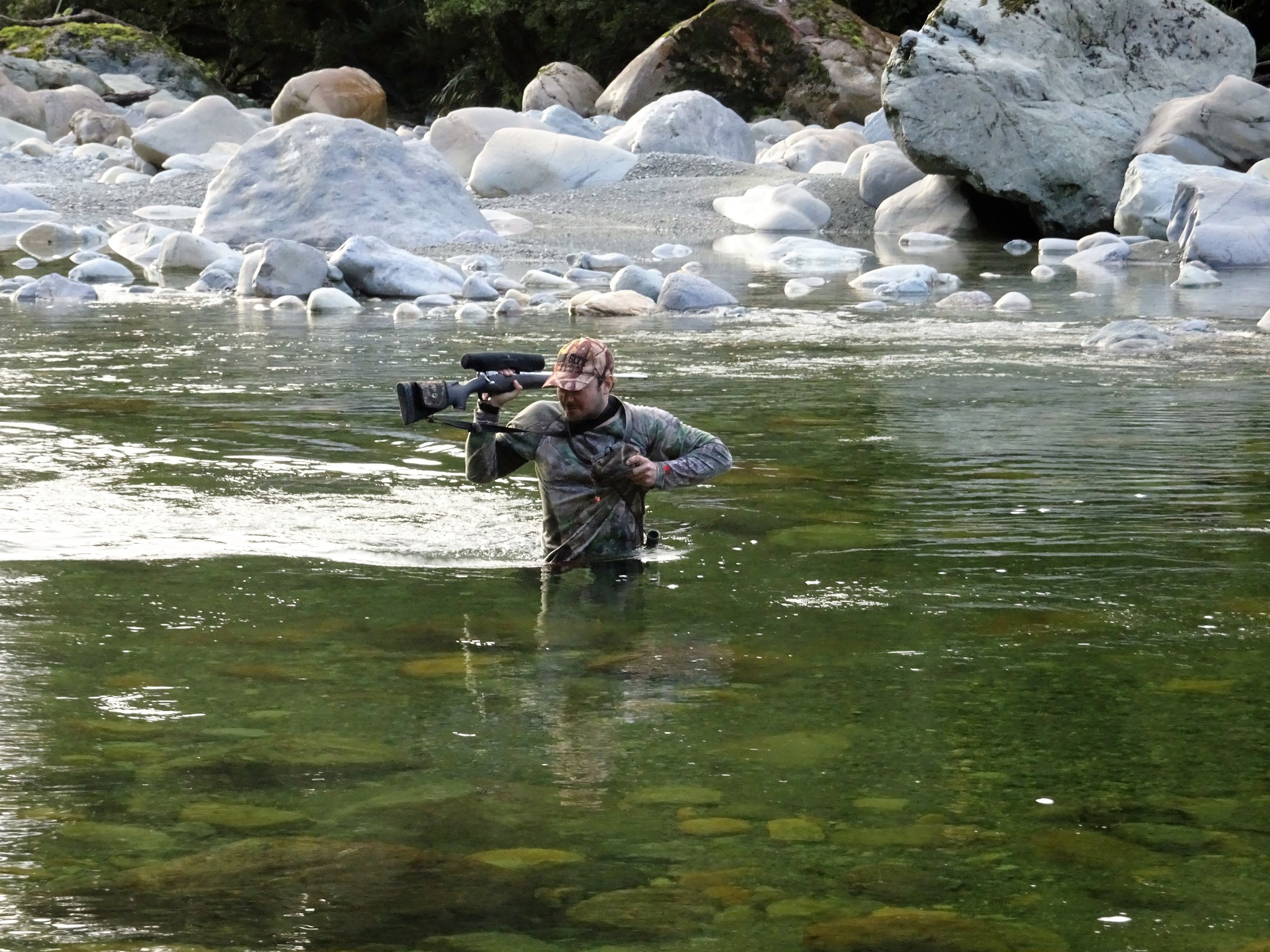 I myself own the following firearms_

Someone may ask “Jeremy, why do you have so many guns?  Isn’t one gun enough?”

A fair enough question.  Allow me to offer the following responses_

1.      Asking someone who regularly uses guns – i.e. a hunter – if one gun is enough, is somewhat akin to asking an electrical engineer if one screwdriver is enough.  Well, yeah – one screwdriver is enough if you’re planning on only ever doing jobs that involve screws that fit a single gauge of screwdriver.  On the other hand, if you’re hoping to have something that resembles an actual career as an electrical engineer, walking around with one screwdriver in your pocket is going to be about as much help as a third testicle.  If my wife asks me to bring home a couple of rabbits so that she can make her excellent rabbit stew, my 7mm08 will be a poor choice as it will turn any rabbits it hits into pink mist.  My .22, though perfect for hunting rabbits, is not likely – at least in my hands – to knock over too many red deer or wild pigs.  Employed accurately, my beloved .222 will quickly and cleanly dispatch all three of the aforementioned animals with devastating lethality – but not beyond 200 yards.  You need the right tool for the job.

2.      Last time I checked, four (4) was only four places away from zero.  To my way of thinking, a number that close to not being a number at all, cannot really be considered to be a big number – i.e.  many.

3.      If your concern is public safety, who presents the greater threat?  Me with my four rifles and no intention or reason to harm anyone?  Or some other guy with no guns, six empty cans of beer and a car?

It all makes good sense to me……but this kind of rationale doesn’t work for some people.  And I can dig it.

But irrespective of how any one of us may feel about guns and the private ownership of them, at the end of the day there is no getting round one very simply truth_ people kill people.

But sometimes we use bed linen.

We are dangerous creatures who live in a dangerous world.   Is that so difficult to accept? 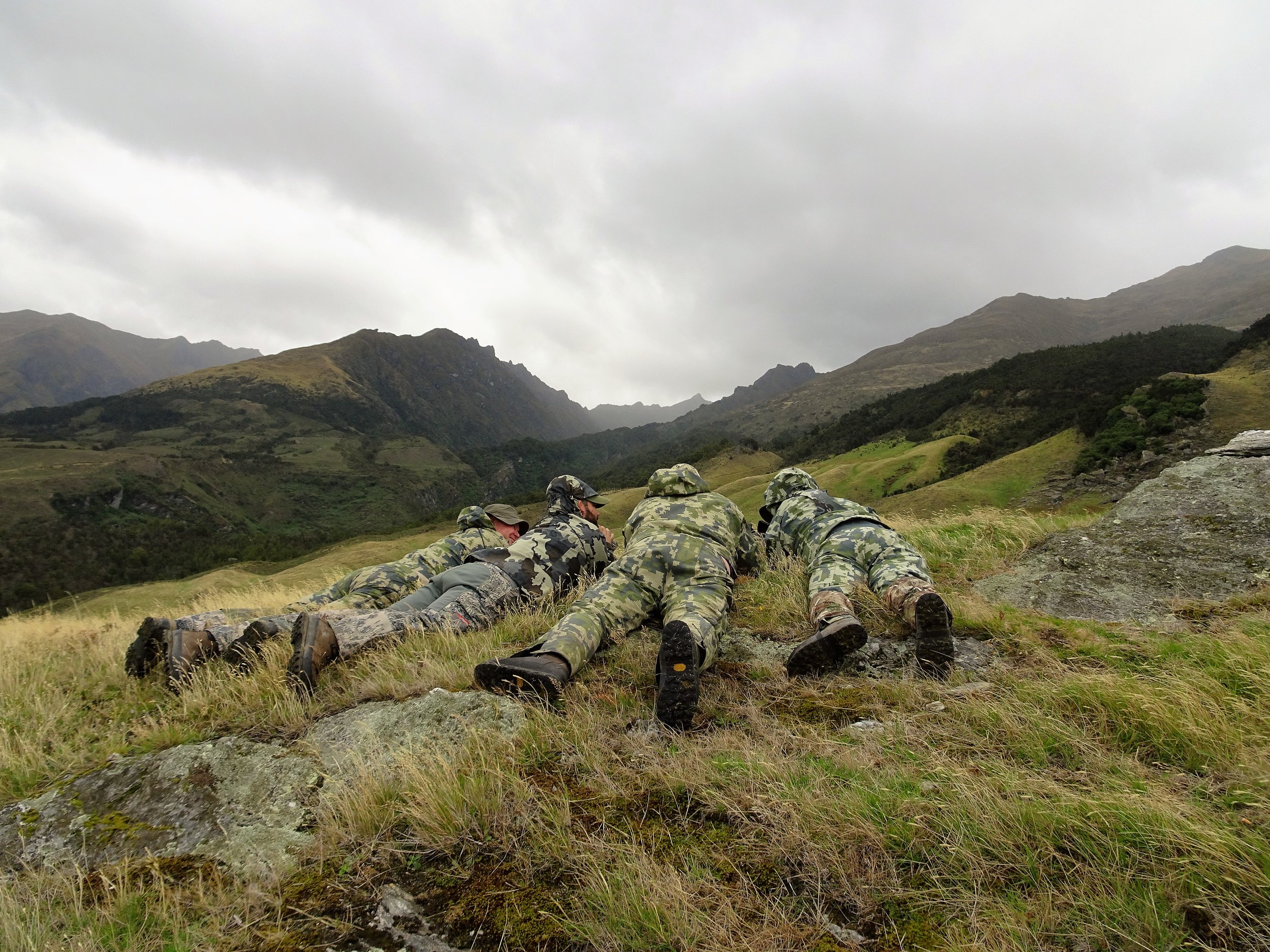 Life is pain, Princess.  Anyone who says otherwise is selling something.”

The Dread Pirate Roberts in The Princess Bride