For years I have primarily hunted solo without the added pressures of hunting with other people. I’m sure most people can relate to the inconvenience of a mismatched hunting partner, such things as differing pace to having differing ethics and objectives.

A while back I was lucky enough to meet my hunting “soulmate” if that’s a thing. I first met Drew through another hunting associate who was kind enough to lend us a dog to have a go at catching a pig. At the crack of dawn we were on the hill heading to an area where I had seen some fresh rooting during the week. Upon arrival we let the dog out and before we knew it she was up the hill bailing balls to the wall. It didn’t take long to close the distance and tip it over. It took even less time taking turns to haul it back to the ute. 200 pounder on the deck in under an hour not bad for a couple of rookie pig hunters. 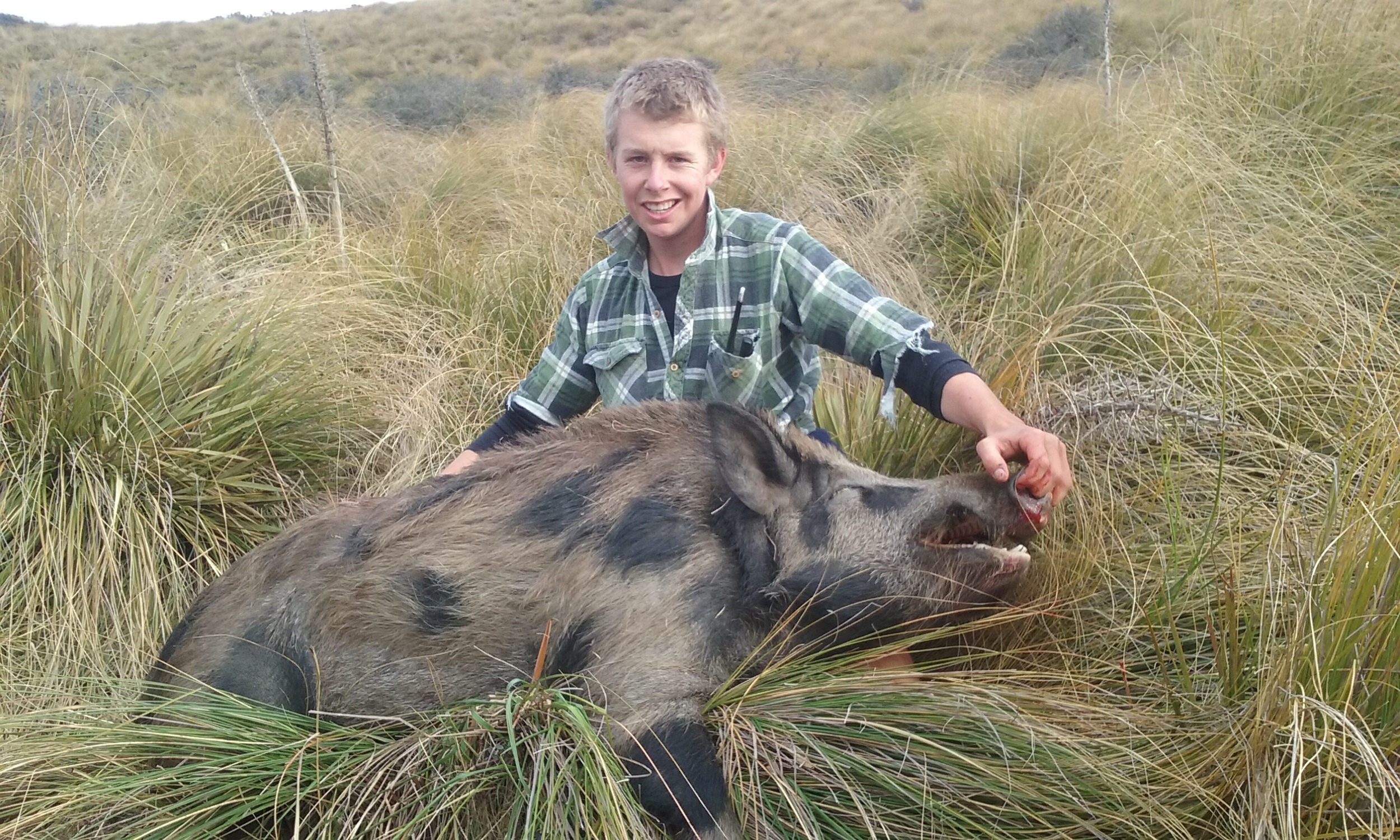 Considering the success of our first hunt it wasn’t long before we were at it again this time putting pressure on a few stripping fallow bucks. With our combined spotting power it was all too easy tracking down a couple of big palms in the open tussock country. Upon closer inspection I concluded the biggest buck was smaller than my current best (and so hoping I wasn't wrong!) and handed the gun over to Drew who did the business taking his best head to date and a very nice one at that. 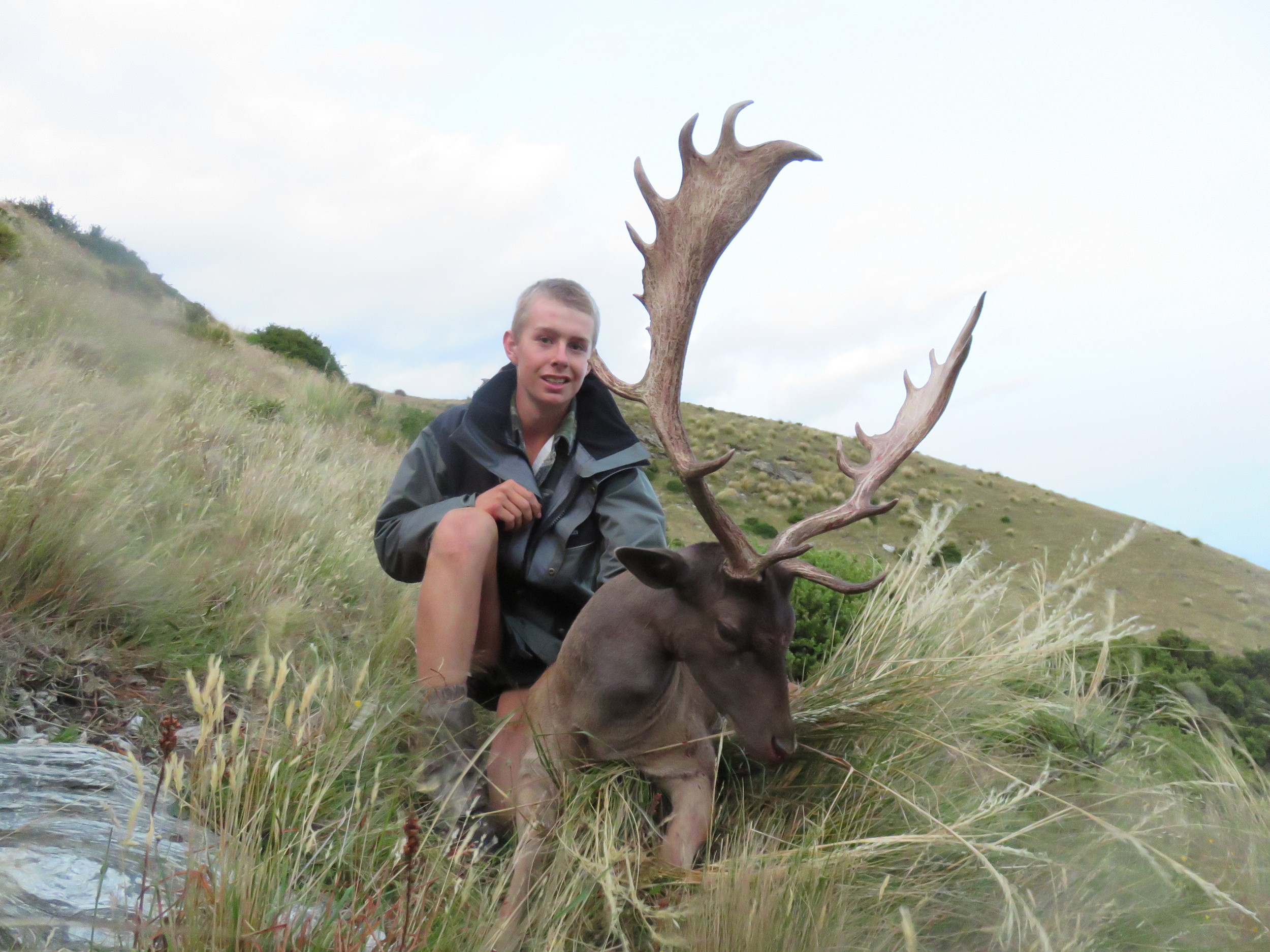 The roar was upon us and the red skins were going to town. Sorting through the stags for a shooter was perhaps the trickiest part of the mission having some very interesting encounters with juvenile stags. Picking our stag the plan was to sneak in to his territory and give him a couple of moans to entice him out of the scrub. This stag was not at all happy about having someone in his territory but instead of coming out to challenge his opponent he tracked up and around the base of the hill trying to intercept our scent. Quickly changing tact Drew stayed put sporadically roaring keeping him interested while I crept in downing him cleanly on the spot. A solid 10 pointer and one cunning stag to make yet another memorable hunt. 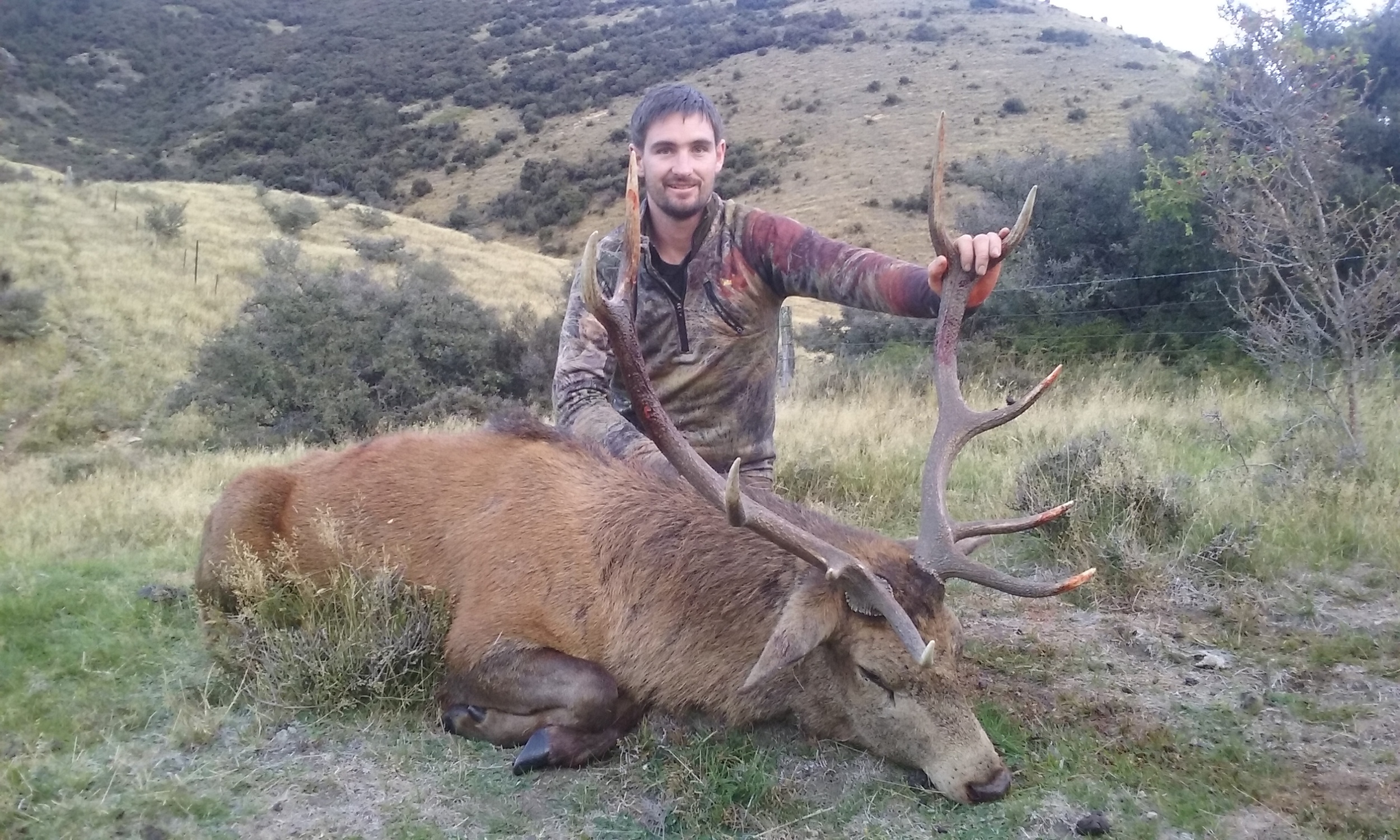 Creating the ultimate hunting team can be tricky as everyone is different. We all have varying hunting techniques, abilities, goals and outlooks making some partnerships complimentary and others quite the opposite.

The success Drew and I have encountered is not by chance but driven by a near perfect dynamic on the hill. Similar physical abilities, hunting experience and being on the same page about what animals to target allows us to locate, subdue and retrieve in sync. Beyond all else our combined mountain and firearms experience lends itself to a high level of trust and knowing we will return home safely at the end of the day. When out on the hill with others always be aware of their strengths and weaknesses. Look after your mates, work together and the animals will come.

Till the next mission