A Stroke of Luck

There is nothing more exciting for an experienced hunter than spotting that once in a life time monster, then applying that carefully planned stalk and pulling the trigger. 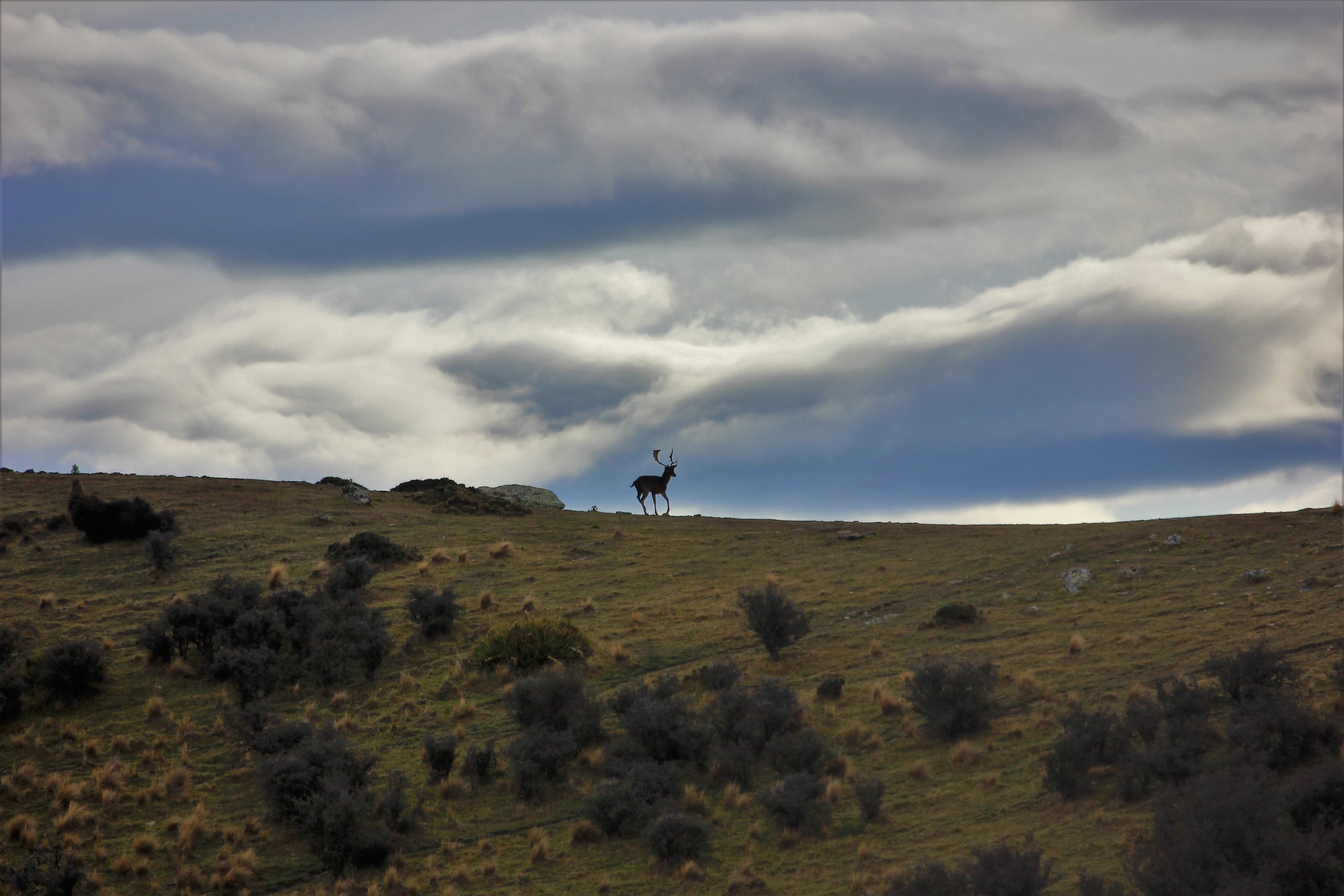 My first real heart thumping experience as  hunter hit me out of nowhere and I remember it like it was yesterday. After a friend stopped in to tell me the stags were roaring I got motivated and grabbed the gun for a quick evening hunt. It was late in the day when I spotted my first animal and on closer inspection I found three red stags. Deciding they weren’t shooters I laid back in the tussocks watching from a distance. After an hour or so and with fading light it was time to head for home. As I moved a fallow buck popped out beside the reds. I had never shot a fallow buck and quickly decided this was my opportunity.

I maneuvered into the closest shooting position possible without spooking the deer. 430m was a long shot for me but I knew my gun was geared up for it. I squeezed the trigger, the gun went off and my heart hit the ground as the buck jumped forward appearing unaffected. His true size was apparent when he moved, I had just stuffed up the trophy of a life time. I hastily reloaded bringing the cross hairs back to its shoulder and started to pull back when the buck collapsed. My heart went from misery to disbelief in seconds. Then panic mode, I had no idea how to cape out an animal and had quite a daunting walk out ahead of me. I arrived home well after midnight absolutely exhausted but with a smile ear to ear. 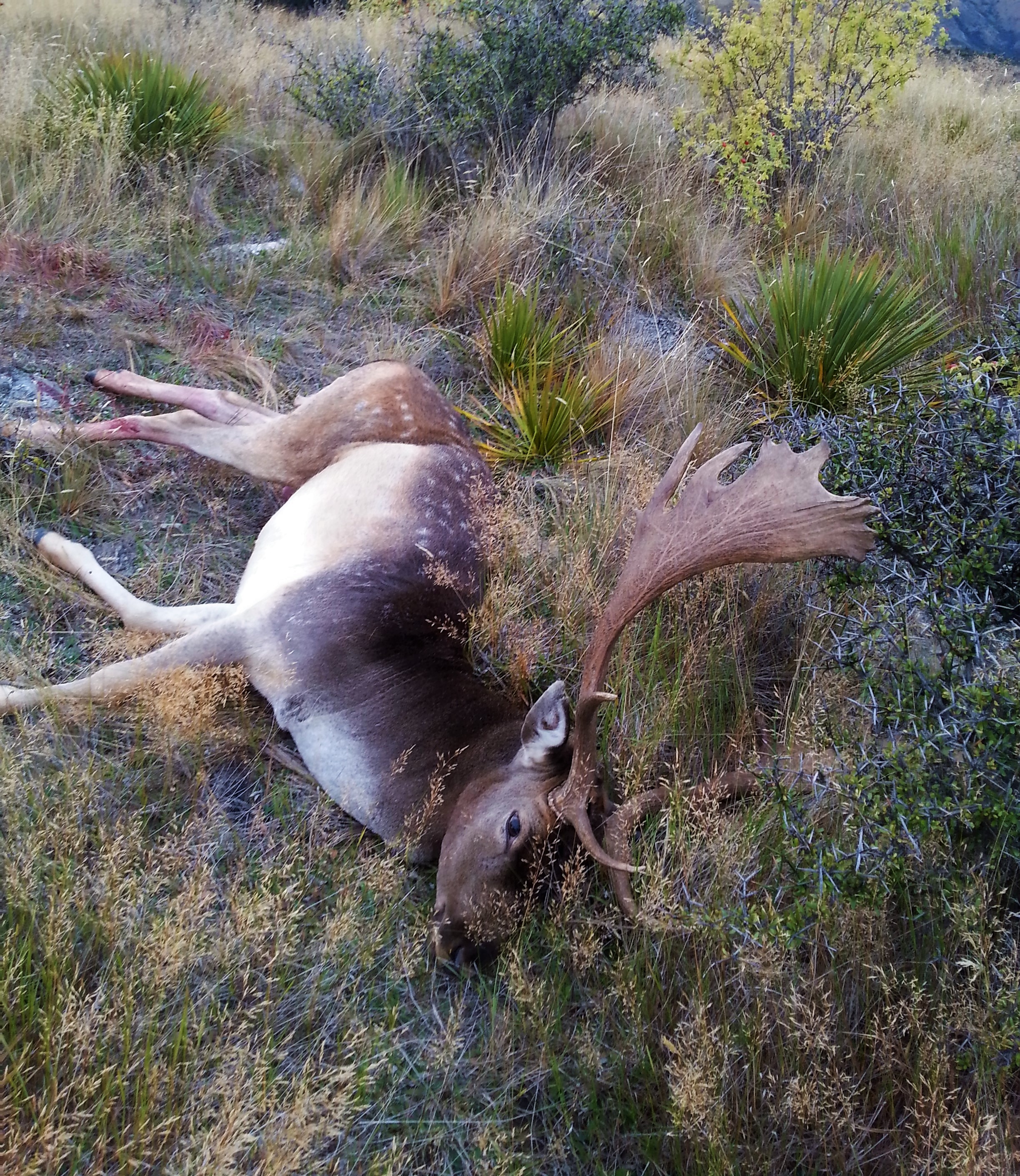 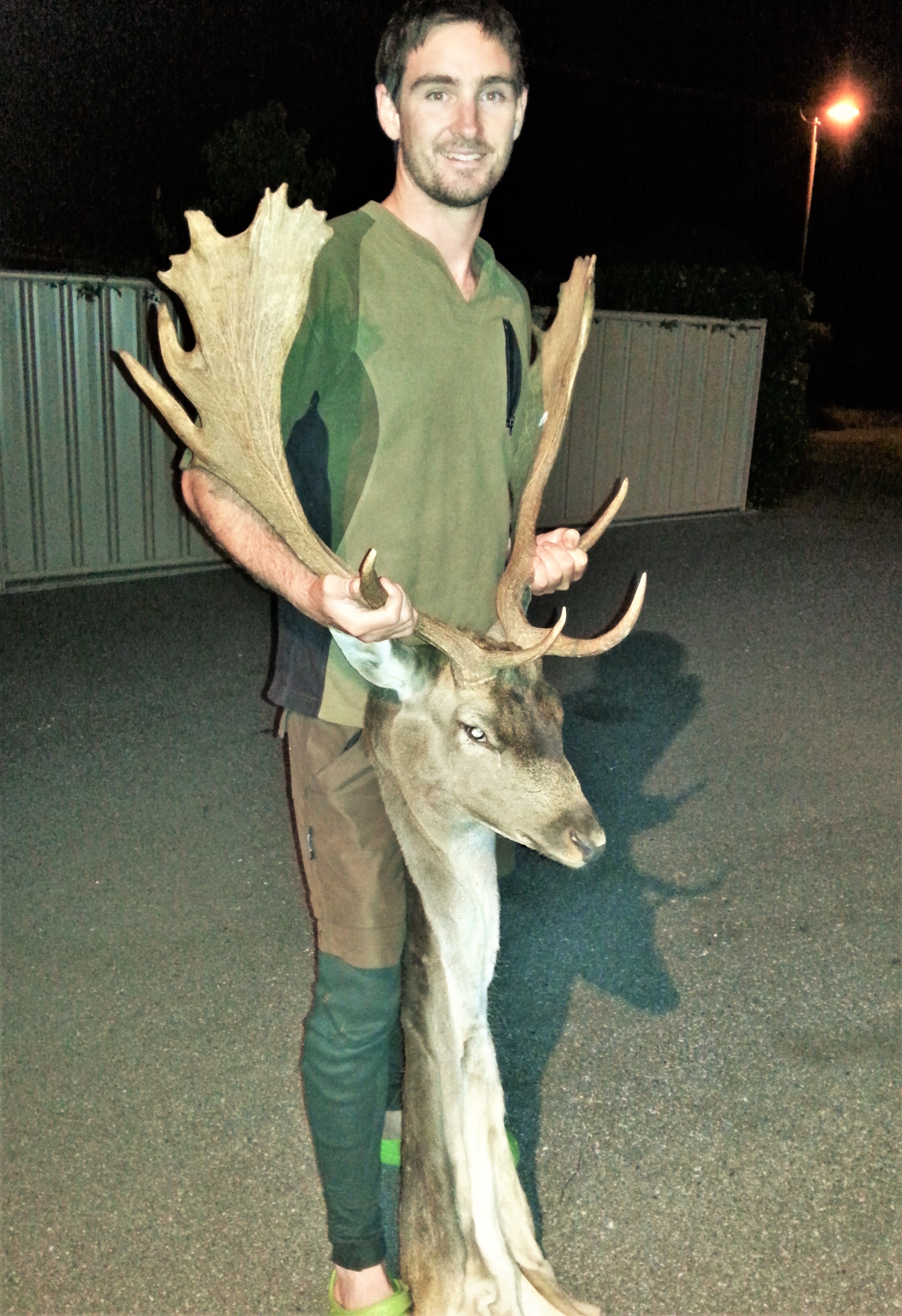 Over the years I have had a few of these heart racing moments in particular downing my mule deer in Wyoming. This was my first deer with the bow and the adrenalin dump after sailing an arrow and watching him go down no more than 60m from where I shot was out of this world. 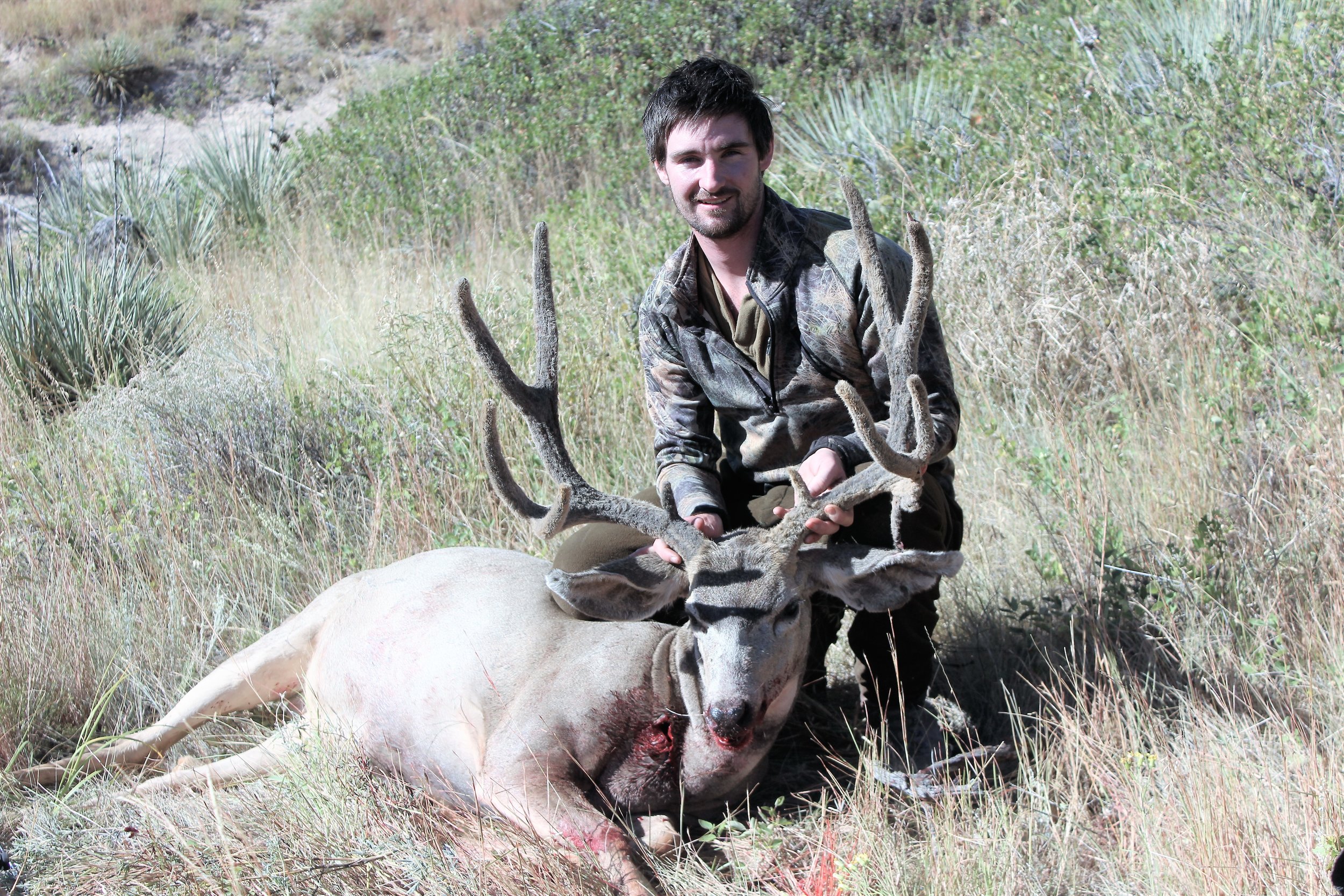 My latest heart thumper was only a few weeks back. A friend and I set out early to one of my favorite fallow deer spots. We got up high under the cover of darkness to intercept the retreating deer as the sun come up.

I don’t often see reds on this property and it was an exciting surprise spotting a mob of stags below. We dropped down to ambush them only to find they had ghosted us, bugger! Figuring they headed into the next gully over we turned our attention to a 12 pointer making its way towards us. We were all set to shoot when the main mob spooked from a tight gut on the opposite ridge. My heart skipped a beat when I saw what was with them. By far the biggest stag I have ever laid eyes on. I dialed in the scope, squeezed off a 350m shot and down he went. The remainder of the mob made their way around the face towards us and Paul knuckled a beautiful 13 pointer. For a moment we just looked at each other like “did that actually just happen?” I have been searching for a big red my whole life and for it to happen like that was completely out of the blue. 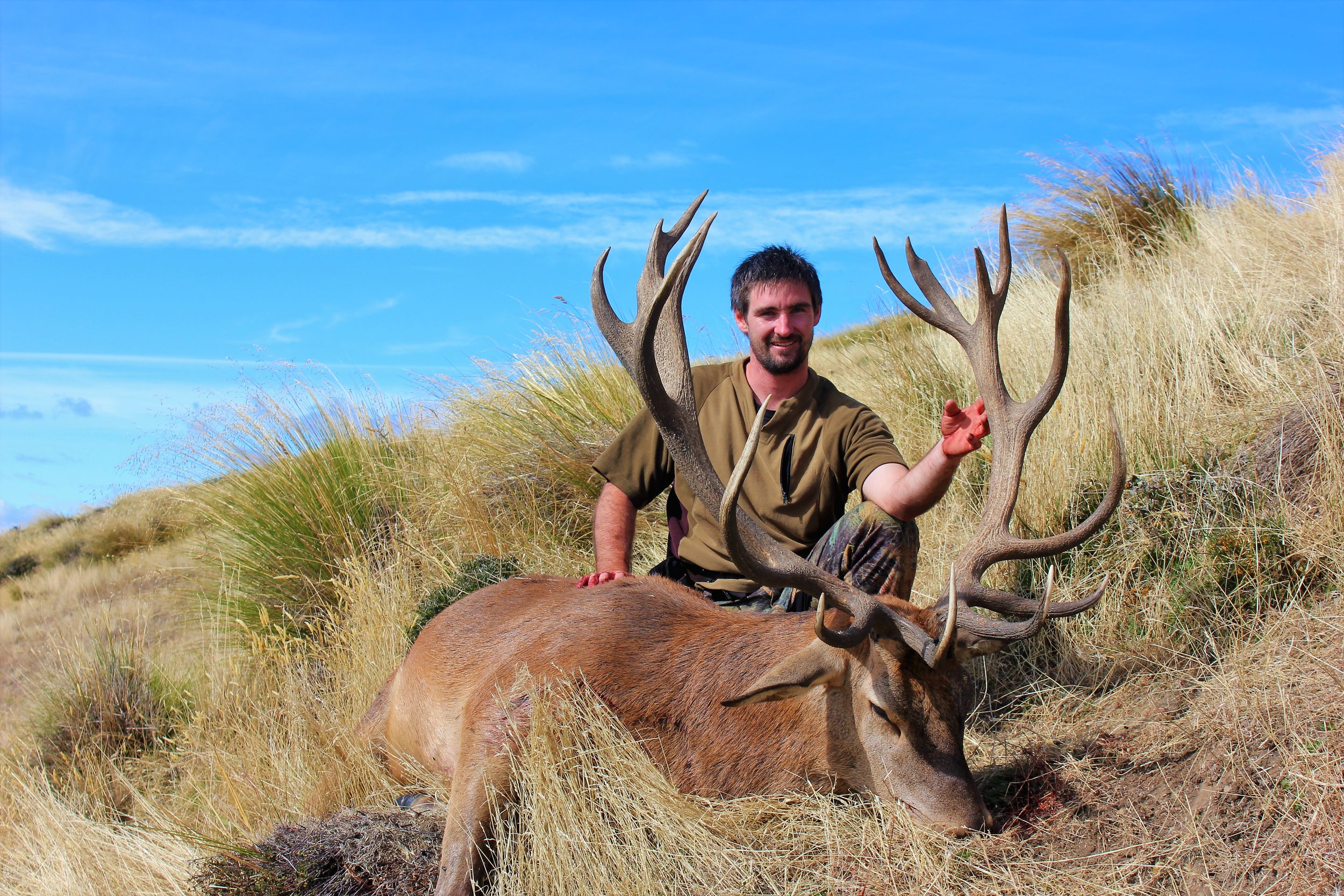 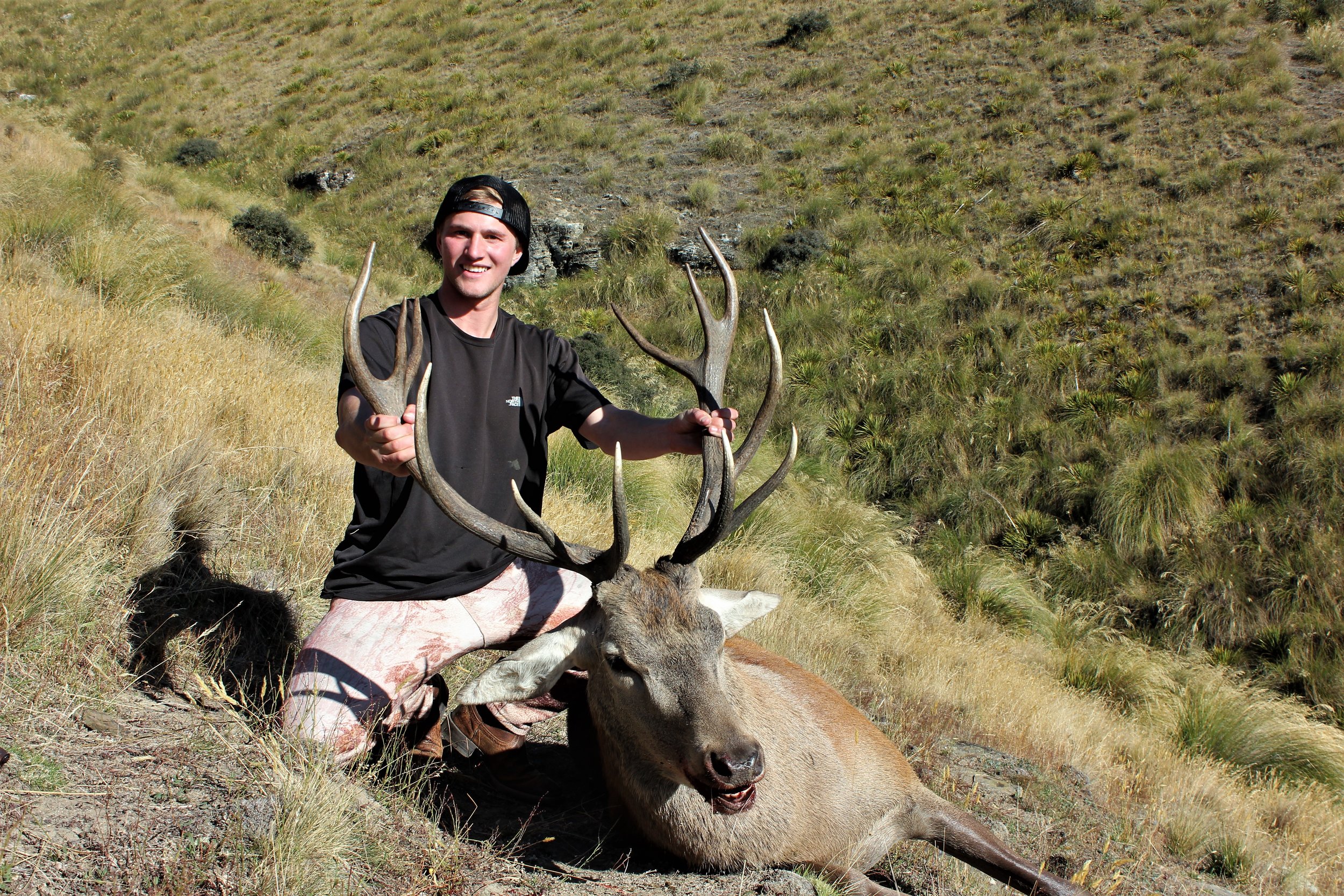 One of my favourite aspects of hunting is its unpredictability, anything can and will happen. The more time you spend out there doing it the greater the experiences will be and every now and then luck will throw you a bone. I have had the privilege of claiming some very nice trophies and wonderful memories over the years. My drive has never been stronger to get out in the hills and see what is around the corner. Good luck to all the roar hunters out there aiming to bag their own monster. 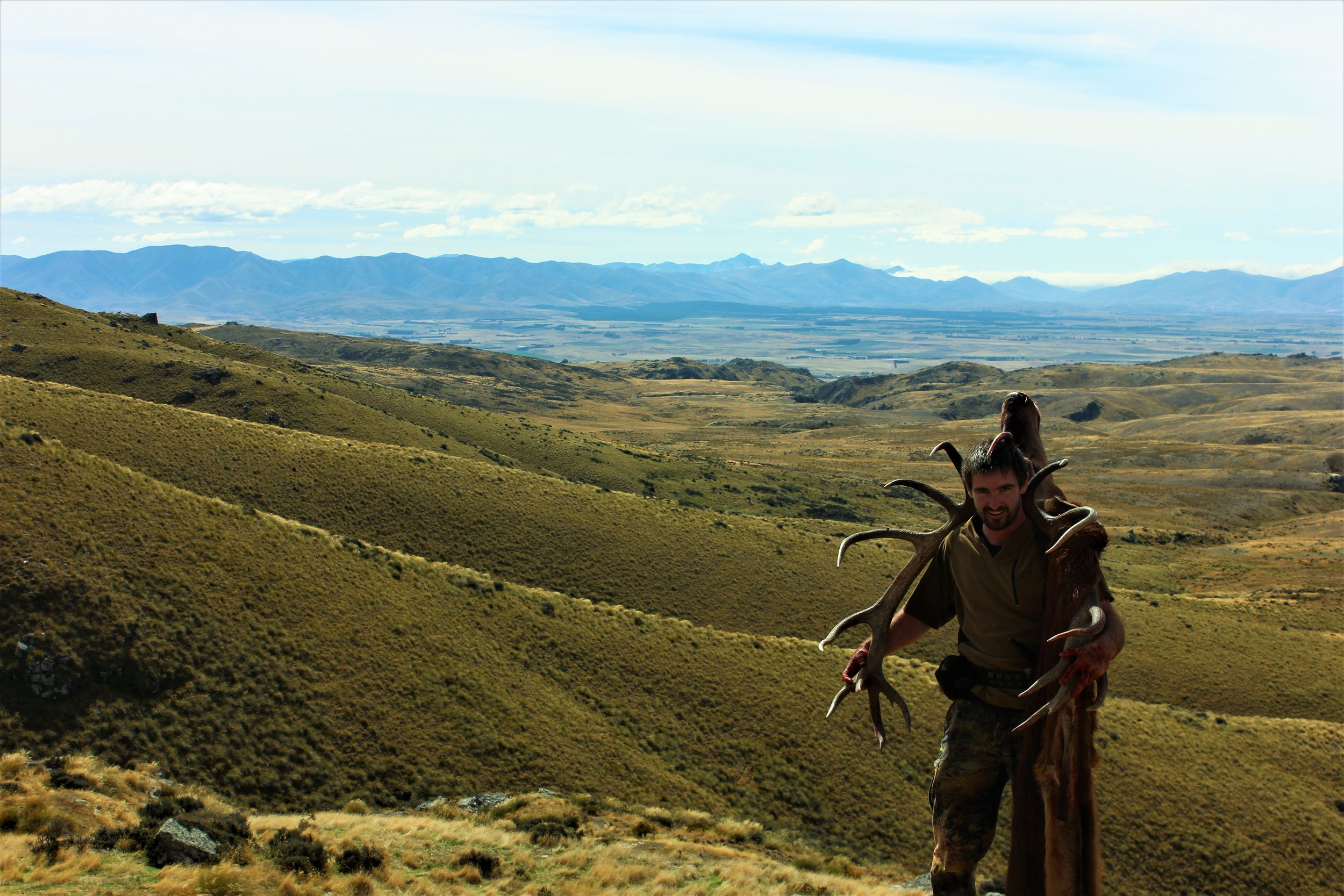