What better way to celebrate the silver milestone of 25 consecutive years roar hunting in South Westland than by hitting the supple-jack and chasing a few more scrubby bellowing stags!

The game is still the same, the deer are just as smart and I am almost as dumb but the thrill of getting in real close to a roaring stag still raises the hairs on the back of the neck just like it always has.

I was lucky to be able to get into a Haast ballot block that hadn’t been won by our Aussie hunting enthusiasts. We accessed the block by chopper drop off and I spent the week with a top bloke called Brent covering the area in a search for the big one that never showed up. 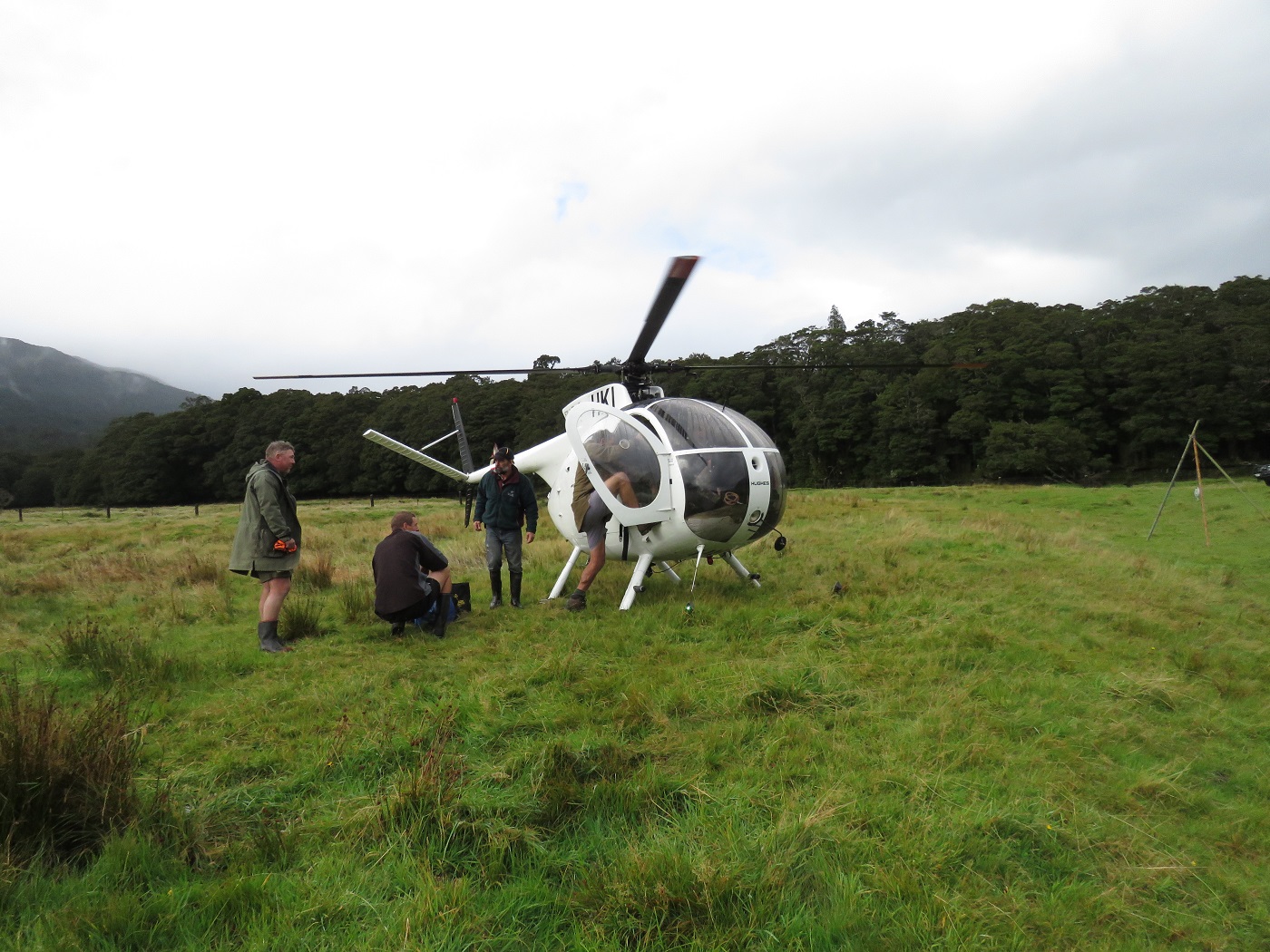 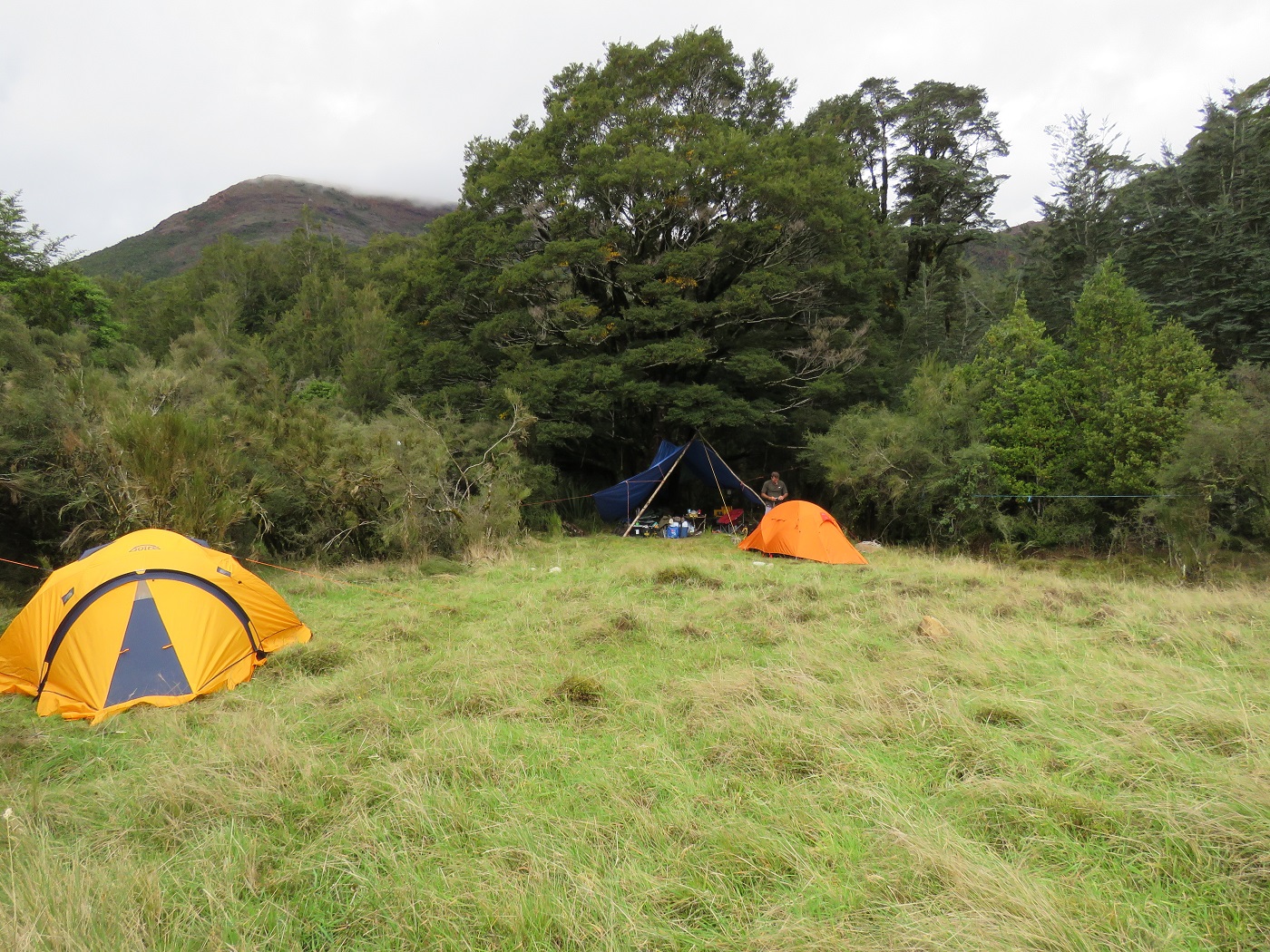 Roar camp in a balloted block 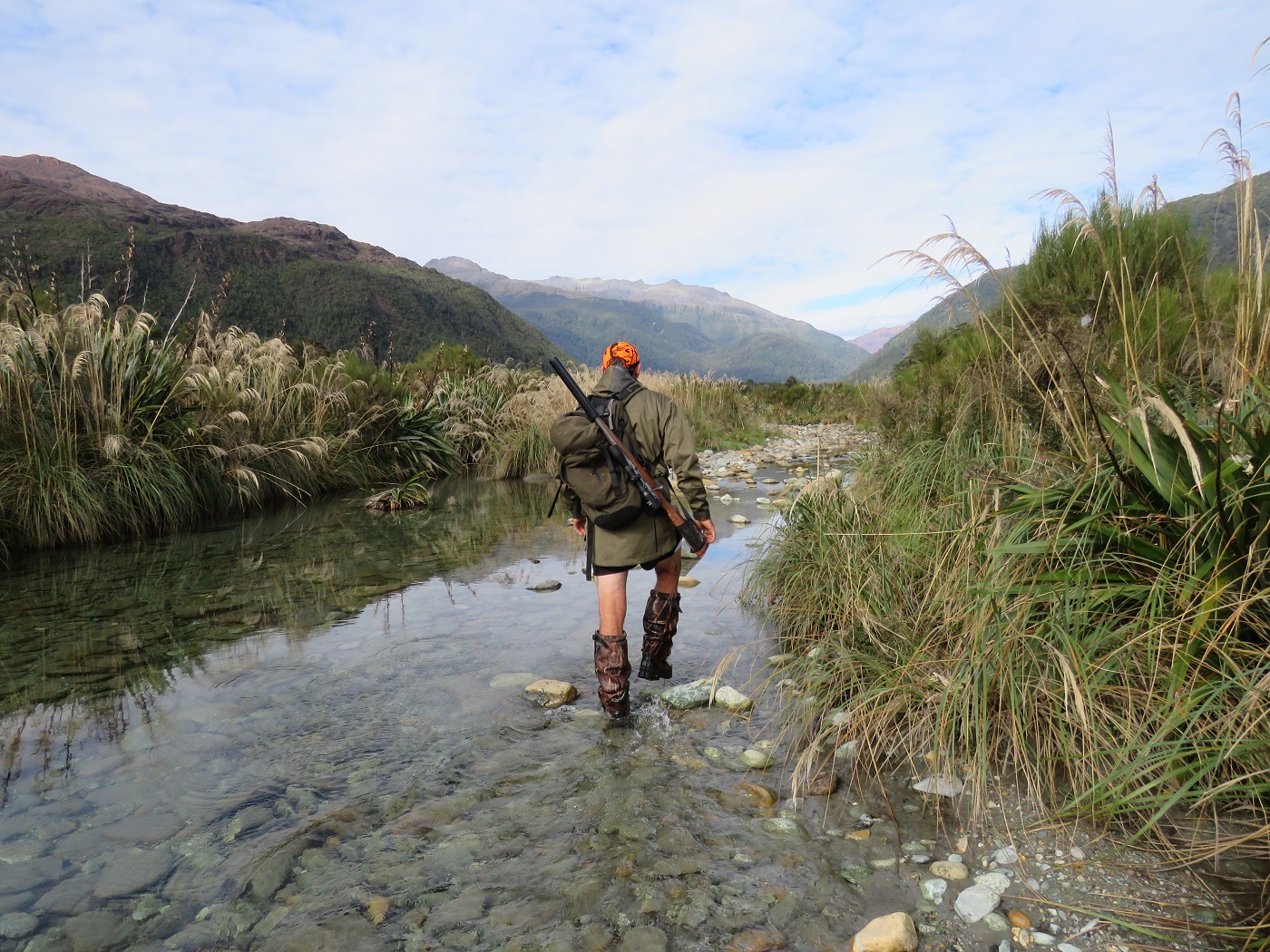 Brent Lewis exploring the block while the weather was good. 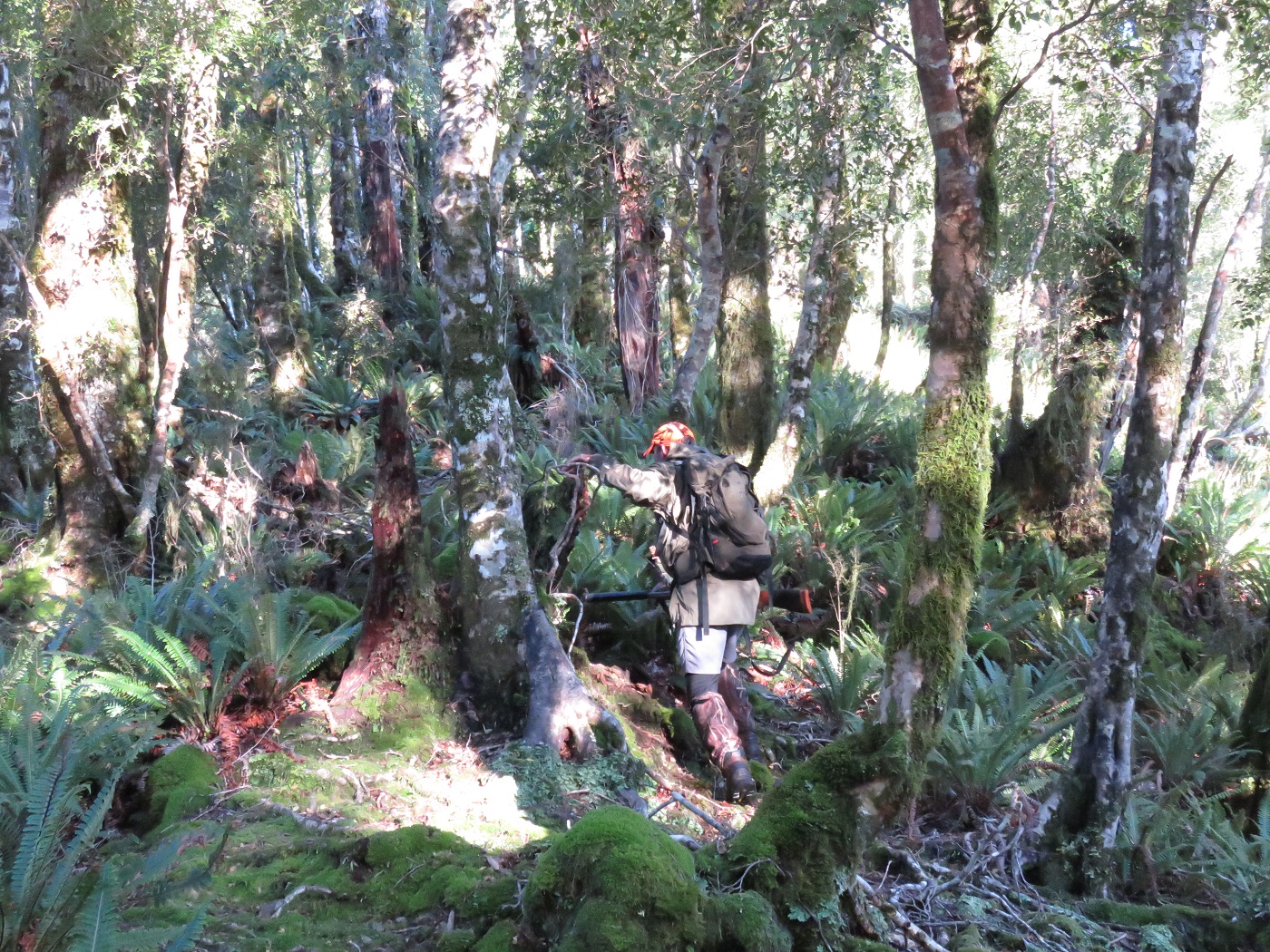 We were kept well entertained with lots of deer encounters as there were plenty of animals about. After that trip I had a few spare days to battle it out in the non-balloted spots where every man and his dog usually wander around during the red stag rut. This year was a little quieter as I think everyman and his dog had chosen to seek monster stag glory on the open tops of Canterbury and Otago. 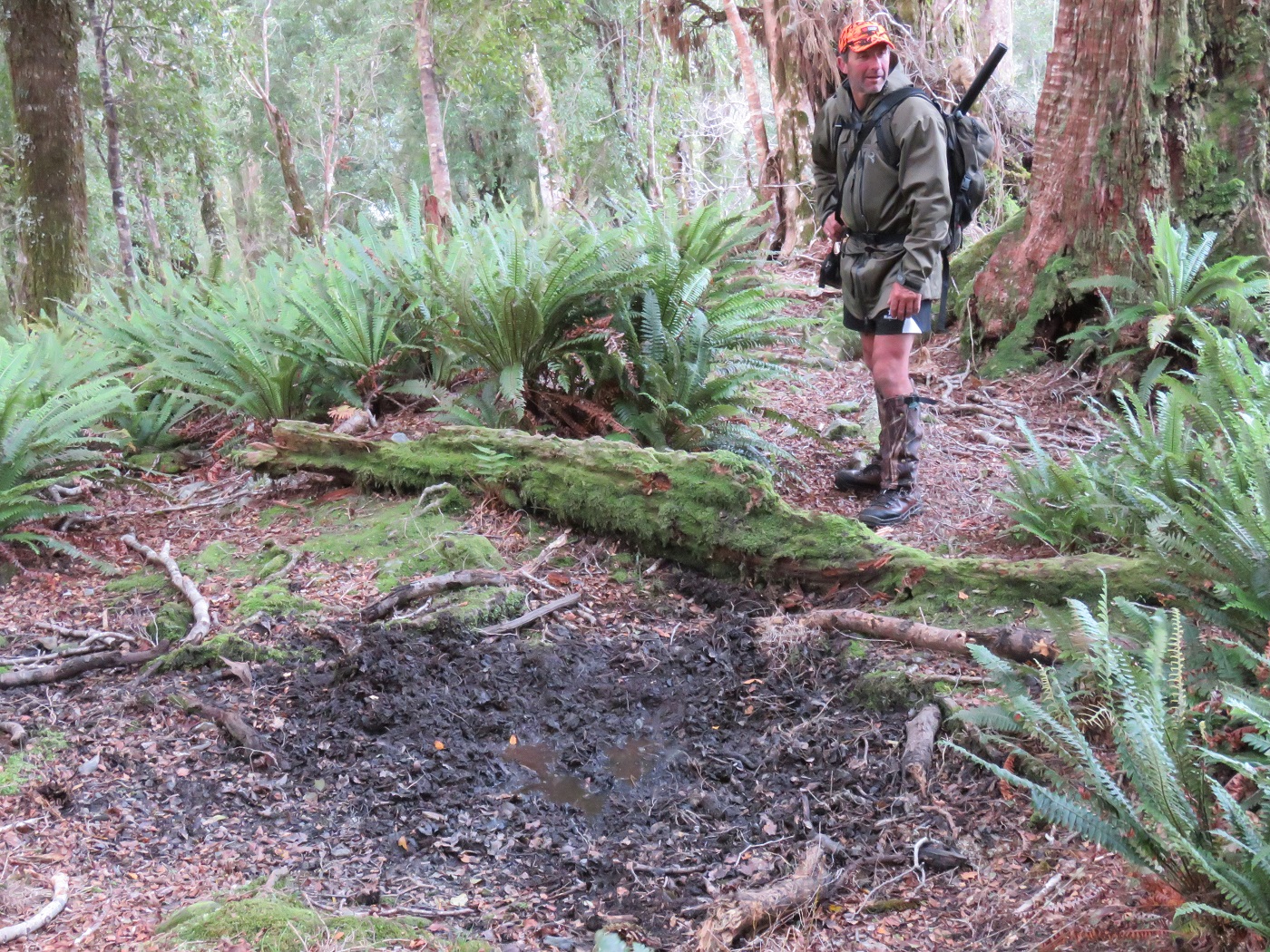 Brent Lewis reckons there is a stag somewhere nearby. 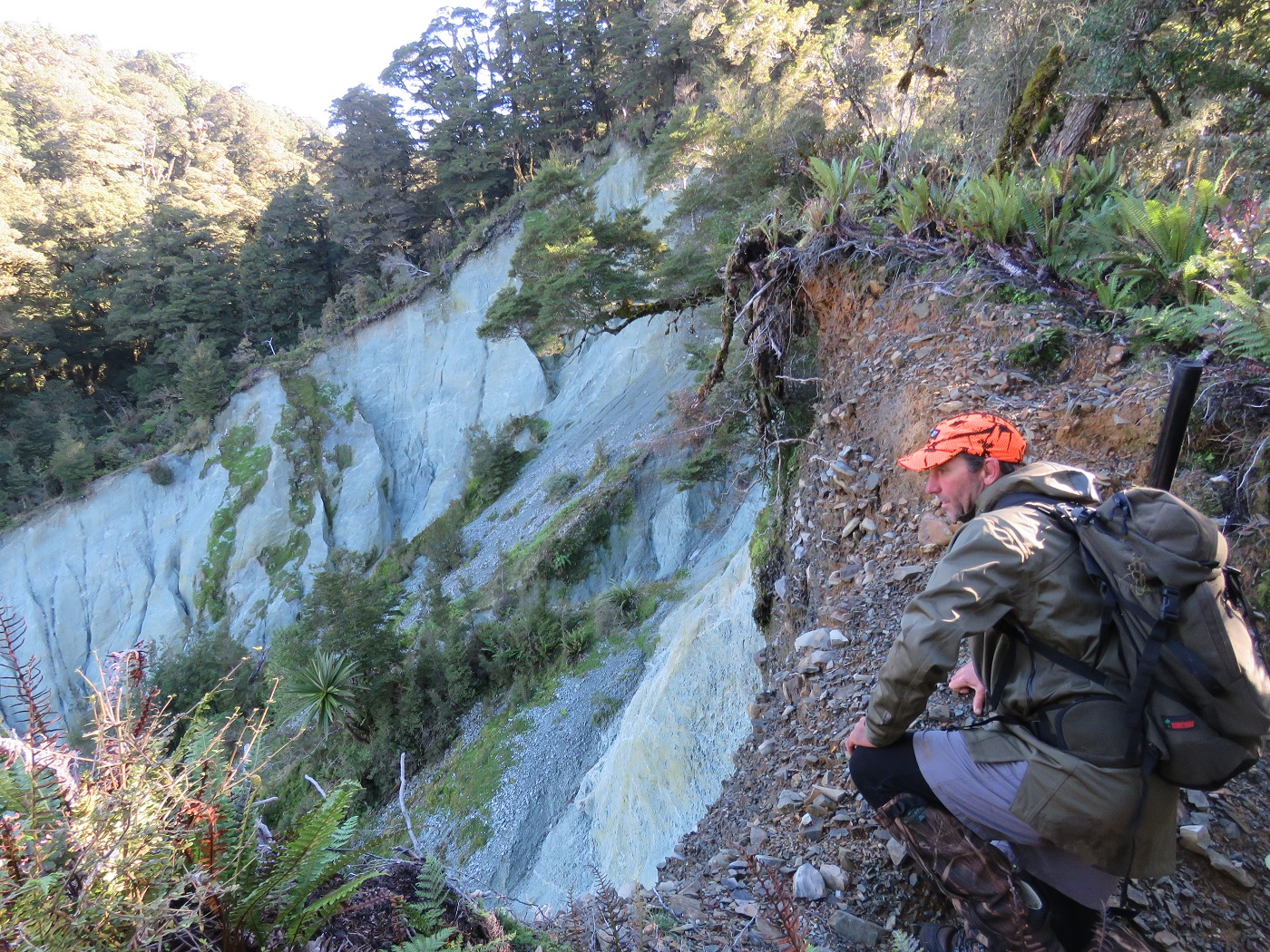 The top of a slip, a good spot to take a break and listen for roaring stags

One particularly fine, calm day I got to tag along with a mate Colin for a quick morning hunt. I am not sure if “tagging along” and “quick morning hunt” are quiet correct, it should probably read “dragging poor Colin through hell on an epic all day gut buster” but hey that wasn’t my intention as we started strolling up the bush covered terraces in the morning semi-darkness, I was hoping we’d get onto a stag straight away.

We got to the base of the hill at a good timing for deer to be moving back up from the clearings and gave a roar but there was no reply. We then bashed up through gigi and supple-jack to get onto a prominent spur, roared again – nothing. We climbed higher and looked out onto a nice open slip, roared again, no reply. Colin was looking puffed but he’s a tough bugger so I dragged him further and further up and we finally hit the top of the hill where the terrain flattened out above the head waters of a large creek. It was now about 9.00 am and we heard our first roar. It wasn’t real close so our ears strained to catch the sound again and try and get an idea of the direction it had come from. The stag roared again and again, he was going really well and we soon figured that he was way over the far side of the creek head, completely the opposite direction to our bacon and eggs brunch that was beaconing us back to camp.

We tried to ignore the stag and look for a closer one by sidling along the main ridge listening into other creek heads. But nothing else gave a peep and the far away stag just wouldn’t shut up. “Dam-it Colin” I said to Colin “we are going to have to go over there”! Colin didn’t argue but he sure looked like he didn’t want to go uphill any more so I dragged out the map and tried to devise a downhill route that would get us onto the stag and then out down the other side of the big creek onto another ridge to get us back down to the main valley floor where we could walk out to the highway and hitch a ride back to our ute. It’s always temping to drop into the creek itself and “stroll on out”. This is always a trap that leads you into endless gorges choked with logs and possibly waterfalls making for the hardest day of your life. No, the plan was to stay high and stay out of the steeper stuff as best we could by following a set of terraces around the head water. I lied and told Colin it shouldn’t be too bad and the brunch would be more like a lunch. By now the wind had turned up hill as it does every day by mid-morning making the approach to the stag worthwhile from our higher position. We found the terraces to be well tracked by deer making the walking a lot easier. We did have to negotiate several gouged out creek guts but we could always find the path that the deer had taken and climb out the other side. We could still hear the stag roaring now and then from the high spots but as we got closer we had more trouble hearing him. We had to cross over a couple of main water ways which were very fast flowing and muffled out all other sound. The traverse around the gully head had taken nearly three hours and it was now mid-day so we looked for a spot with reduced creek noise and sat down for a break. Without food you couldn’t really call it a lunch break so we just called it a break.

We didn’t hear any moans over the next half hour and started to submit that the day had worn on and the stag had probably bedded down and gone quiet. With bottom lips starting to drop we carried on around towards the next ridge. We’d only walked a hundred meters when a strong roar bellowed out back behind us! It turns out we’d had our break only a few hundred meters form the stag and now the stalk was back on with renewed enthusiasm. We crossed back over a creek gut and crept up onto the flat terrace where the stag seemed to be. It was scrubby swampy stuff with minimal visibility so I decided not to give out any roars at all to make sure he didn’t get the jump on us. Colin loaded a shell into his .270 rifle and put it onto safe mode. We crept forward slowly towards the moans and roars until we were probably less than 50 meters away. But we were still unable to see the stag with a patch of thick saplings and wind fall between us. This is the danger zone; if you move any closer he will hear you break a twig and start to cut your wind, the wind was fickle on the terrace as it was. The only option I could think of now was the “surprise young stag roar technique”. Hopefully the stag would suddenly hear a little pathetic moan very close by and immediately come over to sort out this intruder. So I faced my cupped hand away from the stag and gave my best spiker impression, just loud enough for him to hear and no more.

The bait was set and the stag responded perfectly to walk right into the trap, giving Colin an easy 12 meter shot. I managed to capture the whole sequence on video without “jumping” on the shot which felt like it had inverted my right ear drum.

Here is the short video clip from Colin's hunt.... 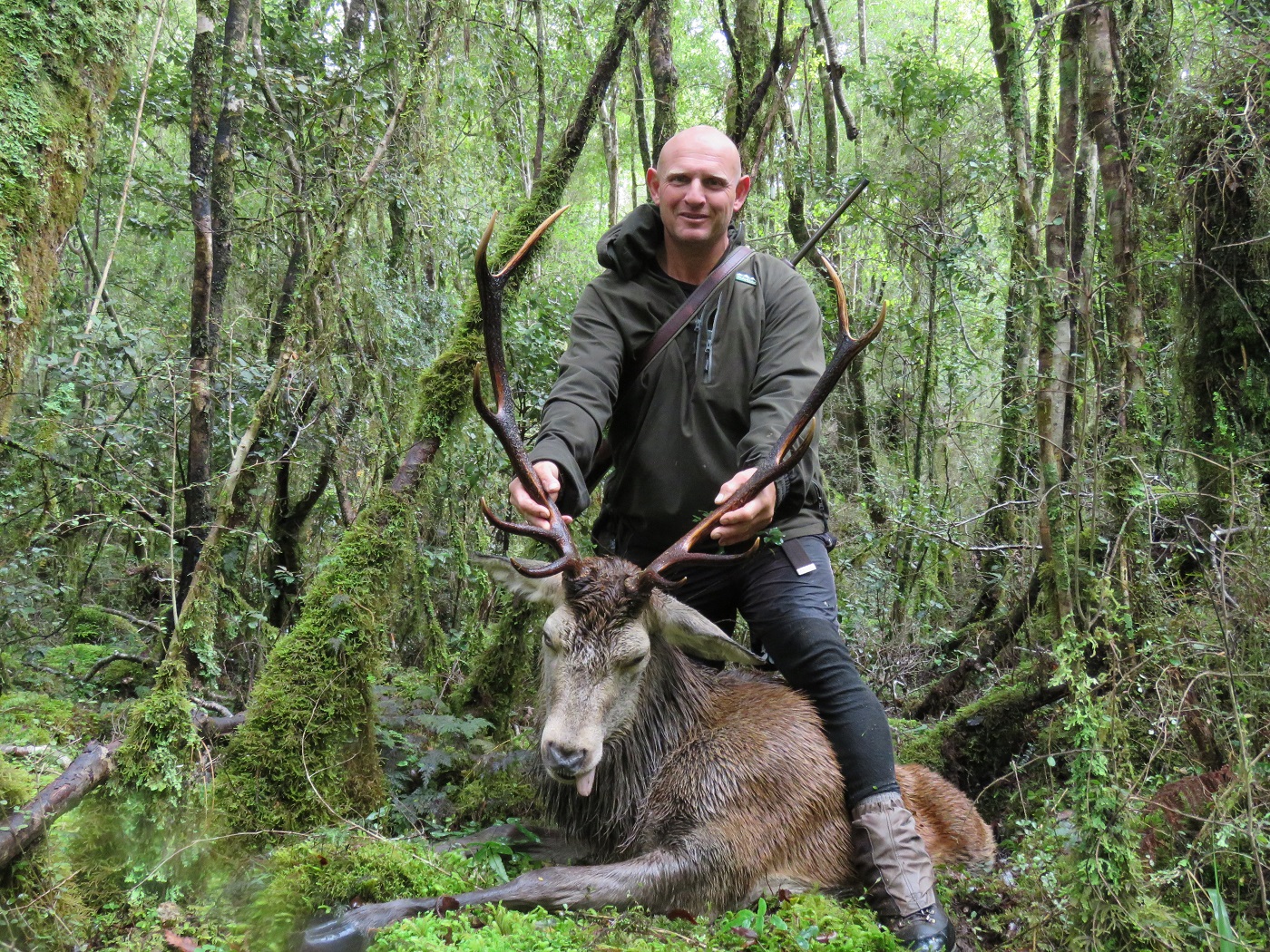 From the time we first heard the stag until this moment had taken us 4 hours and Colin was elated to take a healthy animal carrying a pretty little 10 point rack. But you do the crime, you have to do the time, meaning we now had a big carry on our hands to get the meat out. Along with all our other gear I carried the head and back straps while Colin shouldered the hind quarters. I lied to Colin again and told him we had a fairly short run out to the main valley and down to the road. In truth it took us another four hours. We got a ride back to the ute no worries and could finally feast on our belated brunch after a quick 10 hour morning wander! 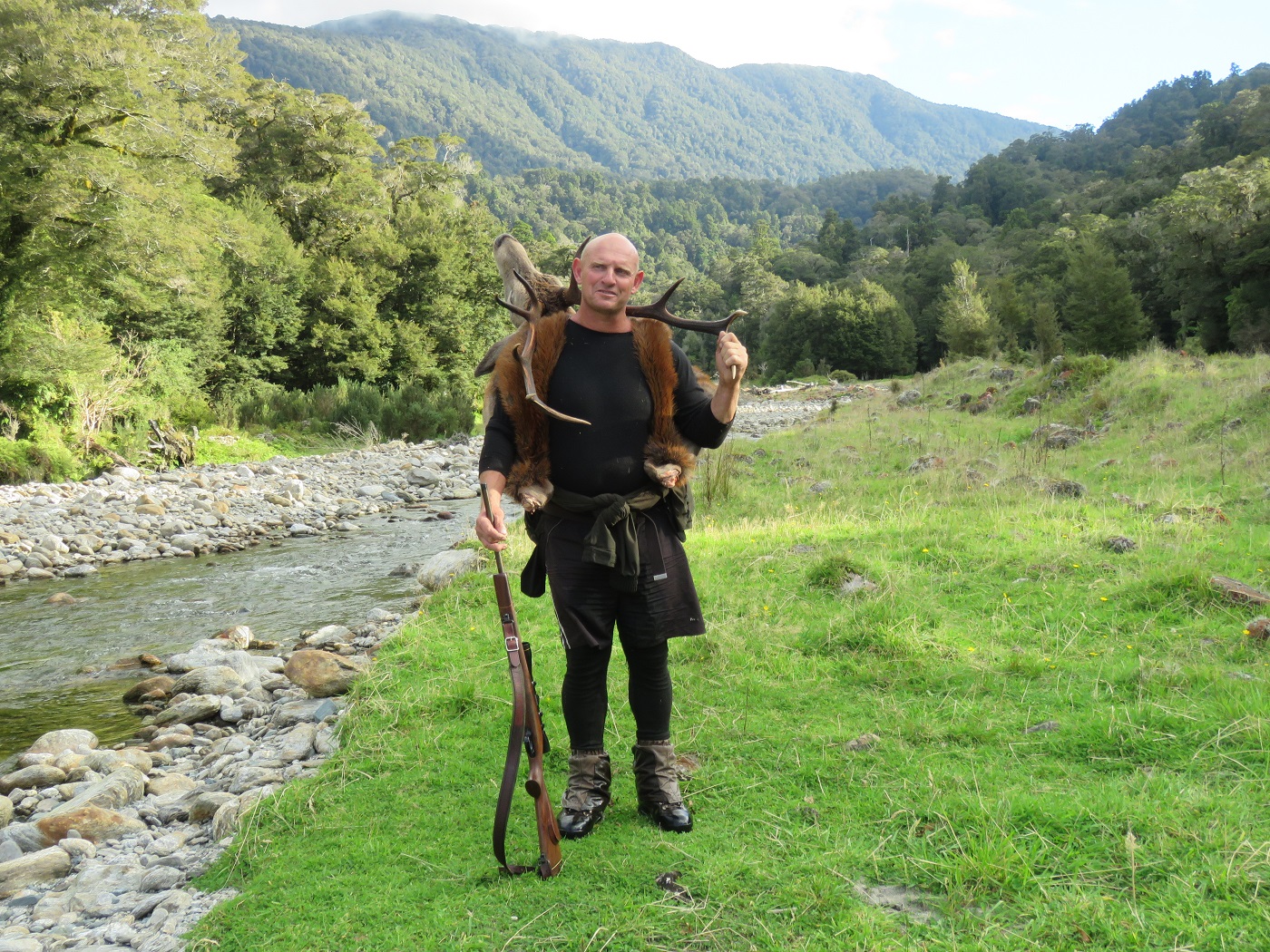 Sadly it was time for me to leave the rain forest behind and head East again to an appointment with some tussock stags. I will always continue to enjoy hunting the heavy bush on the West Coast and look forward to my 26th South Westland roar trip.

Here are the video highlights from my 2016 South Westland adventures….