OPINION - Do We Need A "Big Game License"?

Recreational hunters are a hugely diverse group, some of which think of hunting as a kind of birth right in this country, but the reality is that hunting only remains available to us as long as the general public believes it’s still relevant from a recreational and commercial perspective, and that it plays a role in conservation. To have a say in the future, we need to pay.

We and all our visitors have enjoyed free hunting here since 1932 when all management of big game animals ceased. This occurred because of population increase and the "science" of the day pointing to deer as the cause of erosion in the high country.

Animal numbers are now nothing like the proportions they once were, and the “sky” or should I say the “high country” hasn’t fallen in.  But what has happened is that hunting has grown hugely in popularity and the industry around it has blossomed.

Despite this growth, any management we currently do have is built around these animals being regarded as a pest, although it’s clear to most that they are a valuable resource. The onslaught against this resource is endless; with the stroke of a pen our current government can and has attempted to remove tahr, seemingly they are happy when 90% or more of a somewhat iconic deer herd succumbs to poison. Concessions are given for largely unrestricted WARO, heli hunters get more access than kiwi hunters (in terms of the ability to aerially access land such as National Parks and Wilderness Zones). There are also concessions granted for bull tahr to be shot from the helicopter for their skins only, and chamois for pet food. And all the while hunting access to our public land for kiwi hunters has never been more of an issue. 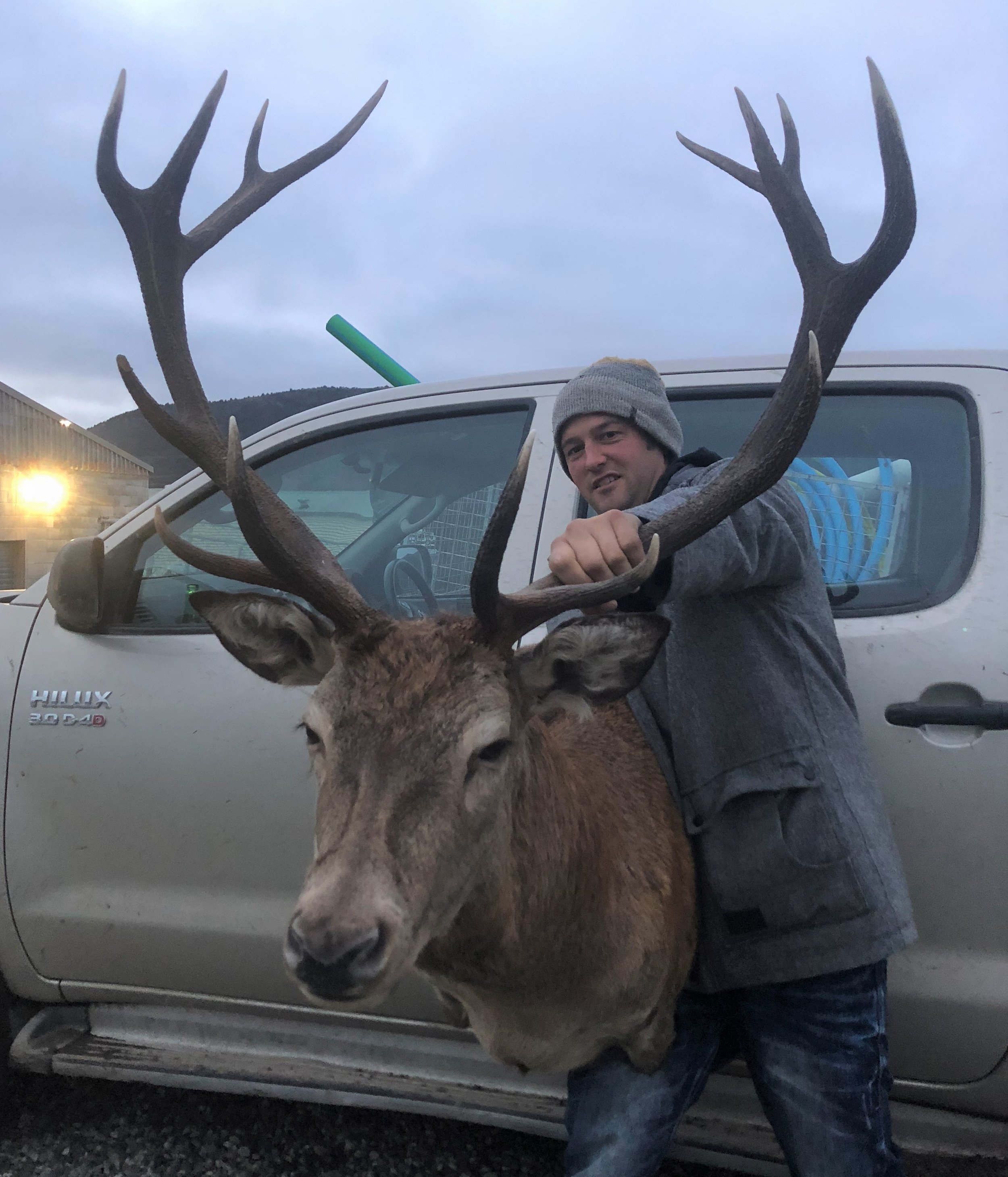 Truly wild trophies like this currently have no management at all, they are completely at the whim of commercial and conservation interests

DOC quite readily put commercial interests ahead of recreationalists with such things as WARO and AATH, and it’s apparent that DOC isn’t set up to manage recreational hunting nor do they have the funding. How is it that a wealthy international hunter can heli hunt in our wilderness areas, when average Joe kiwi can’t even land there?

Why Do We Need It?

Hunters are a relatively small proportion of the population from a political standpoint, but unfortunately the politics are what matters. We are held in the lowest of regards by the current Minister of Conservation, seemingly to be always the lowest priority when it comes to decision making. Why?

The answer is simple. We as a “body” are completely disjointed and lack political clout. But now for the first time since 1932 we have a statutory body, charged by the government to represent our interests. This is the Game Animal Council (GAC) which currently is 90% volunteer run. For the GAC to create change, hunting needs funding, funding to help push our interests. Funding to employ professionals to lobby against full-time staffed government organizations. Funding for our own research and monitoring.

Now before you all roll your eye’s, I don’t want to see hunting become anymore restricted, but without advocacy it seems that’s the path we are already on. 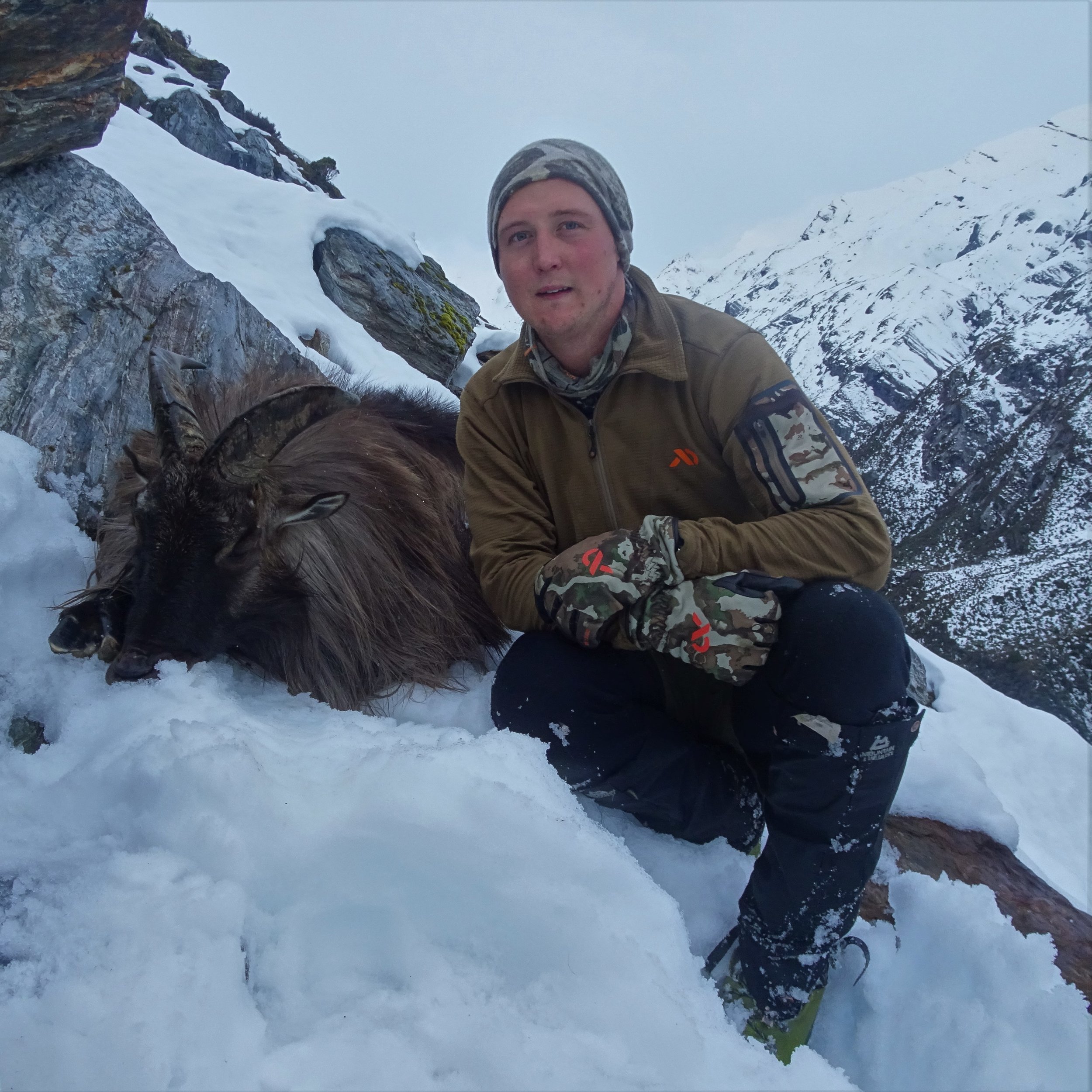 Looking back at the recent tahr issue we have seen how effective a statutory body supported by all hunting organisations and hunters both recreational and commercial, can be. The only reason we could stop the tahr cull was because of organization and funding. At the moment that funding wouldn’t be there if for example it was to stop The Department of Conservation deciding to wipe whitetail out, or poison the Greenstone fallow. We were lucky the target was an internationally recognized resource and was able to attract such support.

We all understand what Forest & Bird’s extreme ideological views are, but what we are up against here is the size of their bank balance not their membership. Those that oppose the existence of our deer, tahr, chamois and wild pigs are well organised, well-funded and use paid professionals to further their ideals. This what we must be if we are to maintain our hunting resource. 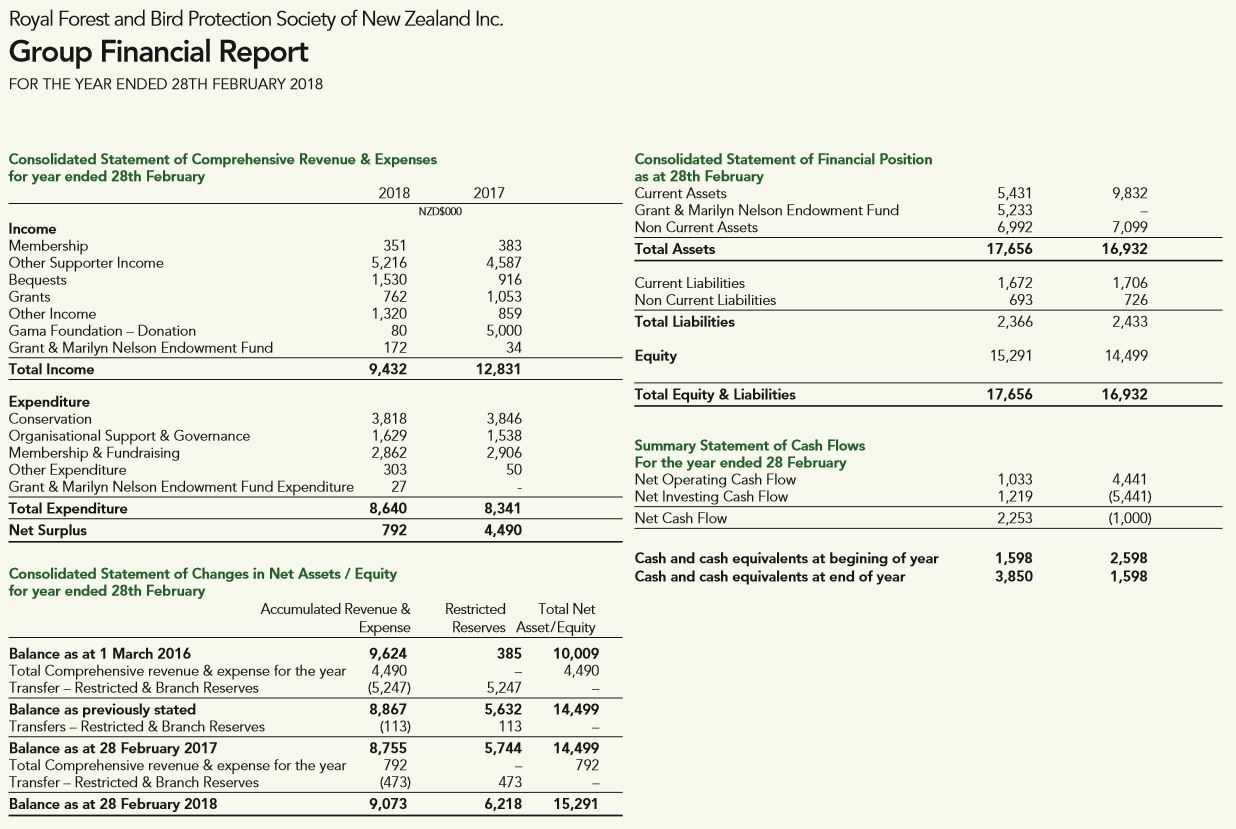 We know this model works and Fish & Game is the prime example. Ducks, quail and trout etc are valued for the resource they are. This extends as far as creating better habitat for ducks and stocking rivers with trout. But remember these are also introduced species, so what’s the difference? Again, funding and lobbying power

A quick look at the expenses from Fish & Games last annual report shows how the money is used to further their interests and enhance recreation. Think how much could be achieved through the GAC with a similar budget and having full time advocacy, public relations, management and research expertise. 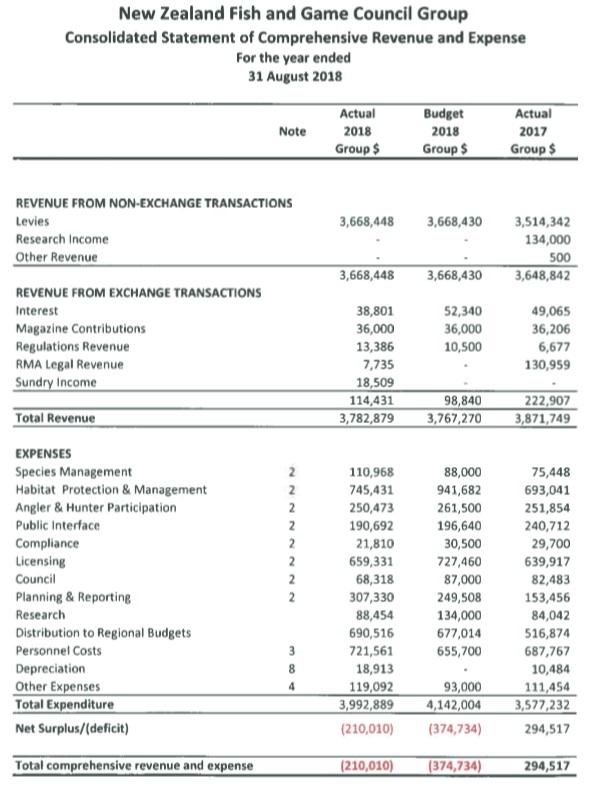 This is what Fish and Game’s expenses looked like last year. As you can see, licensing allows for expenditure on a huge range of activity, almost all of which could be applied to big game hunting.

Conservatively there are 50,000 big game hunters in New Zealand, so even with a very nominal contribution, the potential for funding is obvious. Certainly we won’t get another chance to have a statutory game management organisation, so we need to build support for the GAC and the key to this is money.

Put simply we need the general public and the government to support managing our big game as a resource, but presently we don’t value them enough ourselves to pay for that management. This undermines our position completely.

What Do We Do For Now?

At present we don’t have a system to pay, which is the point of this opinion piece, we should support the concept and embrace it when it becomes a reality.  So, in the meantime join your local NZDA. They’ve had their up’s and down’s, but they’re the best we’ve got and for many decades these dedicated volunteers have held the line.

Get behind the Game Animal Council and the establishment of Herds of Special Interest, because it's one of the only ways that the GAC can go about getting funding to get results for all of us.

Let’s just also be clear that the GAC is made up of all stakeholders, including recreational hunters. Yes, there are commercial interests in there having a say, but collectively we need to stand up and take ownership of our own resource and its future. Freshwater anglers and gamebird hunters have done it and fund their management through a license fee independently of the government.

The GAC legislation allows for the commercial sector to provide some funding via a trophy export levy targeting international hunters, but this is yet to be implemented and the majority of work the GAC has been doing benefits kiwi recreational hunters most. So, we need a funding system that is fair for the whole hunting sector and gives hunters independence from government as much as possible. We simply can’t expect a well-managed hunting resource if the government is doing the paying, and therefore the saying.

The world is learning what a world class resource we have here, but the NZ government is still completely blind to this. So, when it comes time to pay your part in protecting what we have for our future generations, let’s not get hung up on the aged rhetoric of “fuck that hunting's free”

Quite simply we all know that recreational hunting is the best form of managing our big game populations. It’s been shown time and time again that we harvest more animals per year than the commercial guys. So, it’s about time we had as much say, if not more than these other interests do. There’s only one way this will happen and it involves you spending the equivalent of maybe a weekends beers a year to help maintain hunting as we know it.

We have seen it all before, if we snooze we will lose. How’s that 8 shot Benelli going for you guys?

This article was originally produced for and published in the latest NZ HUNTER magazine, and is republished with permission.

Grab yourself a copy at any reputable magazine retailer now! 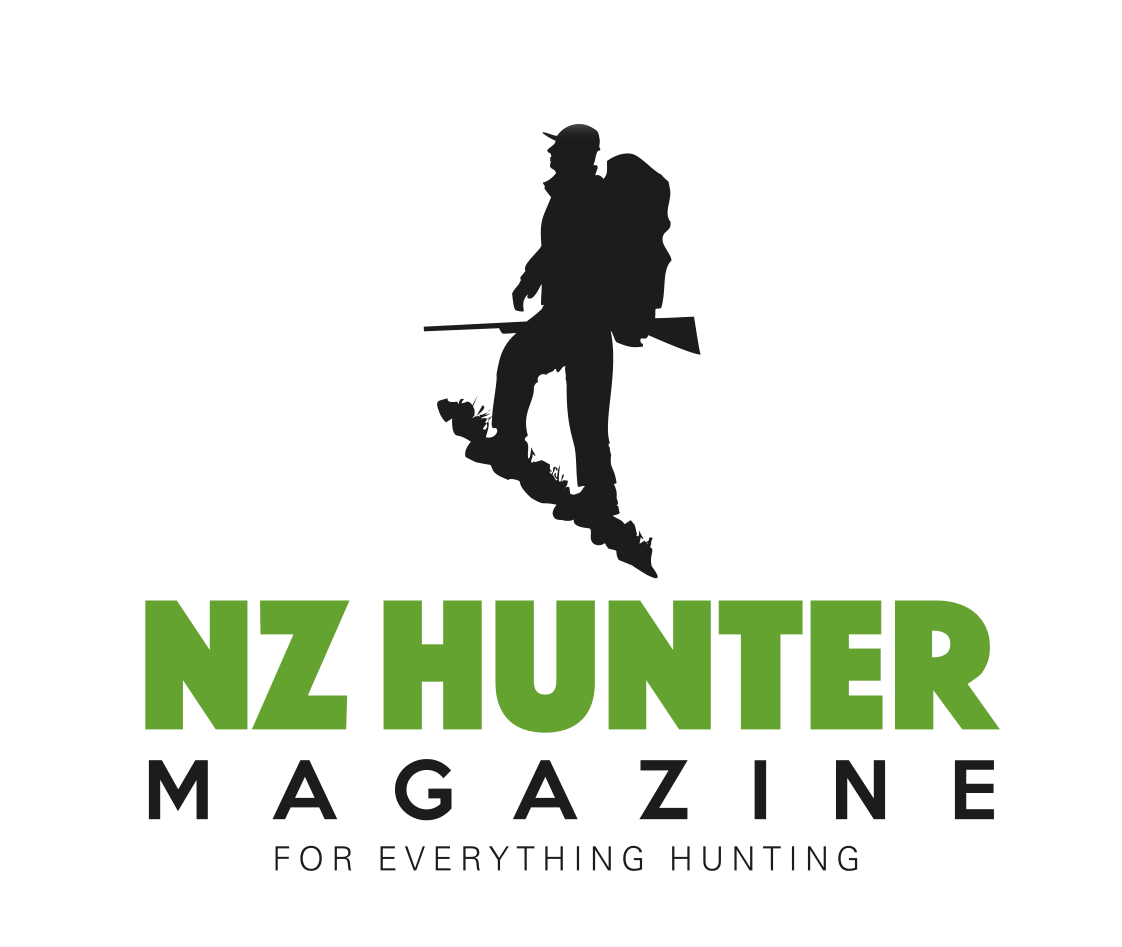 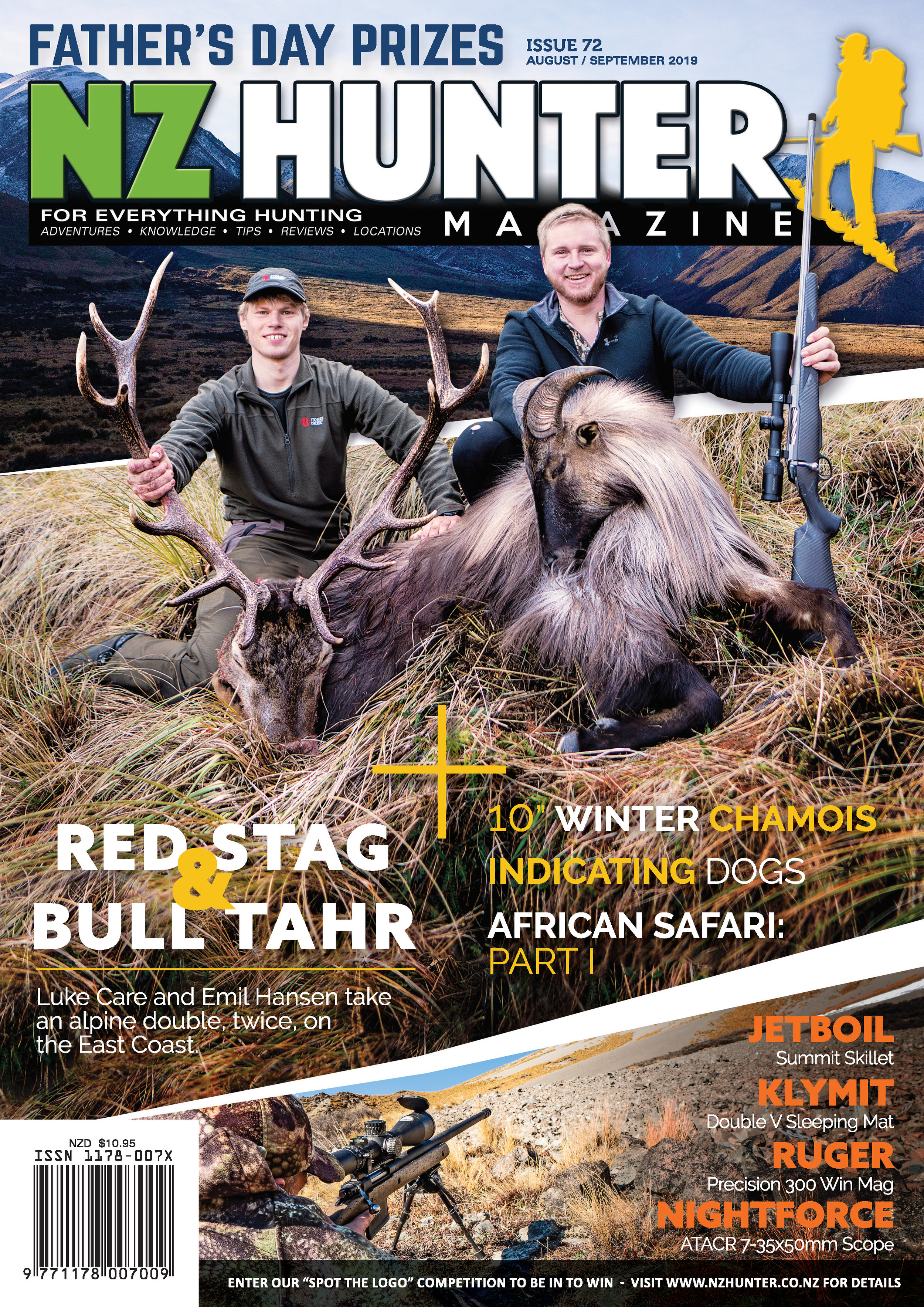 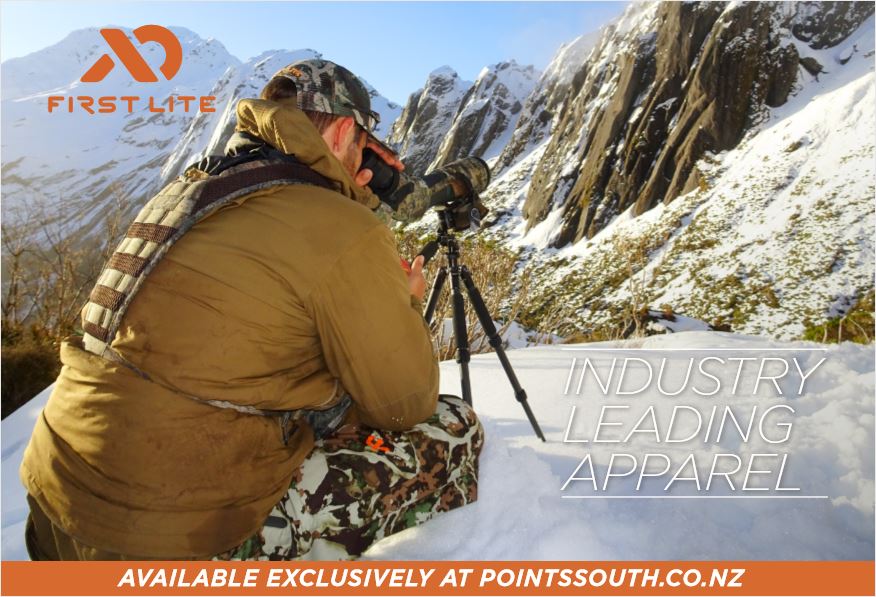