For as long as anyone can remember kiwis have been hunting big game successfully without camo, think swannies and bushshirts…

Even as little as 5-10 years ago a lot of us would have a bit of a chuckle when we saw someone head to toe in camouflage,  I still do depending which pub I’m in. 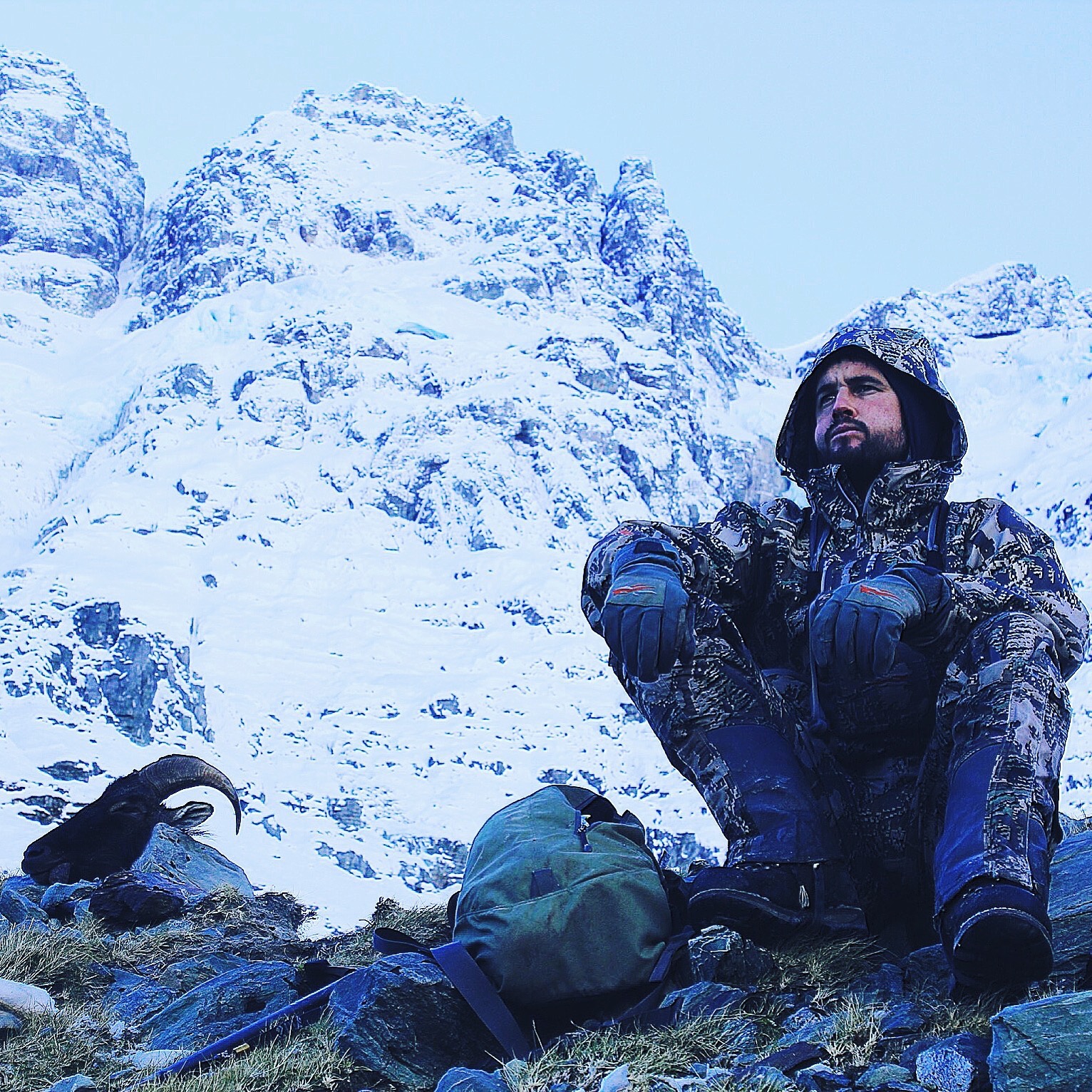 These days it’s pretty much a given that if you bump into another hunter they will be at least wearing something camo. We no longer chuckle as much, as it’s now just so common. Some of the older boys will no doubt still have a laugh, but they’ve been taking the piss out of it usually for a lot longer so it’s a bit harder to then back track.

It’s not all marketing hype, there is science behind how/why camouflage works. The only question is what pattern is best going to suit your hunting? 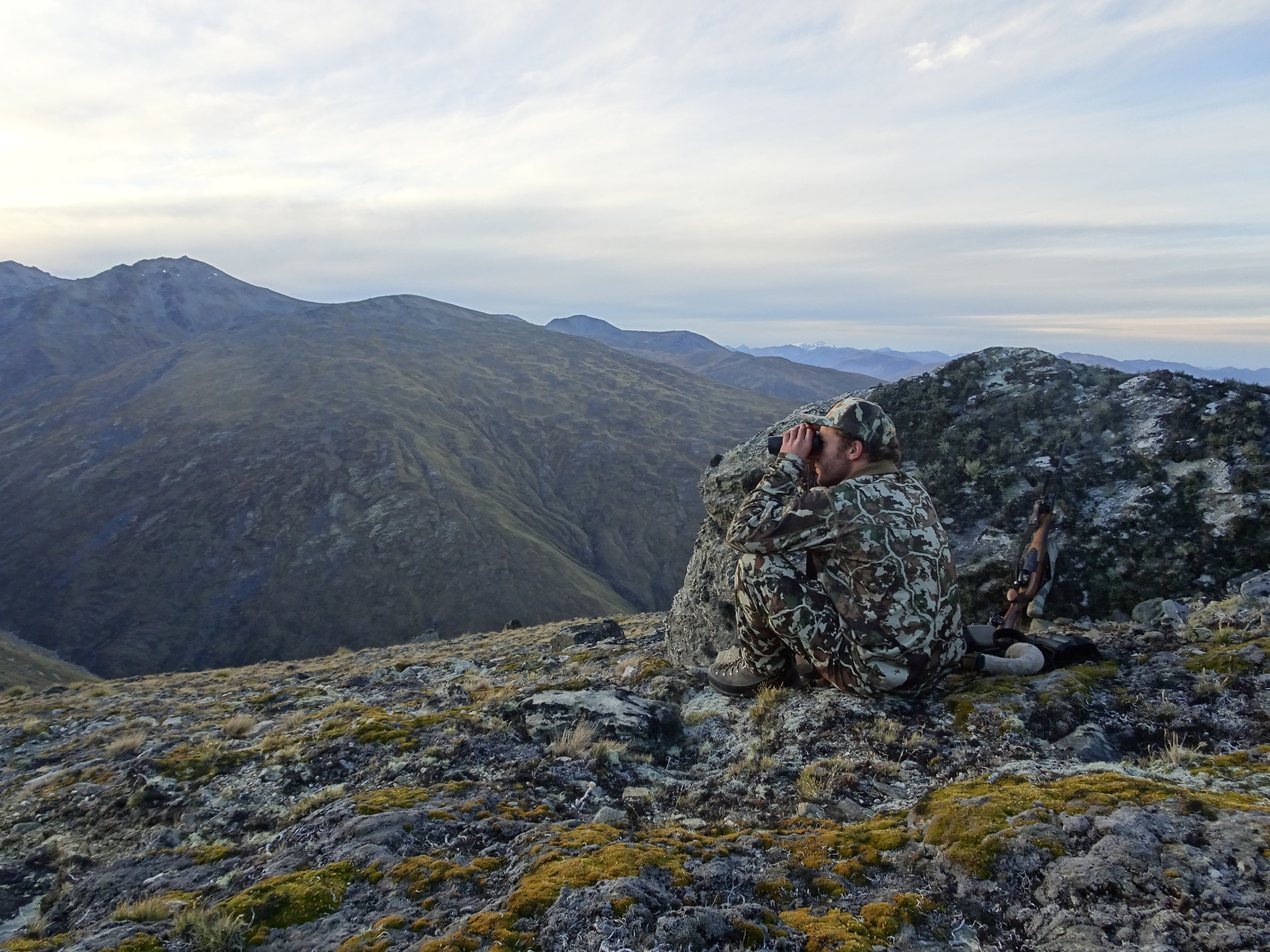 Camouflage patterns are usually from two different schools of thought, but essentially have the same goal which is to break up your outline and conceal you from game. The marketing behind both micro & macro type patterns and mimickery type patterns generally fools more hunters than animals. Mimickery patterns (photo realistic) are great at blending you in at close distances if you’re standing amongst exactly what that pattern is mimicking. Making these patterns good in their perfect environment, but hardly versatile as how often is that going to happen? Walking around in the tussocks resembling a tree hardly makes sense, and certainly won’t help break up your outline.

Macro & micro patterns use a range of shapes and colors designed to fool the brain and make it hard to register your outline, somewhat regardless of background but obviously the more these colors and shapes resemble nature the more effective the brain trickery will be. Some patterns use pixel’s to try and achieve this, Firstlite for example uses a series of nature based algorithms for color and shape with the goal being to have the most versatile pattern for every environment. If you’re curious then click here for some more background on the algorithms used.

Why does it matter?

Deer are a member of the ungulates family and rely heavily on their sense of smell and hearing, because their eyesight is good but not amazing. Think how many times you’ve spooked a deer only for it to hang around a bit (often barking) until it registers your scent, then there’s no question as far as the deer is concerned.

Deer certainly don’t see as many colours in the spectrum as we do.  The colours they see most clearly are blues, violets and ultra-violets, and to a lesser degree greens and yellows (hence the advent of orange blaze). So with somewhat average eye sight and a lack of colours what matters to a deer is movement. By wearing a camouflage pattern you are giving yourself a better chance of small movements going undetected. I’ve found this quite relevant with deer seeing the movement of your hands and face when lifting a rifle or bow. With gloves and also a neck gaiter covering a lot of your face the deer will often see the movement but instead of staring intensely for sometimes minutes, they quickly start looking around again confused as they thought they saw some movement. This is especially relevant to bow hunters.

Deer are designed to have a wide field of vision, pretty obviously their eyes are in the sides of their heads. As opposed to a predators which are in the front, simple really. Firstlite fusion in Westland bush, note how obvious the hands are. image @ pointssouth

Tahr effectively have vision similar to that of a goat, and chamois much like an antelope. So these guys see almost the full spectrum of colors as well as having very sharp eyesight.  Chamois in particular are renowned for how far off they can pick you out and bust you, some people say 800 meters or more. Think how many times you’ve had a Cham or Tahr whistle at you before you’ve even seen it, often it can still take ages to spot them even with them whistling at you. It’s because of the crazy detail in their vision that they can pick you out like this.

There's plenty of published studies about animal eyesight and the effectiveness of camouflage if you can be bothered looking. But at the end of the day, a camo pattern is certainly upping your chances of remaining undetected. But if you’re not hunting smart with the wind, terrain, timing etc etc etc. Then it’s all going to make no odds, except for getting a laugh in the pub that is. Check out the range of Firstlite-Industry Leading Apparel here