As far as hunting goes there is nothing quite like getting up high, poking through the bush line into the alpine zone. The rugged open terrain, endless hours of glassing, breath taking views and beautiful beasts that live there will make you never want to leave. 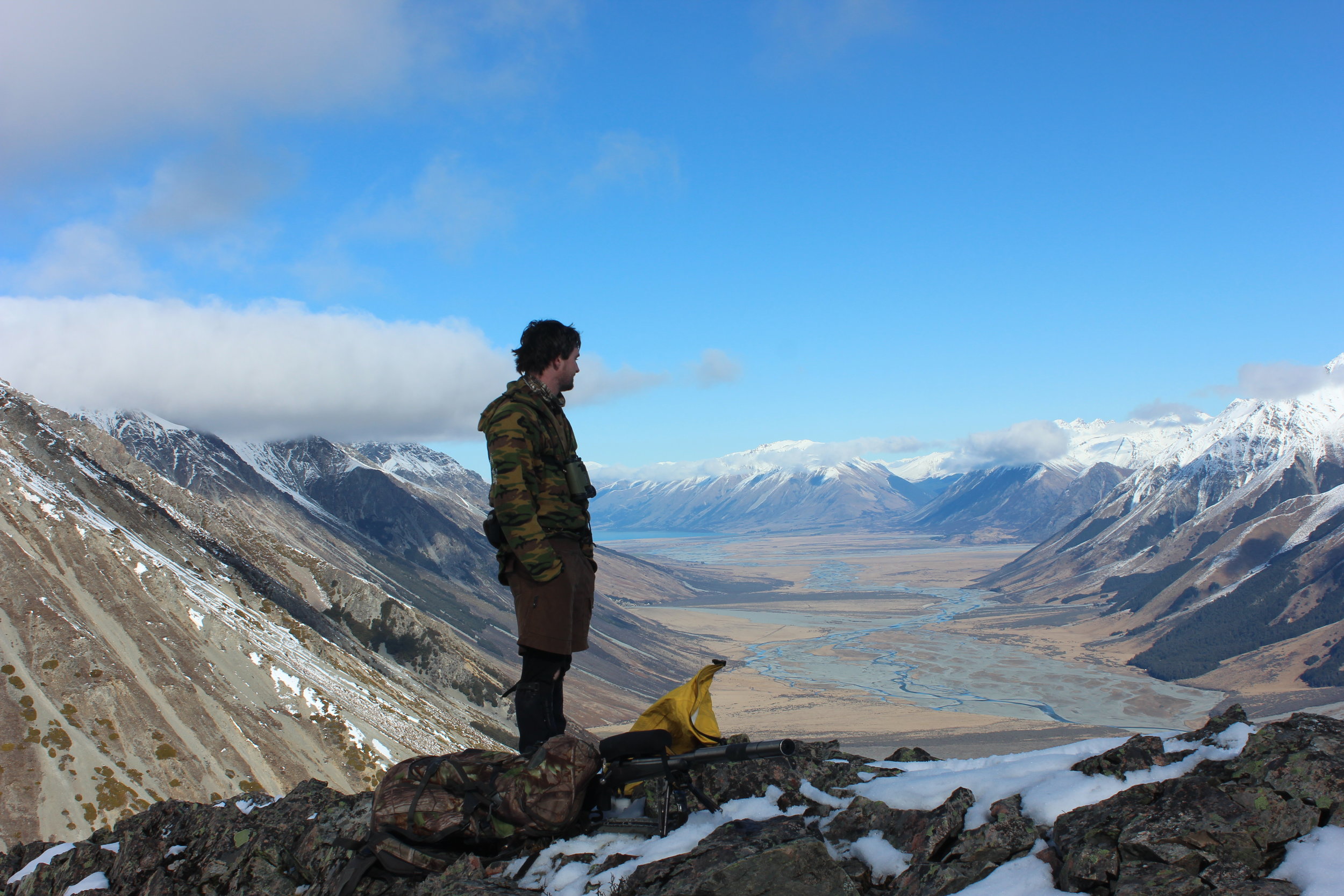 Bull tahr in full winter coat perched on the highest peaks with their long blonde manes blowing in the wind. Standing with such defiance and confidence like they are literally on top of the world. This is the image that come to mind when my buddy Drew called and said “let’s go tahr hunting”. I had to think about it for all of about two seconds before throwing my gear in the truck and charging up to meet him. 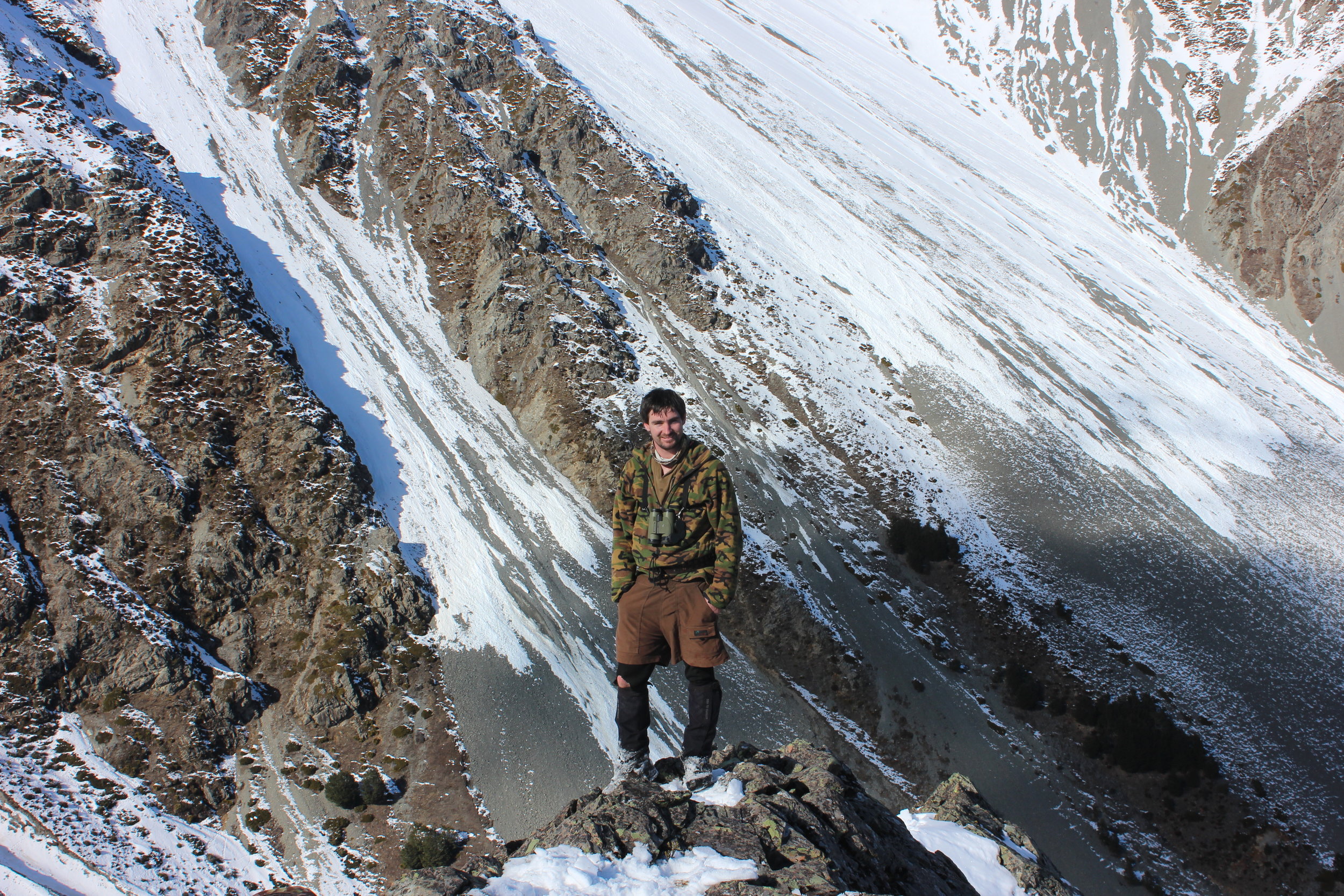 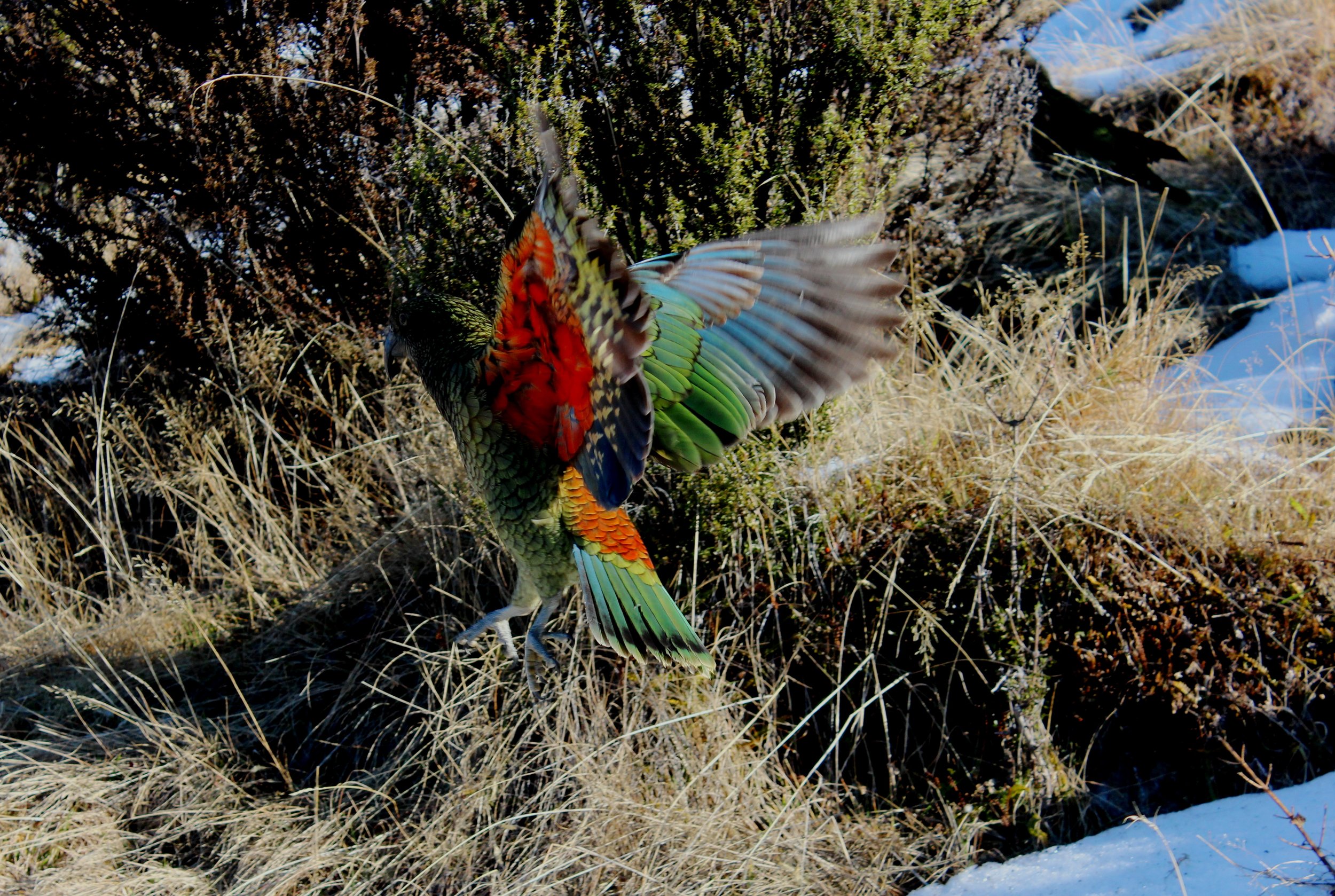 Under darkness we rolled up the river in Drew’s trusty old hilux making it to base camp at god knows what hour. I always struggle to sleep the first night of a hunt, the anticipation of seeing a big old bull mooching across the hill is just too much. Rising at day break I was straight into glassing searching every nook and cranny. Up and down, left and right going cross eyed getting excited every time I saw a tahr shaped bush. Having no luck Drew casually strolls out bleary eyed and asks “well what about those ones?” 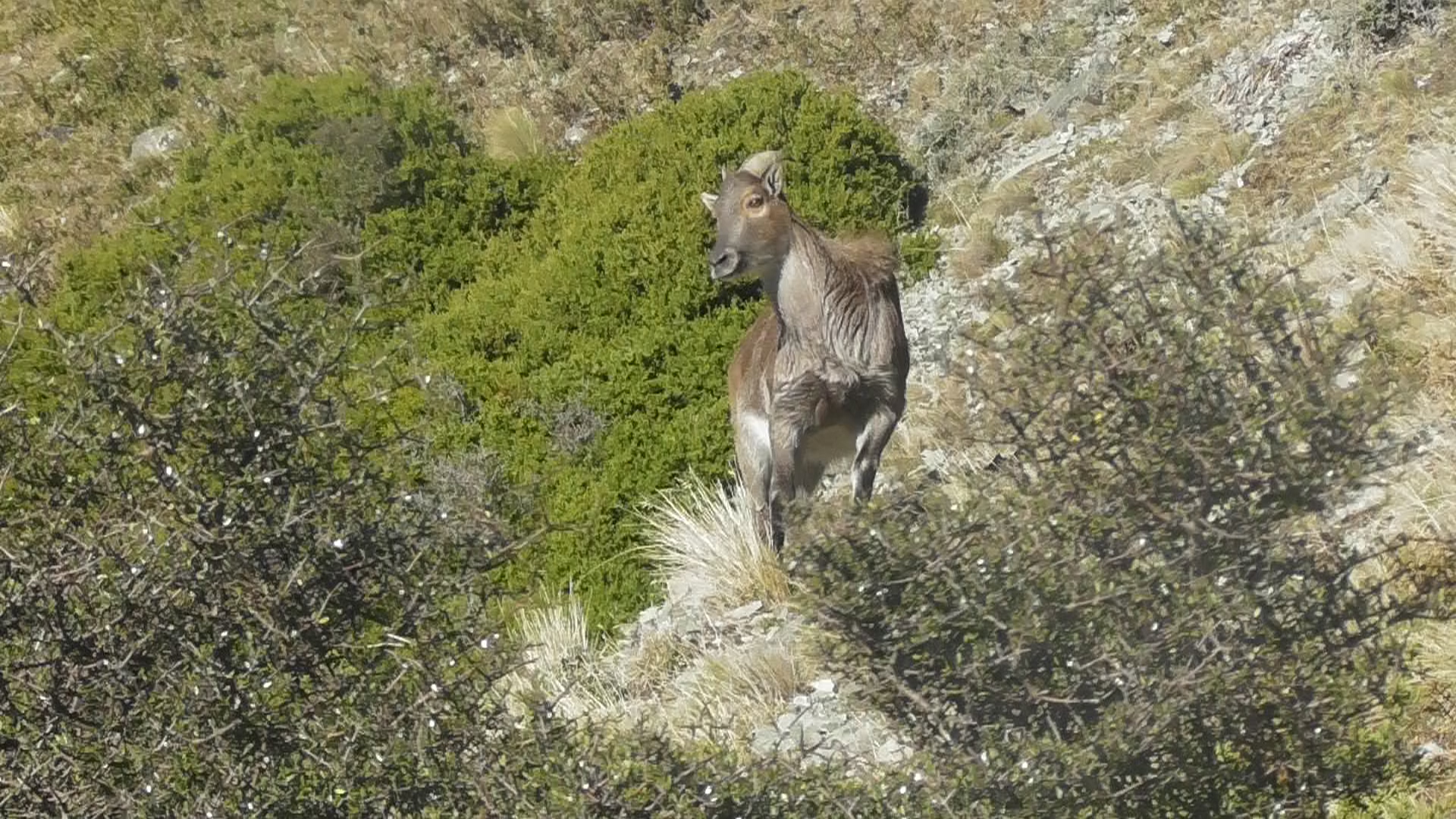 Of course old tin arse would find a mob of five bulls where I had already looked. “Bugger breakfast let’s get into it we’ll only be half an hour”! Famous last words as we don our boots and head for the hills. Three quarters of an hour in and no sign of the bulls I was starting to regret the whole skipping breakfast idea. We planned our approach perfectly and like ninjas crept into where the tahr were. Well at least that’s where we thought they were, I swear those animals are magic how they can just disappear into thin air. 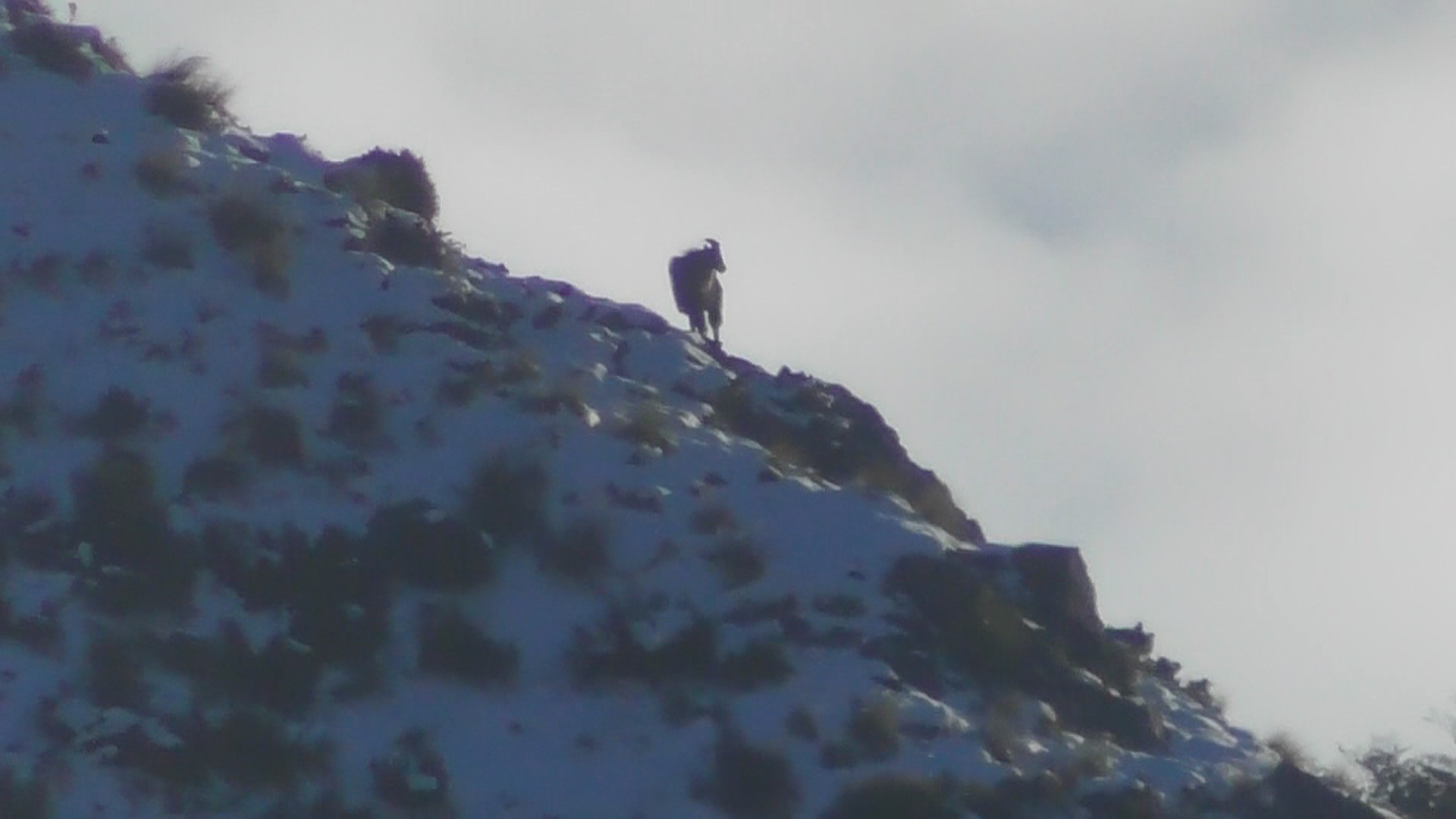 Out of nowhere a shrill whistle rang out alerting us to a tall figure standing high up on a rock like the alpine god from my vision, we’ve been made! Carefully we dropping out of sight and recalculating our plan we again attempted to get in on our target. By this stage we were well and truly entrenched in snow making a silent approach impossible crunching loudly with every step. Despite the odds being against us we manoeuvred into position setting up for a steep 280m uphill shot. 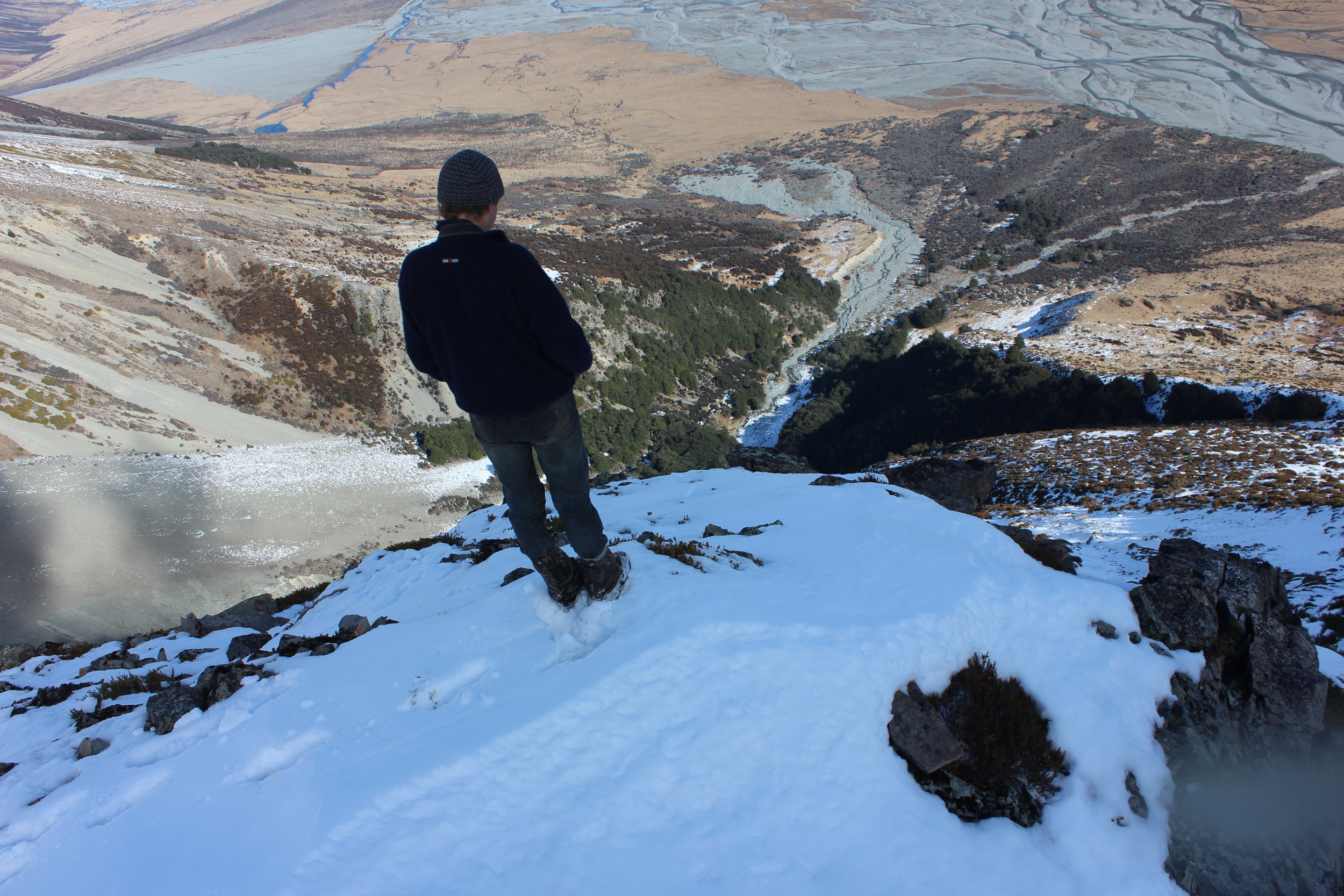 Flicking the safety off with full confidence in my rifle I pulled the trigger. With the crack of the gun the hill erupted animals fleeing left, right and centre. My bull crumpled on impact rolling a few times before falling off a cliff hitting a long snow shoot and ending up a hundred metres or so below us. High fives all round as we made our way down to inspect our bull a solid brute, by far the best bull I have ever shot measuring close to the 13-inch mark. 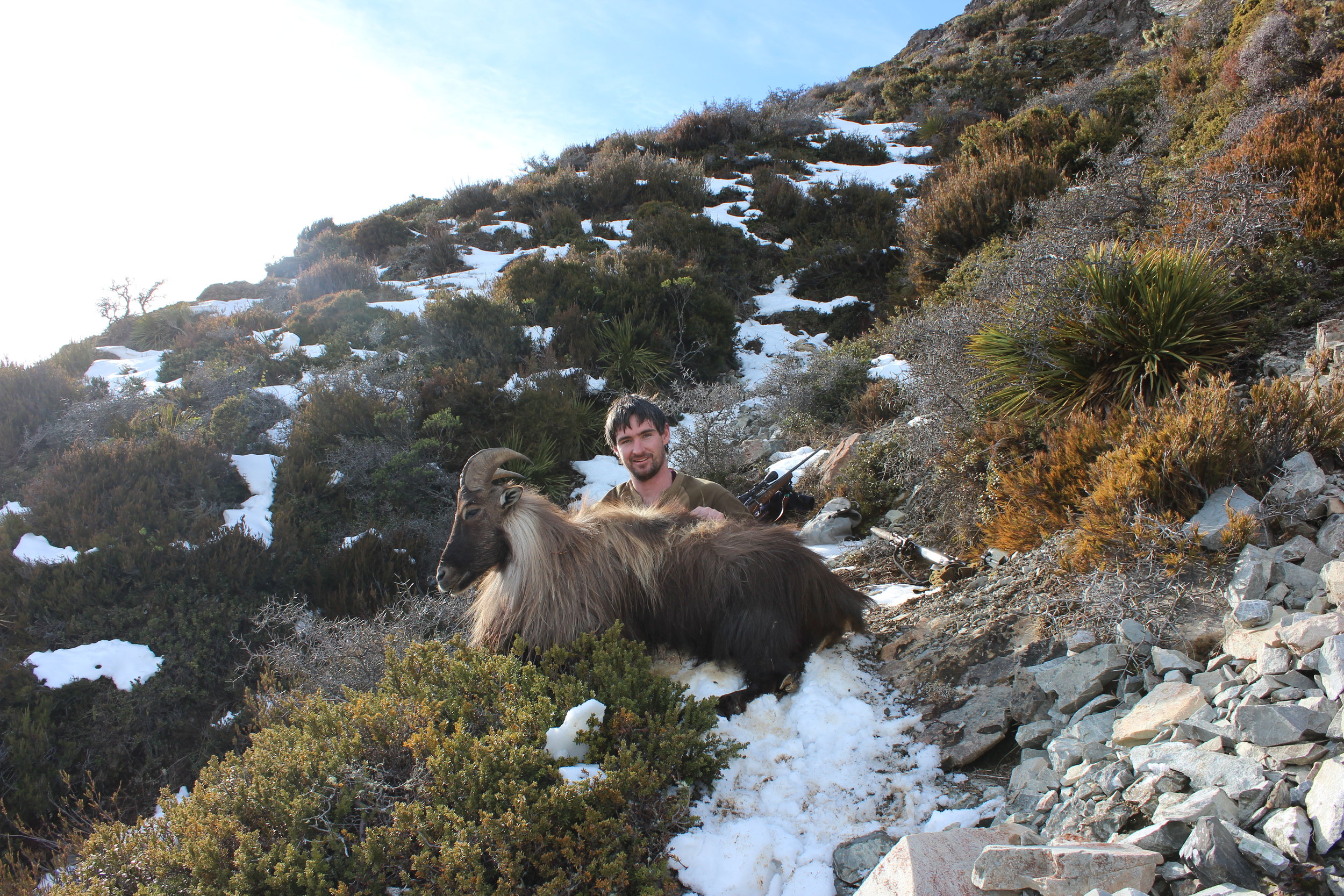 Stoked with our efforts on a very good bull it was now Drews turn on the gun. We spotted another mob of bulls within reach and off he went on bee line straight for them. I sat back and watched as he got closer and closer. Drew got so close I thought he was going to try and catch one, I do believe he was no more than forty metres when the 30-06 spoke. I had eyes on the lead bull as the projectile pumped him right in the sweet spot sending big plumes of hair out the other side. Another clean kill as the bull bit the dust ending up in the steep gut below. 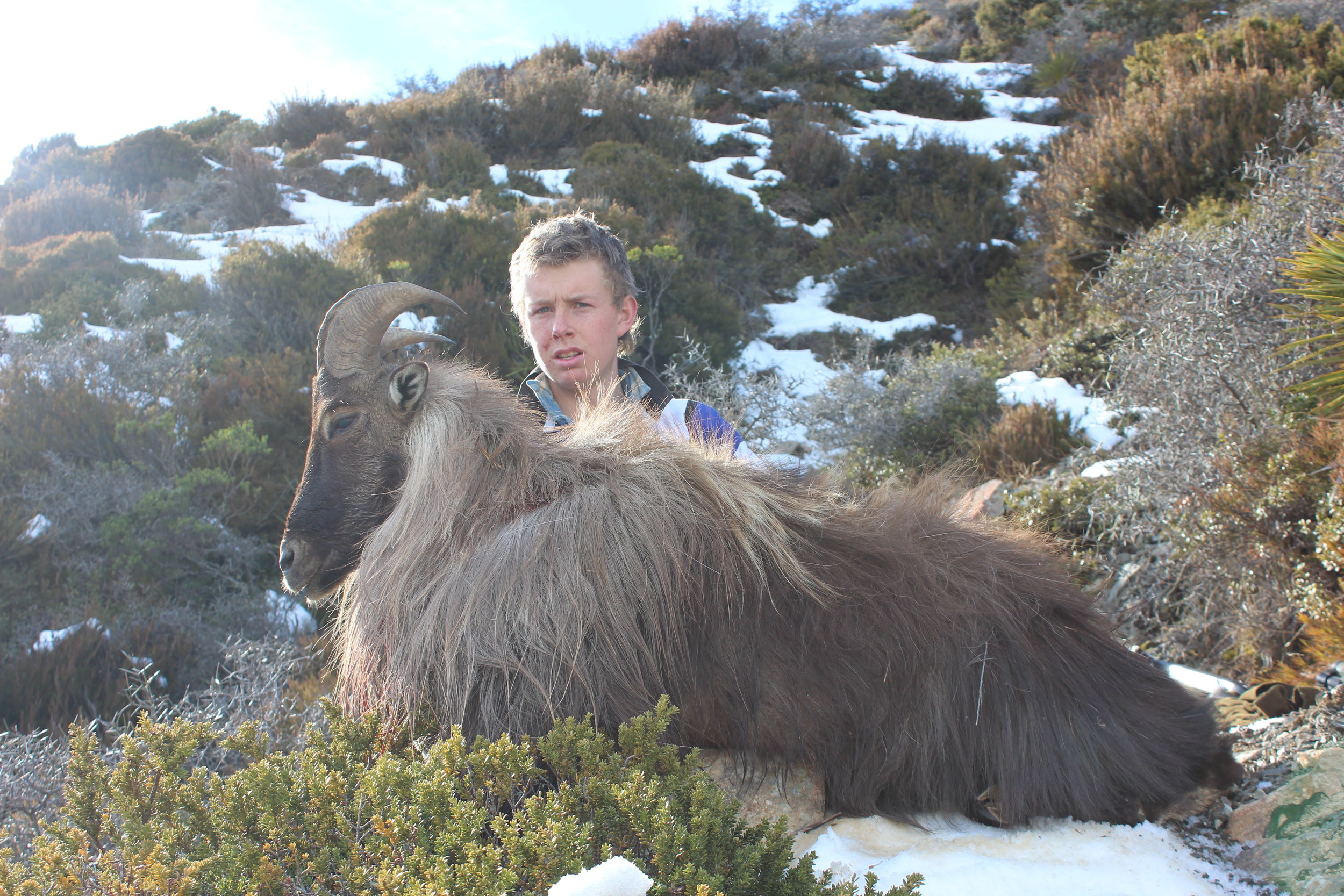 I made my way up to Drew and helped him pull his bull out of the steep stuff on to flat ground. Another solid bull breaching the 12-inch mark with a nice beefy mane on him. After taking a few photos we whipped the head skin off and headed back to camp. It’s amazing how much height we gained without even realizing it luckily it was all downhill from there. Another successful trip and one to remember. 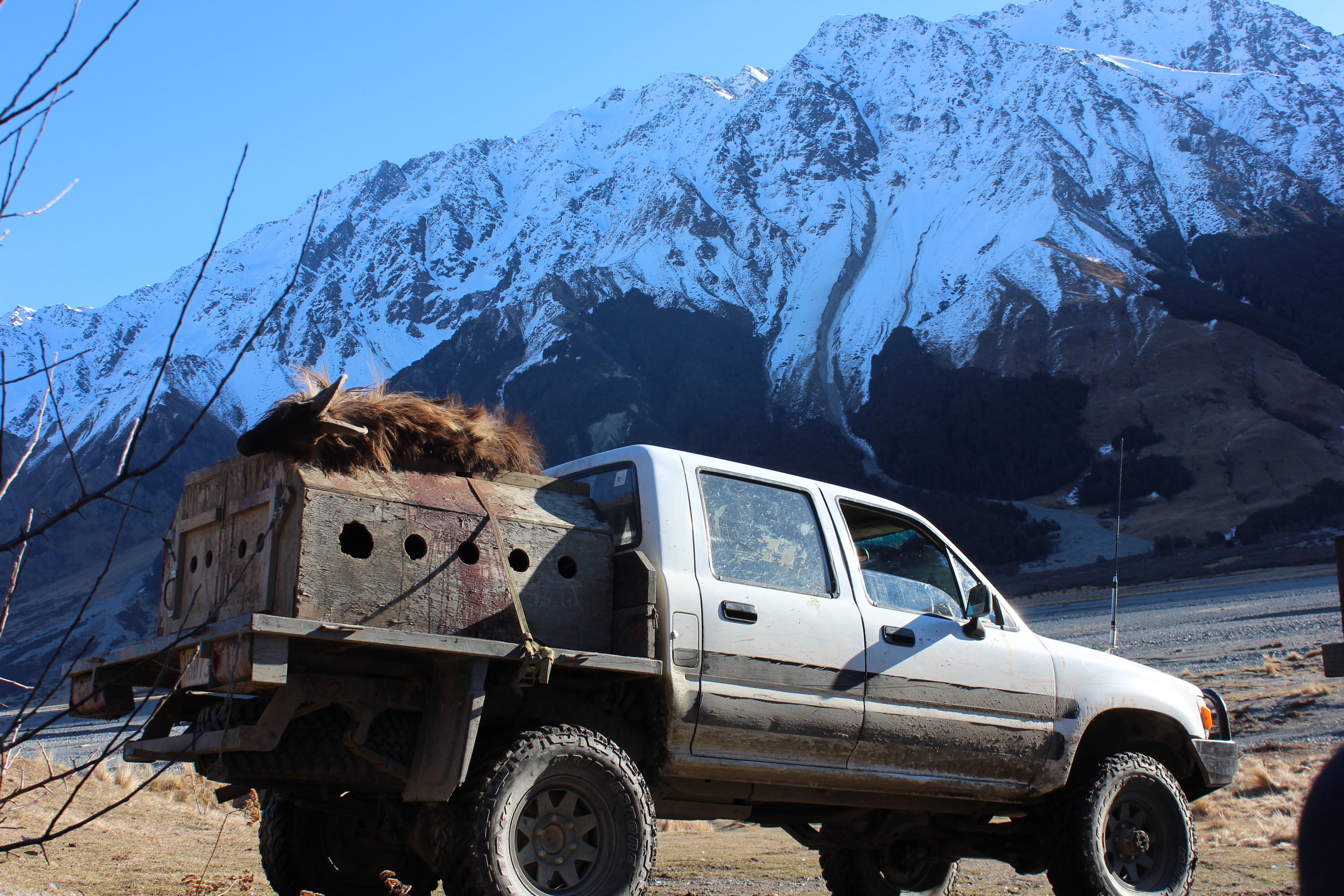