As the legs recover from chasing stags the focus shifts to finding those big old bull tahr in the bad weather that frequently coincides with the start of the tahr rut.

The terrain these animals live in is what keeps most people coming back year after year,  and dealing with the steepness, scrub and snow means you really need to hunt smart.

It can take quite a bit of walking or a bit of past experience to find the bulls early in the season, as they generally will be still mobbed up until the onset of the rut. Once the rut gets underway these guys will be mates no longer and often travel quite long distances to their preferred rutting grounds, usually returning to the same area year after year. 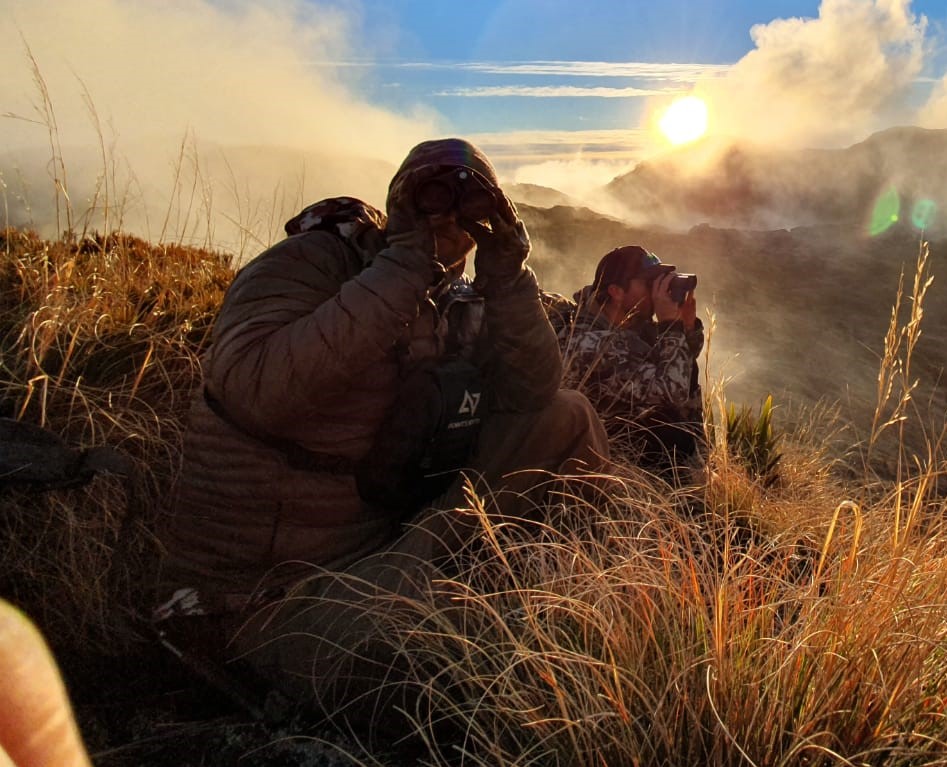 This makes your timing quite important in the early season, as even in a big catchment, the bulls might be all concentrated in one or more area’s. A couple weeks later they will be chasing nannies around throughout the valley or neighbouring catchments, with different bulls showing up all the time as they make their migration. In late winter the bulls will re group and slowly start sniffing out the new growth as things warm up in springtime. 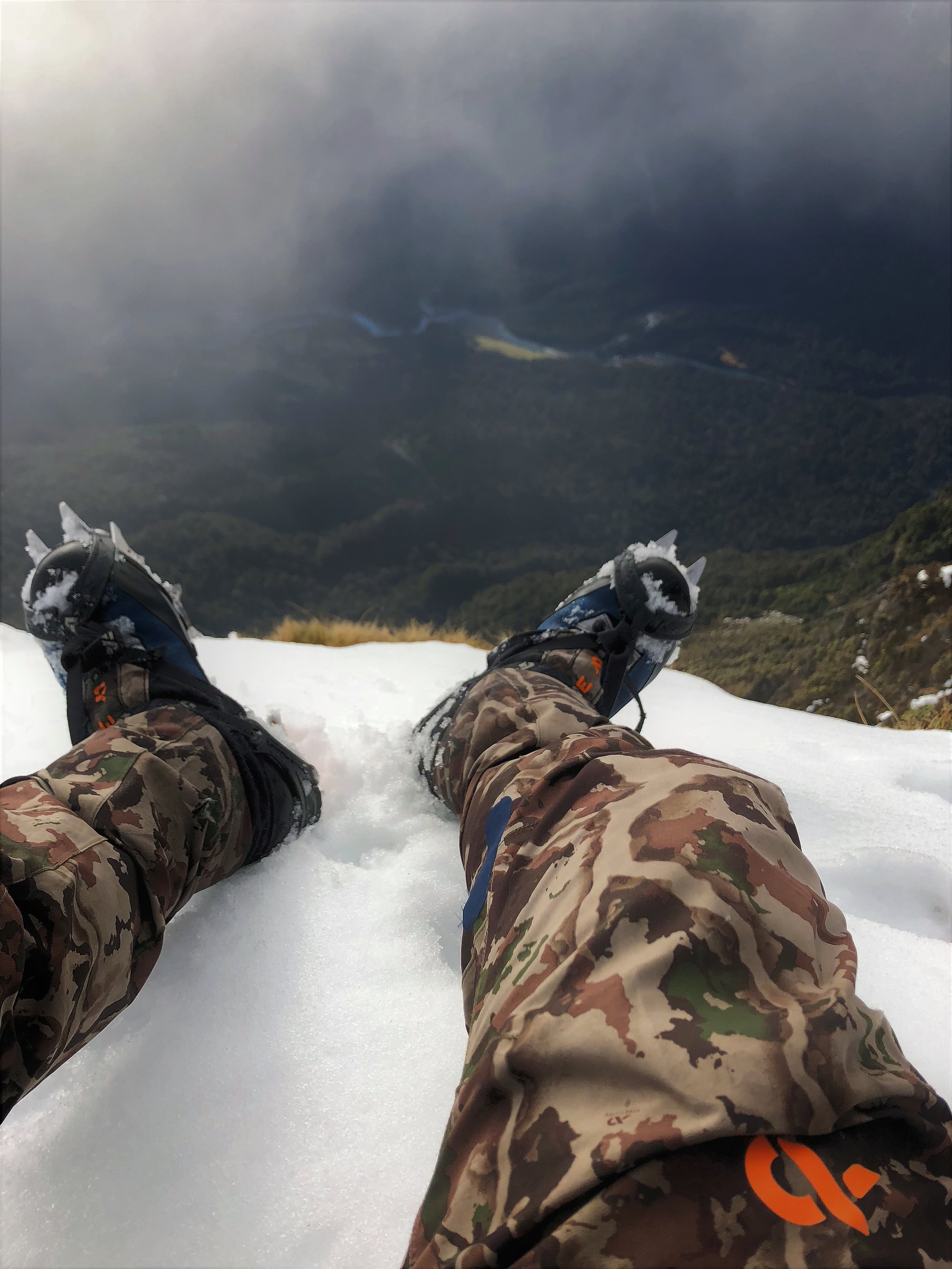 Of course, there’s always exceptions and quite often those scrub dwelling old bulls don’t actually move too far. Having become conditioned to heli hunting pressure, some will pretty much spend their whole lives living in the scrub. As counter productive as heli hunting is, this does create some opportunities for foot hunters to target the scrub for those cunning old bulls. In saying that like 99% of kiwi foot hunters, we would be very happy to see the end of heli hunting for tahr and chamois. 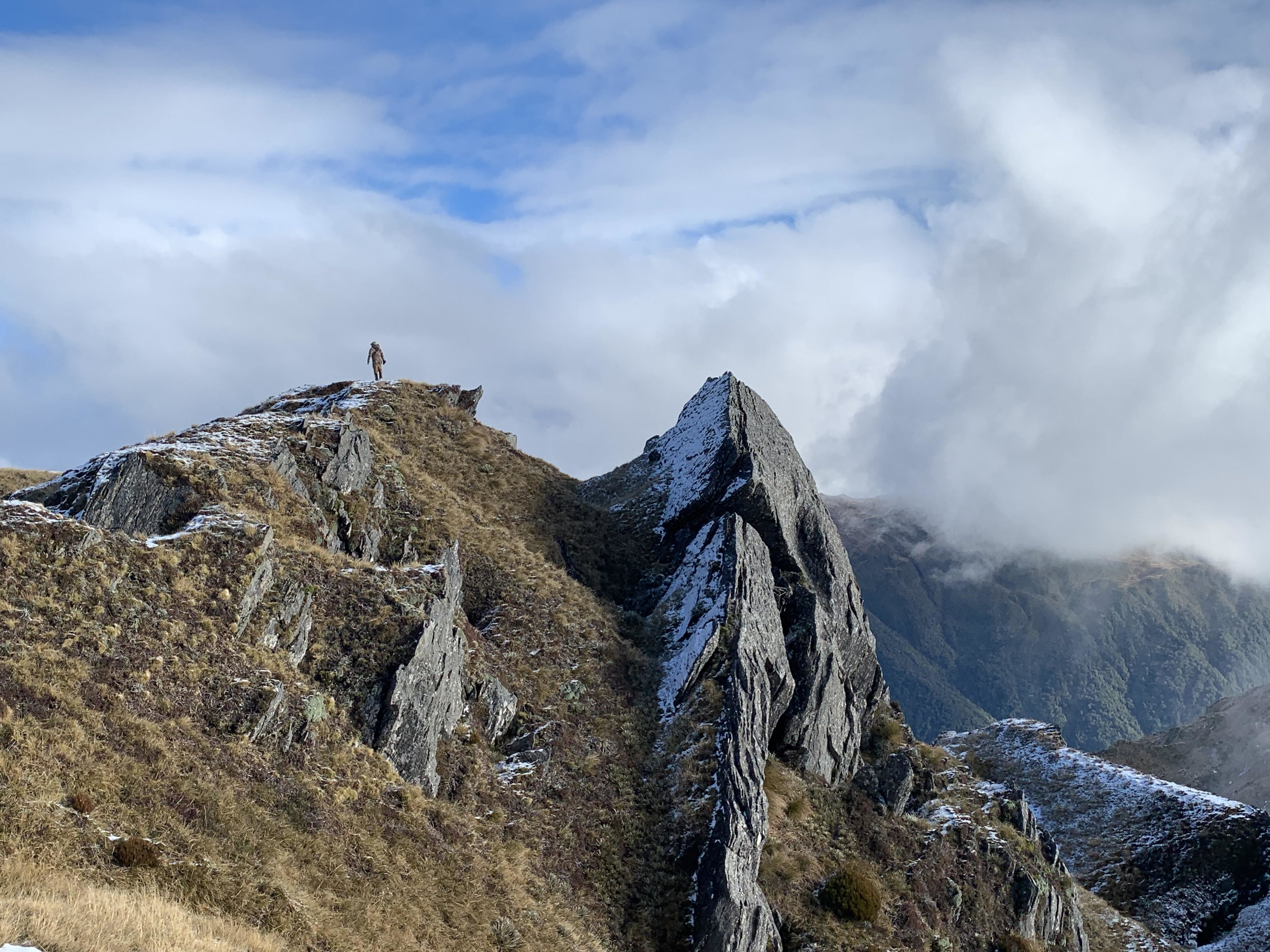 As we know, with alpine hunting the weather is the key. In some places your timing after a storm can make a difference. For example, there are a few places were we target the animals in the lower bluff systems where they’re actually within reach during or straight after a storm. 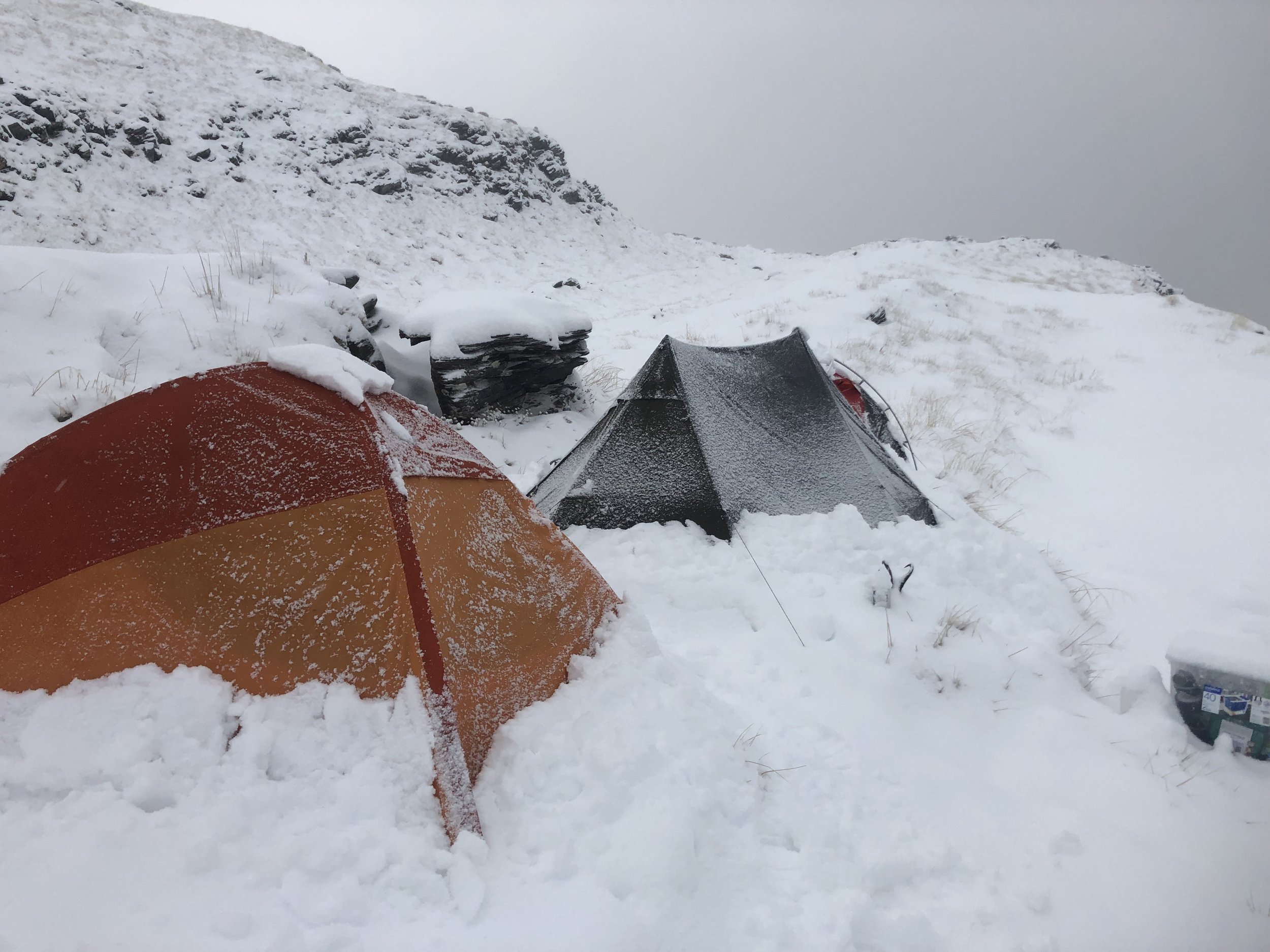 Half of the appeal of winter tahr is their big, shaggy capes so although they can be easier to hunt at lower elevations in spring, the real hunting challenge is that mature rutting bull in his full winter cape. Bull tahr don’t mature until 7-8 years of age, and they’ve been known to live to twice that age or more. There are number of great past magazine articles, online articles and books out there on judging tahr on the hoof. Seek those out if you haven’t already, but the key is age and seeing those growth rings stacked up. Here is a really good one 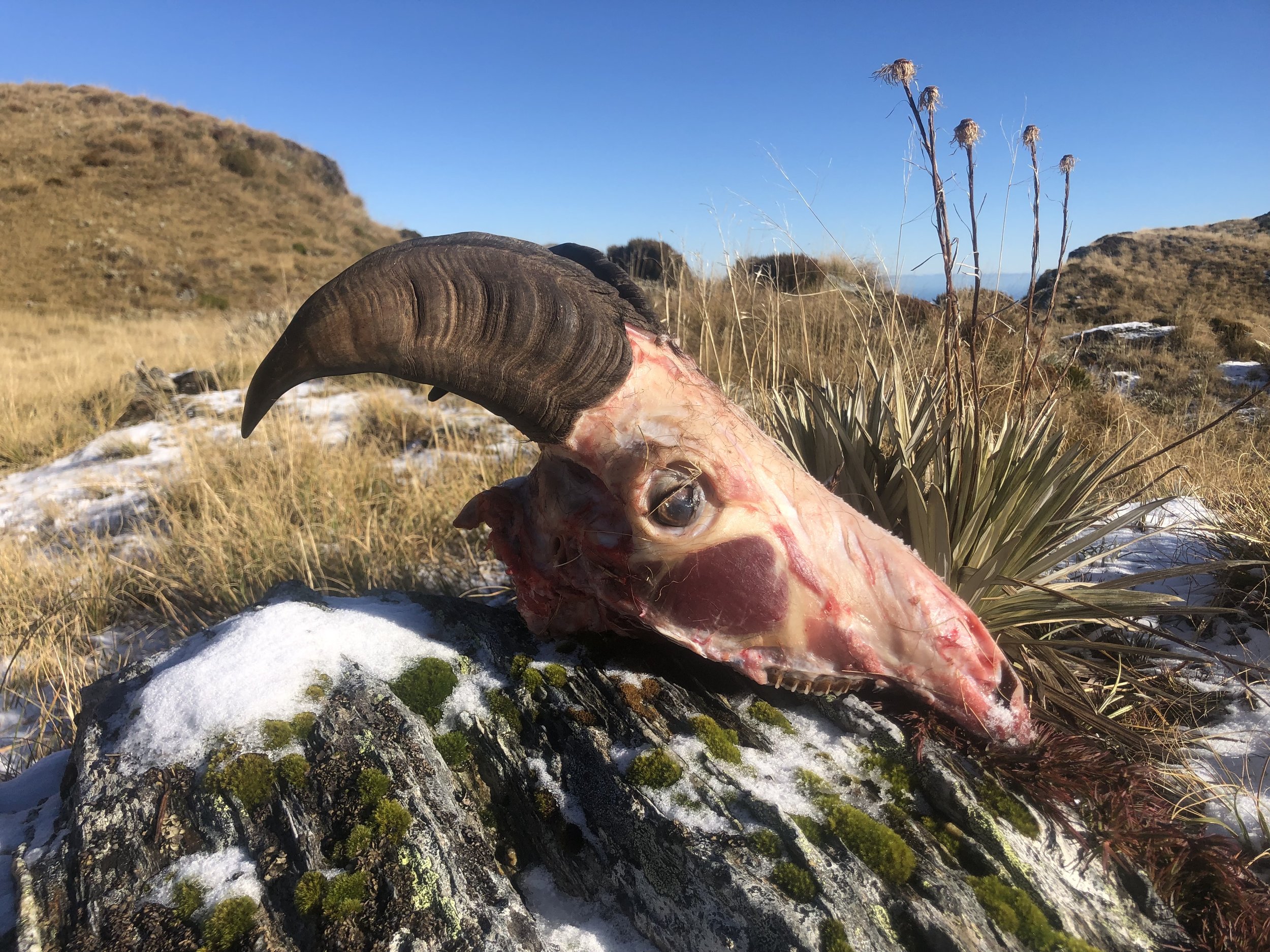 A great bull to shoot, old and never going to get much better than he already his

Like most of our big game animals tahr are creatures of habit and understanding those habits will certainly help you create more opportunities on mature animals. Generally, tahr will run the same daily routine of feeding through the same areas. They will feed down out of higher country in the evening, and then back up again in the morning. This means that the big bull you had in the spotting scope right on dark from the valley floor will generally head back the same way in the morning and feed out the same way again the next evening. These habits can obviously vary a bit depending on the terrain and feed, but one thing to note is that tahr generally don’t move at night.

A fairly common tactic is too spend a heap of time with good optics to pick out the bull you’re after, then climb up at the right time to intercept him in a place that it’s possible to retrieve him. During the rut there will often be a number of bulls hanging around the nannies, but usually only one dominate bull. These satellite bulls will bow down and step out of the way of the dominate bull, or risk getting put in their place. What this means for the hunter, is that patience is key. Take the time to look at all the bulls and locate the dominate one. A common mistake is to shoot the first big looking bull in attendance, when often there can be an older/bigger one also there that you’re yet to lay eyes on. This can be especially hard to figure out in bluffy country or Westland scrub. 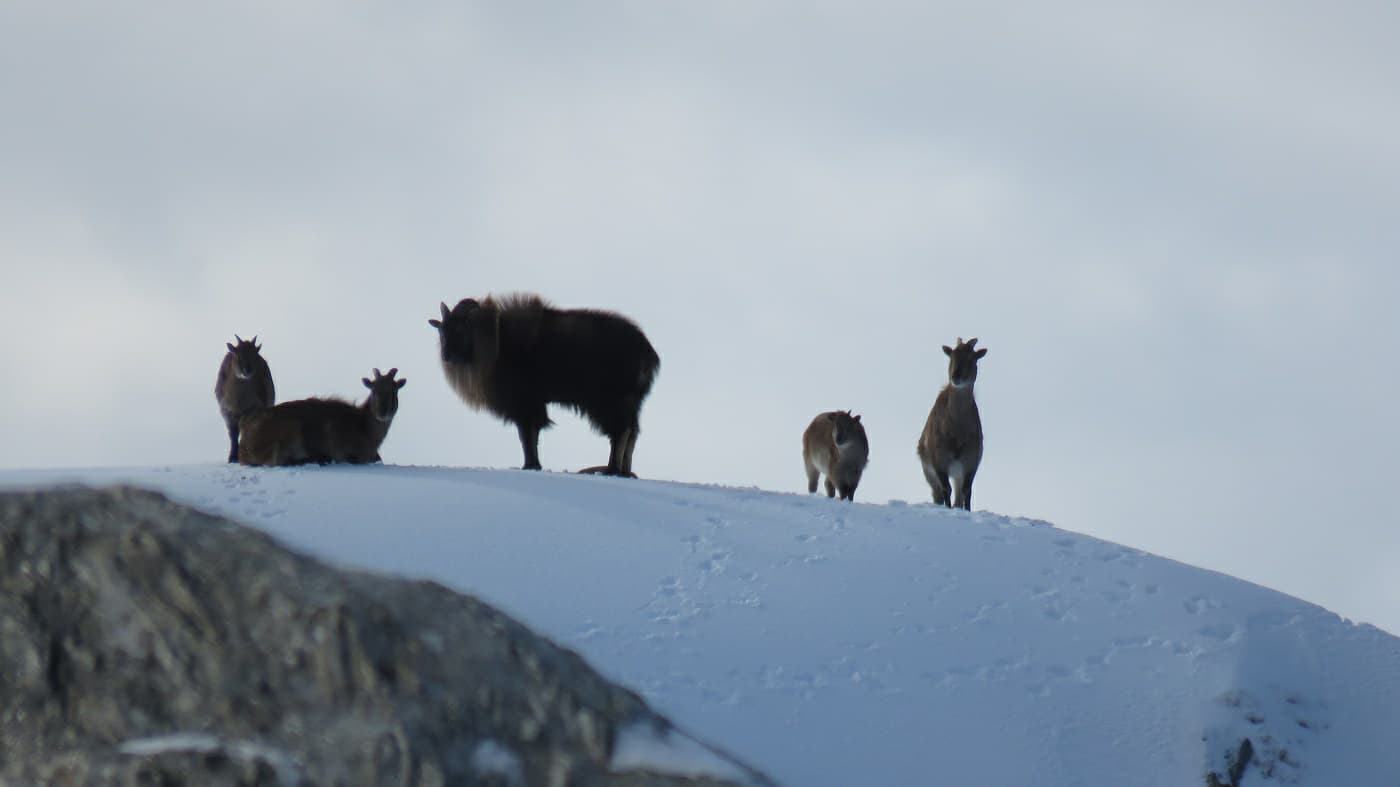 Tahr will spend a significant amount of the day bedded down and they are really only actively feeding for a few hours from daybreak and again in the evening. In winter they can spend even less time feeding but it is possible to spot them bedded down during the day with a good set of binos.

If you’re serious about taking a big mature bull, then some decent bino’s and a quality spotting scope really are a necessity. These two items will not only save you some leg work, but will also save you the disappointment of realising what you’ve just shot isn’t yet mature.

Young female tahr can be fantastic eating, so be sure to take a couple for the pot. Last rut we ate particularly well as one of the boys was organised enough to throw an “old school” camp oven in the machine. There’s no excuse for not eating well when you’re flying in and realistically you need good food with all the “vertical” you’ll climb everyday. 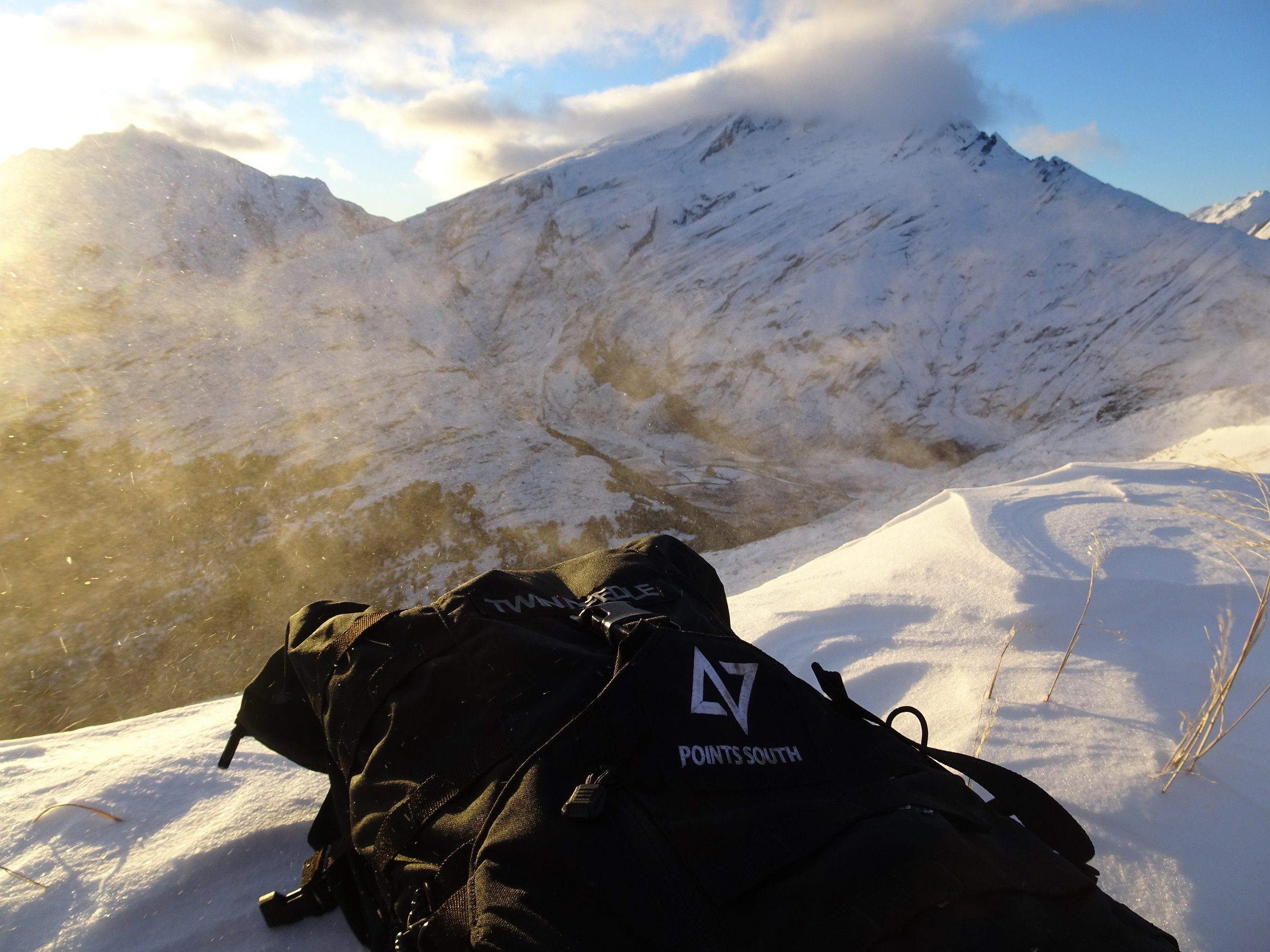 Make the most of your trip. We are very lucky to have what is realistically the only huntable wild population of tahr in the world. Hunting these animals in their native Nepal is highly restricted and expensive, with only a handful of licenses granted by the government each year at a cost of about $20,000 USD each.

Finally a handy tip - and I’ll admit it wasn’t me who thought of it - fix those frozen gaiters that you struggle to get on every morning by sticking them under your roll mat for the night. 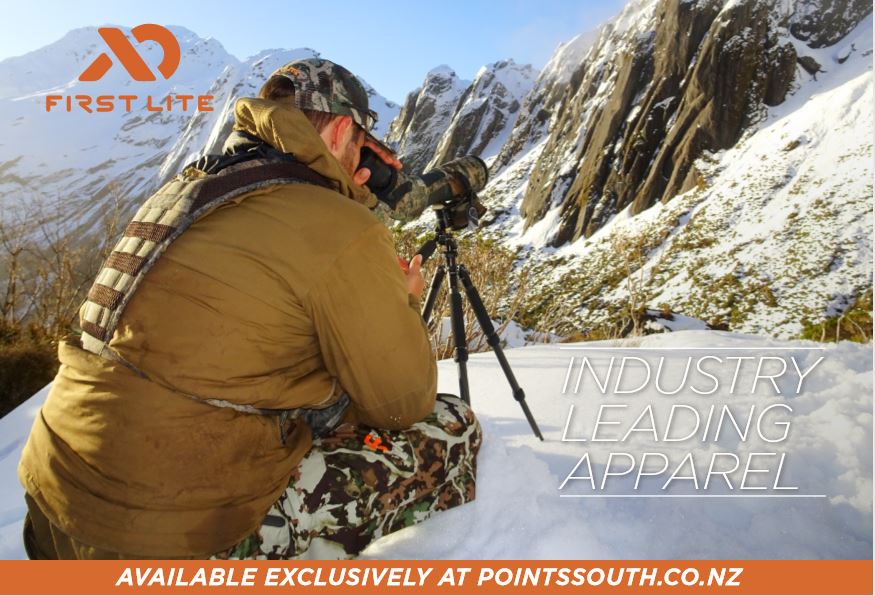