A Buck Load of Effort

Hunting can be frustrating at times. For years I’ve been hell bent on finding a Cham over that elusive 10” mark. And to be honest over the years I've shot three that were excruciatingly close to 10 inches, so for the last couple of years I've been determined to not shoot another 9 inch buck. And it makes sense, those 9 inch bucks could one day be 10 inches.

For a while I’ve been targeting a certain spot in the early rut before there’s too much snow to move around easily. Over the years I’ve seen a few good bucks there, but had mostly been targeting the post rut stags that also seem to kick about. 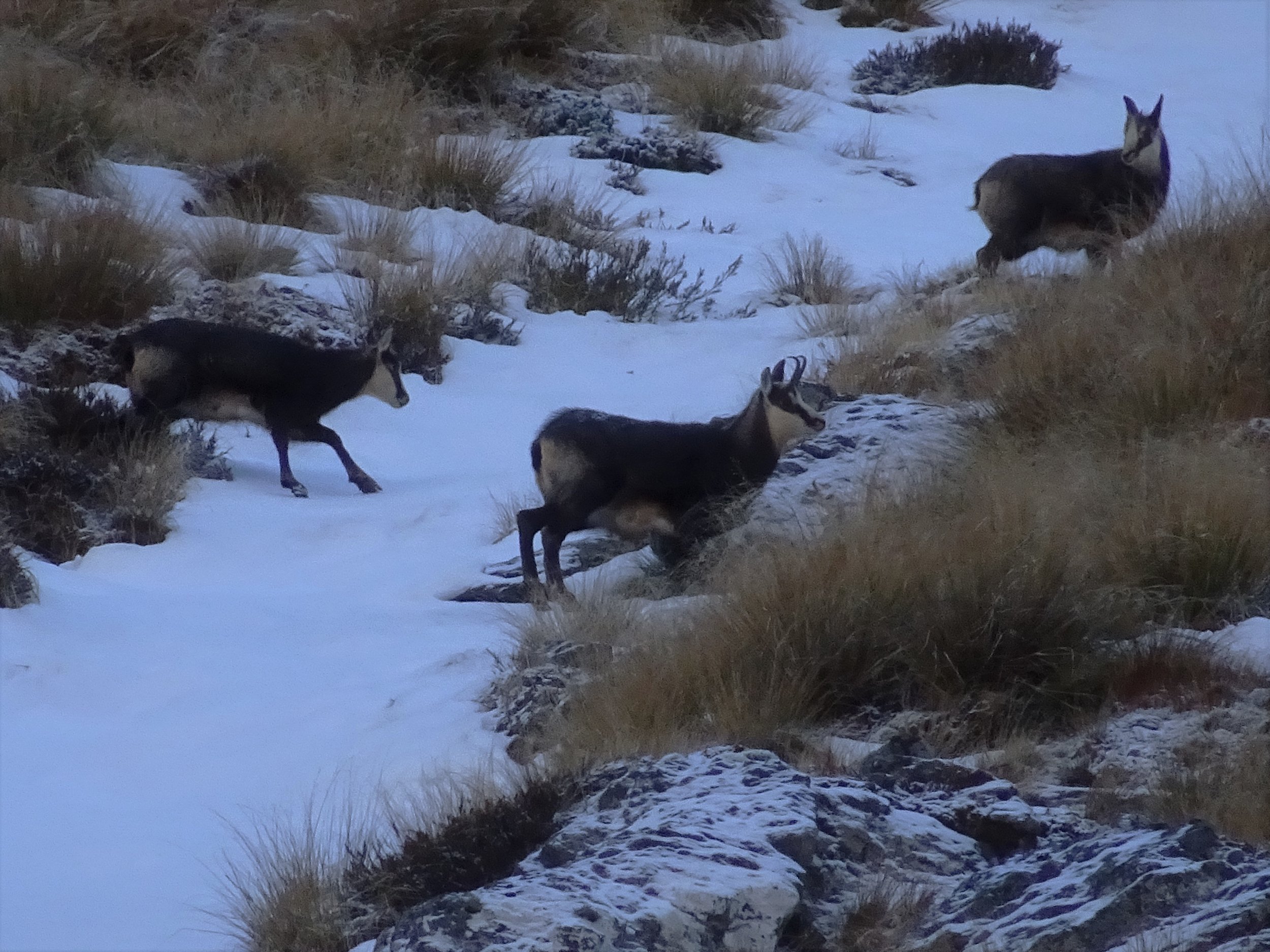 In 2015 in this same area Luke Potts and myself had left a young 10 point stag with serious potential and continued on up valley and ended up taking a really old buck. Even though he had broomed maybe an inch off both tips, he still measured just shy of 10 inches.

Same place in 2016 and we saw a buck that we thought could well be 10 inches, but fortunately he didn’t give us enough time on the spotter before making an exit.

So this year we went back with just that buck in mind. Same place, same time of year and same timing post snowfall. We found what we thought was the same mature buck with heavy bases only a few hundred yards of where he was the year prior. After about 20 minutes on the spotter trying to get a look from every angle and doing the usual back and forth about his age and length, we decided to send a 168gr Berger his way. 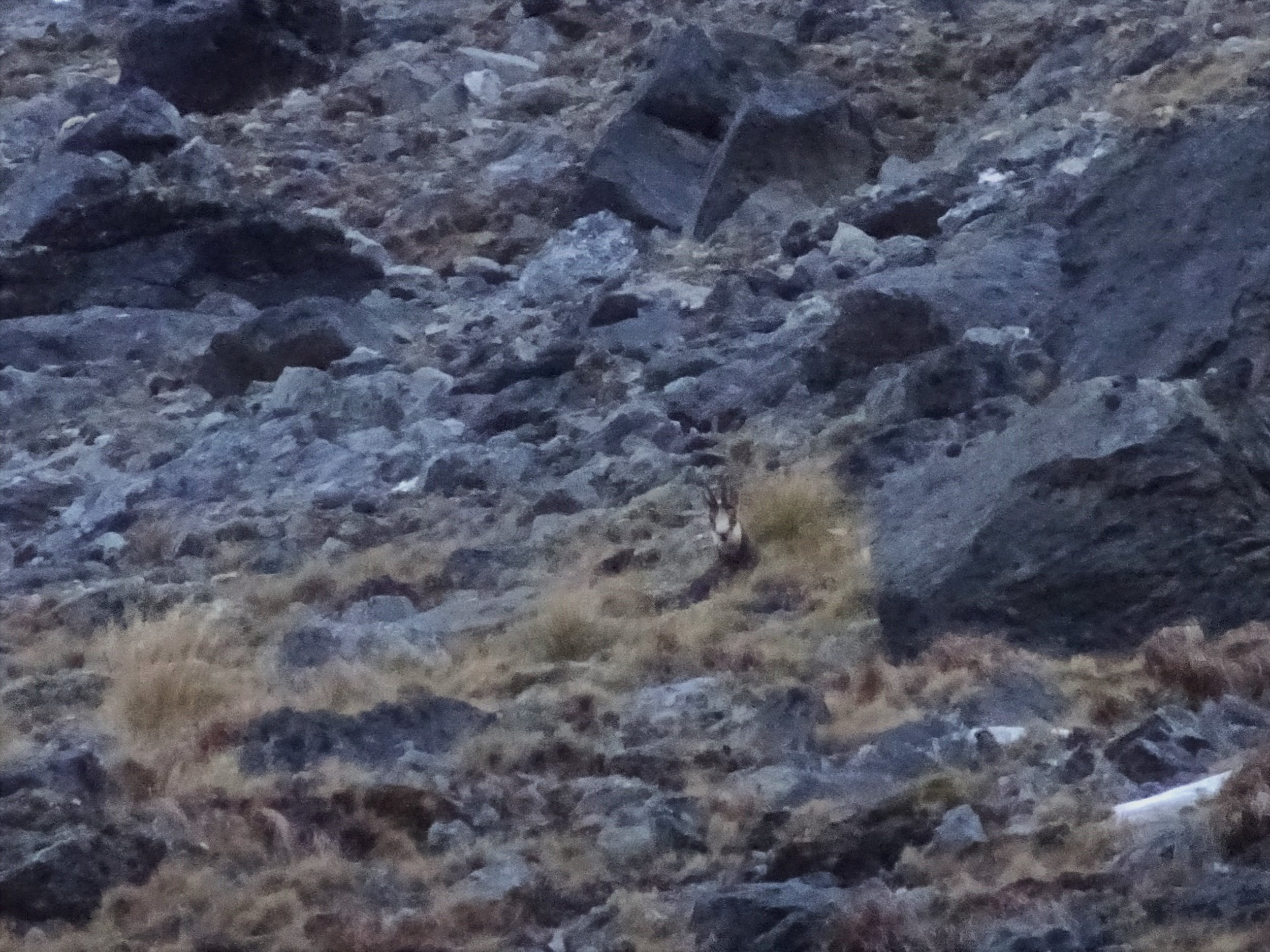 What followed next was not pleasant. I put a shot perfectly on the shoulder at 350 yards, I didn’t know it at the time until we looked at the footage but that buck was dead on his feet. The shot was taken on the last possible shooting light and I have no doubt if it hadn’t been for the recent upgrade in optics I wouldn’t have had hope of making the shot in the super low light. By the time we got up to where we thought he should be (taking in every landmark we could as we knew this was going to be an issue) and in complete darkness and falling snow we were stumped.

Flicking back through the photos to make sure we were in the right spot and with head torches on we finally found some blood and managed to get a direction. With the really lite blood trail and falling snow I was starting to get that sinking feeling about how shit the morning was going to be looking for this animal again with fresh snow on the ground.

Then the sound we all like to hear “yeah got it”, I could relax.  After enjoying the fact we could now stop searching we realised that we were in fact a hell of a way up a steep face, freezing cold and had quite a mission to sort this buck out and get back to the tent. 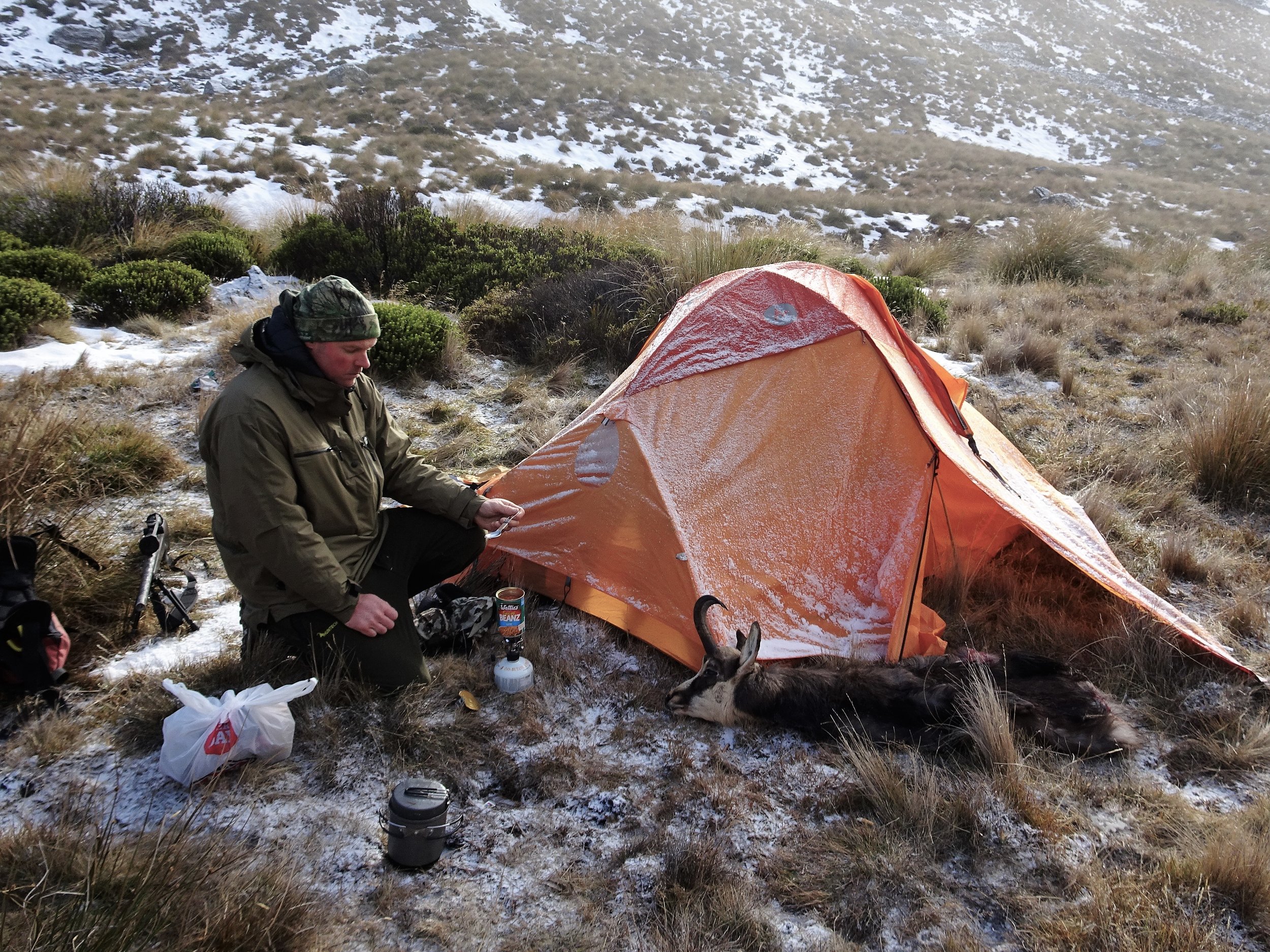 Finally after a number of years of effort and passing up a bunch of animals, I finally had that 10 incher on the ground. Sleep came surprisingly easy, even though the temps were well into the negatives.

Getting up at first light to go hunting again wasn’t easy with the cold, but only fair as we needed to have look for something similar for Nick. What we found was possibly better, another very promising buck that in maybe 2-3 years will also be that 10 inch buck. Its so good to see that next animal that’s going to be the dominate buck when we have just taken the old boy for a ride in the backpack. 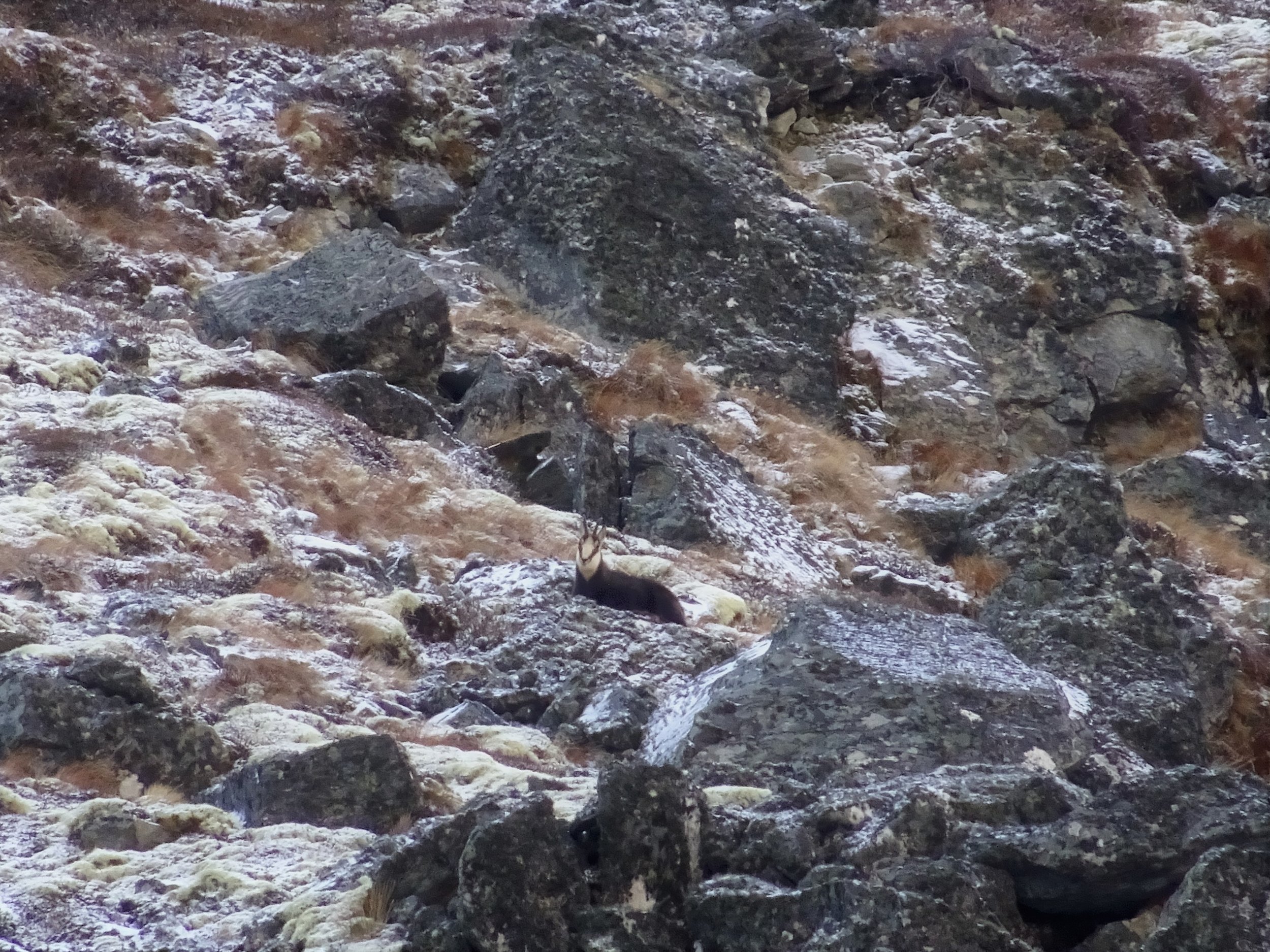 Promising young buck. He has ok hooks and solid bases, worth another look in a couple of years.

This will be the first animal I’ve ever mounted for the wall, and he’s worthy not for the length but for the place, the time and all those animals I’d passed up along the way.

I dropped him into David Jacobs the next day where we actually had the time to throw a tape over him properly. 10 inches on the short side with 4 inch bases made him an exceptional buck for the area I was in.

Here’s hoping Murphy is right and as soon as I get this guy on the wall, I end up tipping over something older and bigger.

Patience does pay off, let those animals get some maturity. 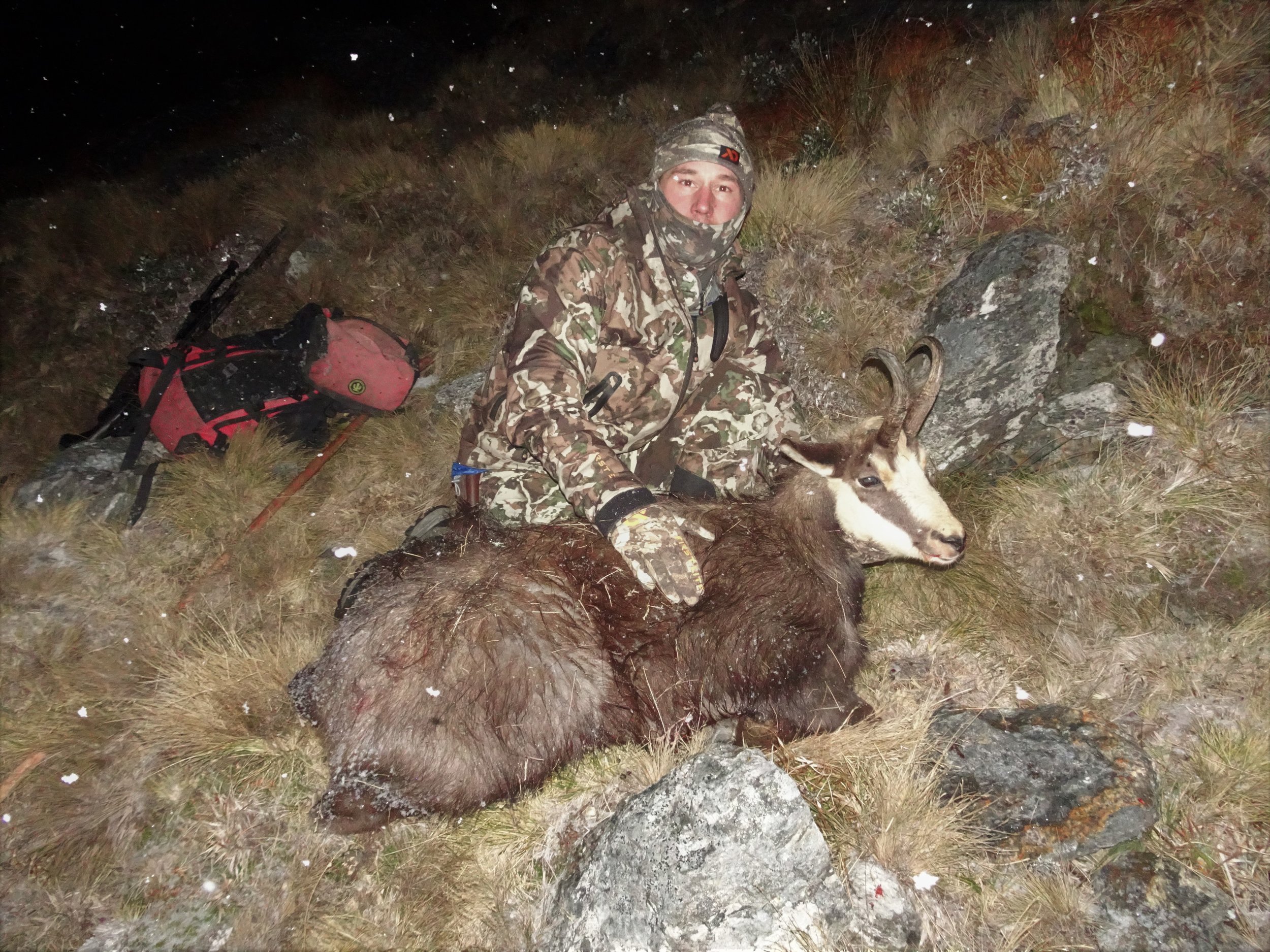